The rumors of Predator’s arrival in Fortnite ended up being true as players are now able to hear the sounds of this fearsome foe while moving around Stealthy Stronghold and they can even visit his spaceship.

All of this comes on the heels of the v15.20 update, and while this doesn’t exactly confirm that Predator will eventually be a skin, it’s definitely a start in the right direction.

If you’re interested in visiting the crashed ship, you can do so right now, but it won’t be like The Mandalorian where you can find a roaming NPC around it. By visiting this Mysterious Pod, you’ll be able to get your hands on a Predator icon.

Instead, it’s looking like Epic will be building up this storyline as the season goes on, so he’s not exactly ready to reveal himself just yet. Here’s where to find his ship.

Where to Find Predator’s Ship 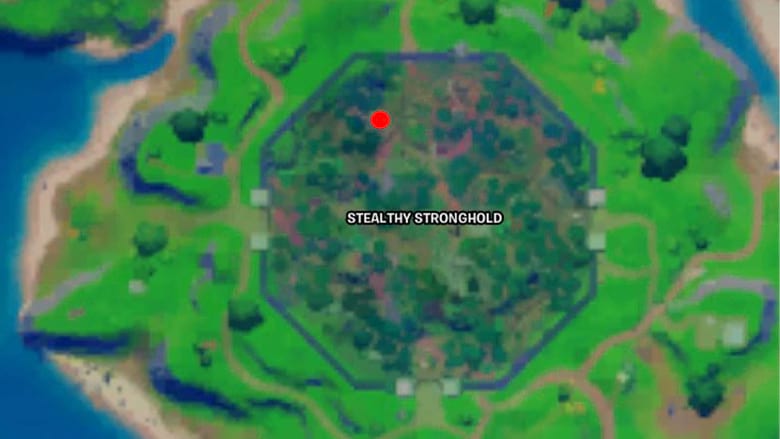 Unsurprisingly, you’ll have to bring yourself over to Stealthy Stronghold, which is one of the new locations of Season 5, but there was never really much of a reason for players to head here in the first place.

Well, now there’s a reason to be here and it’s to see the Predator’s ship. When you’re gliding into the Stealthy Stronghold, you’re going to want to keep your eye out for a small ship tucked away in the trees.

It’s a lot less prominent than the Razor Crest crash site, so you’ll need to pay more attention here, but you’ll have no doubts once you actually see it.

To complete this simple quest, all you’ll have to do is land here, so once that’s done, you’re free to do whatever you’d like.

There are plenty of other Predator quests to complete, so if you want to get all of those done in one day, you’ll have that to do.

They aren’t the longest quests in the world, but they do require some time, so if you don’t want to be buried by the new weekly challenges too, then you might want to get them done fast.