The cat is officially out of the bag and Predator is coming to Fortnite, which is actually something that many fans predicted would happen at the start of the season.

To their credit, Epic Games did leave a trail of breadcrumbs for players to follow, so there was a lot of payoff for anybody who was paying attention to that.

While the skin can’t be unlocked just yet, it’s expected to happen on January 20, so we’re not far off at all. As we wait, we can continue to be frightened by this fearsome foe by listening to him make his clicking noises in the woods.

In order to hear this, you’ll have to head over to Stealthy Stronghold, but there will be no mistaking the noise once you hear it.

If you haven’t heard it yet, here’s the audio.

Fortnite leaker Mang0e has the full audio if you haven’t been lucky enough to hear it in-game, or if you just don’t feel like hanging around Stealthy Stronghold longer than you have to.

For people who are unfamiliar with the Predator franchise and the noises that these creatures make, this won’t really mean anything other than just a prolonged scary noise.

The predator appears to be hiding in the bushes at Stealthy Stronghold, and you can occasionally hear him lick his lips and call out to you! :monkaW: pic.twitter.com/Dq9zpThVs7

However, this noise alone ranks among the scariest things Fortnite has added to the game, and we remember Guided RPGs.

Will Predator Be a Boss? 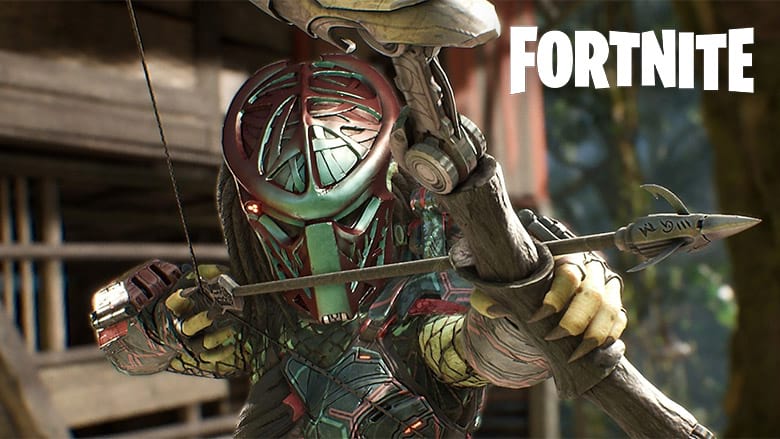 In Chapter 2, we’ve seen the secret skin become an actual boss a few times before with Wolverine and Deadpool as notable examples.

With that said, Aquaman never got to stomp around at Coral Castle, and for some reason, that location is still in the game, but that’s another conversation entirely.

With the audio showing up in the game, it’d make a lot of sense for Predator to become a boss NPC, but what weapons would he drop?

We don’t have any information about potential Predator weapons or items, so his loot might be the thing that’s stopping him from being a boss. Perhaps he could just be a character who drops nothing of value, which would put him at a similar level to the IO Guards before their change.

READ NEXT: Next Fortnite Season 5 Hunter May Have Leaked

The Predator is a very scary foe in Fortnite.