Something that pretty much every Fortnite player knows by now is Epic Games is always working on something behind the scenes.

Whether it’s new map locations, weapons, items, skin or even a new season, we can always know something is just over the horizon.

According to a new leak, it’s looking like Epic is messing around with a minigun grenade launcher hybrid that would definitely end up being one of the most powerful weapons in the game.

While we don’t know the damage stats of this weapon, a look at video of it in action definitely raises some eyebrows and leads us to wonder how exactly a weapon like this could ever be balanced.

Take a look for yourself.

In a short video clip from Fortnite leaker ximton, we can see the leaked “TinStack” weapon in action and it shoots like a minigun, but instead of regular bullets coming out, it’s explosives.

Without knowing exactly how much damage this will do to builds and other players, it’s tough to tell how it’ll work, but from the outside looking in, it appears quite powerful.

Then again, we currently have an Exotic sniper rifle and that shoots clinger grenades, and even that isn’t extremely overpower, so maybe this could work.

Is This Another Exotic? 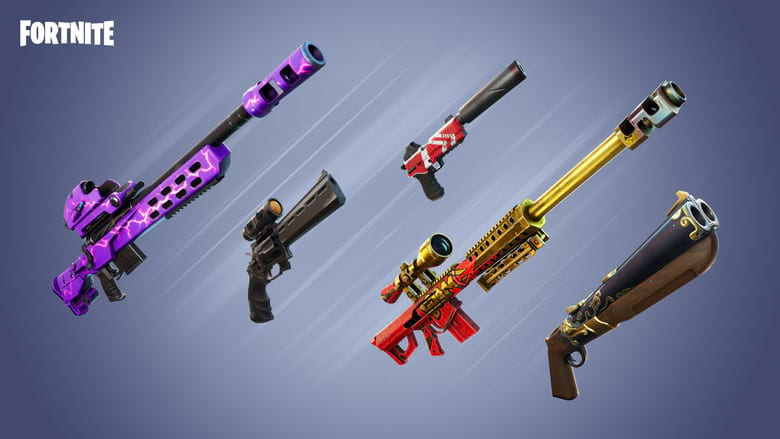 Another thing that could potentially turn this into a more balance weapon is by making it an Exotic.

For those of you out of the loop, Exotics can only be obtained by the new Season 5 NPCs by spending Gold Bars, so not everybody will be able to have one in any given game.

The Exotic weapons are more powerful that your regular items, but are also harder to get, so there aren’t too much of a threat in your typical game.

Then again, Gold Bars do carry over from game to game in the regular lobbies, so depending on how often you play Fortnite, you might be able to get one every match.

We don’t know exactly what this minigun grenade launcher will be like in the game, so we’ll just have to remain patient and hope for the best.

Loading more stories
A leaked Fortnite weapon looks like it'll be a real problem if it gets released.