Lost in all of the excitement surrounding the Predator’s crashed ship and new shotgun was the fact that Epic added a new Exotic weapon to Fortnite.

The Hop Rock Dualies were added following the latest v15.20 update, and they work just as they would sound. While using them, you’ll gain the power of Hop Rocks, which gives you the ability of jumping high up in the air, similar to consuming a Hop Rock.

Now, you won’t be able to find this new weapon in a chest or as floor loot, but instead you’ll have to take your Gold Bars to a specific NPC in order to buy it. Here’s where you can do that.

Where to Buy Hop Rock Dualies 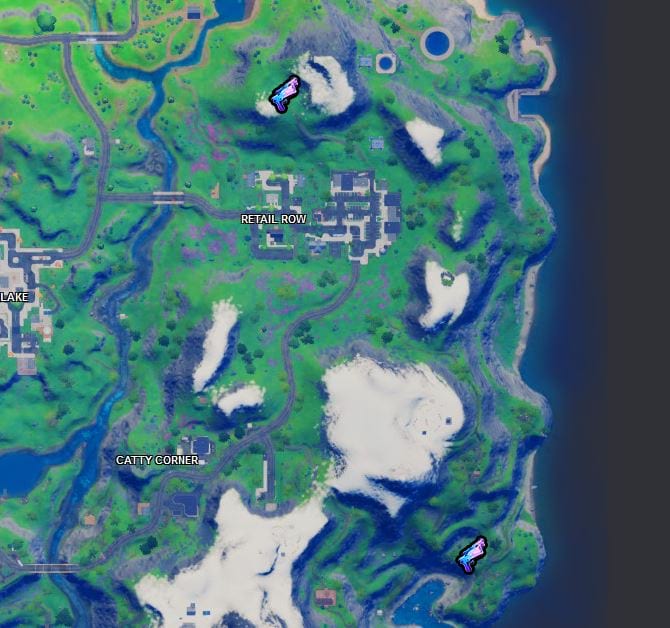 Epic Games / Fortnite.ggHere’s where you can find the dualies.

You’re going to have to visit an NPC named Cole if you want to get the new gun. He has two different locations you can visit, which you can see in the map above thanks to Fortnite.gg.

Keep in mind that he doesn’t spawn every match, so you might get unlucky if you’re landing there. You also might run into some opposition in trying to buy them since a lot of players will be trying to do the same thing.

You’ll also have to hope that the dreaded Gold glitch doesn’t rear its ugly head and make it look like you have no bars to spend.

Are The Dualies Good?

Even you’re actually able to get your hands on the Dualies, you can rest easy knowing that they are pretty strong.

Of course, you’ll want to make sure you’re up close and personal while using the new guns because they don’t have much range.

When the bloom hits just right, these can definitely be one of the most deadly guns you come across in all of Fortnite. The only downside is the fact that they are so rare and hard to get your hands on, so you won’t be able to rely on them too often.

Loading more stories
wpDiscuz
0
0
Would love your thoughts, please comment.x
()
x
| Reply
Here's how to get your hands on the new Hop Rock Dualies in Fortnite.