You might know by now that there’s a Star Wars-themed location on the Fortnite map called Kit’s Cantina.

What you might not know is that you can easy eliminations by performing this simple strategy.

Of course, it does require you to own certain cosmetics, so unless you’re somebody who buys a lot of the Item Shop contents, there’s a good chance that you don’t have what you need.

It also doesn’t help that Kit’s Cantina isn’t exactly the most popular drop spot on the map, so you might find yourself waiting around much longer than you’d like.

If you’re still interested in knowing what the strategy is, then read on.

Upon landing at Kit’s Cantina, you’ll want to walk up to the dancing hologram and perform the Accolades emote if you have it.

If timed correctly, you’ll begin emoting and look pretty much the same as the hologram, and to the naked eye it’ll just look like the hologram.

In SypherPK’s video, you can see this actually working very well, and it helps if you leave some bait out like the Mandalorian’s sniper rifle. You’ll also have better success if you pop on a skin that will more closely match the color of the hologram.

One thing to look out for, as seen in Sypher’s video, is the fact that Mando could show up and ruin your day if you’re not paying attention. 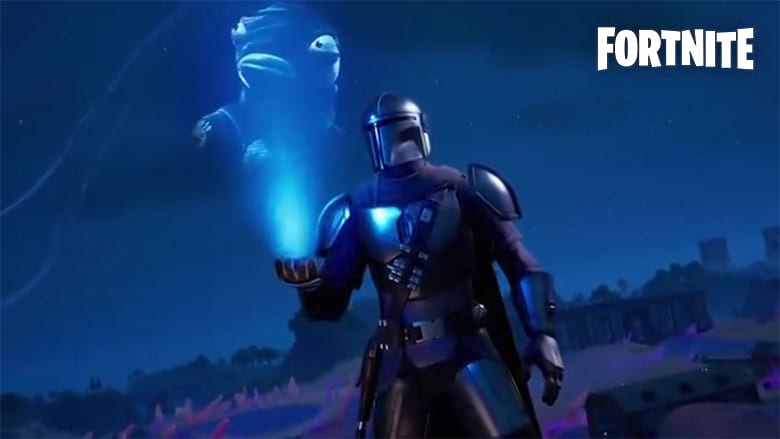 Now, this strategy might not be all that worth it because you’re likely not going to be winning many games with this.

However, it can be good to mix things up and get an easy elimination or two while having some fun. It’s no secret that the average Fortnite player has increased in skill over the years, so blowing off steam like this might be what you need to get away from it all.

Since this location isn’t too popular, which is just part of the problem with not being a named location, you’ll likely just find yourself sitting here for half of the game, but if you get an elim, it’ll all be worth it.

Kit’s Cantina will likely be hanging around until the end of the season, so you have plenty of time to try out this strategy and see what you can do with it. Perhaps you could even get a win, even if that is the most unlikely of outcomes.

READ NEXT: Fortnite Tron Pickaxe Has an Exclusive Animation

Loading more stories
This "pay-to-win" strategy can be used for easy eliminations in Fortnite.