Ever since fishing was introduced all the way back at the start of Fortnite Chapter 1, it’s been a staple of the game.

While it might have felt like a gimmick at first, catching fish has become a vital part of Fortnite as you’ll need to do it to find Floppers, which are arguably the best healing item in the game.

Since the introduction, the fish loot pool has grown and grown and we can now find things like Thermal and Rift Fish, which do a lot more than just healing.

After the v15.40 update released, yet another Flopper variant was found in the files, and this one is unlike anything we’ve ever seen before. Details are still scarce since the Flopper isn’t released yet, but what we do know is very strange.

Uhhhhh…. A SHIT FLOPPER is in the works LMFAO

Epic is working on a flopper what makes a FART noise when you use it, and it also may have some sort of bounce effect, with stink particles. pic.twitter.com/3ni3OV0R1N

We’re not entirely sure who the audience is supposed to be for this new fish, or even what it’s going to do when it’s released, but we do know it’s a thing thanks to Fortnite leaker Mang0e.

According to the leaker, eating this Flopper will make a fart noise and you’ll leave a trail of stink behind you. If that sounds weird to you, then you’re definitely not alone and it’s pretty hard to tell how this will ever come in handy.

Maybe the trail could possibly leave a fog behind that blinds your foes like the smoke grenade once did. Another option would be to have the fog damage enemies, since, you know, your stench could smell that bad.

Stink grenades have already existed at one point in Fortnite, so the idea behind this is already there, so it’ll be an interesting change of pace if they make you the thing that deals damage. Depending on how strong it is, that could be a very deadly combo.

We’ll just have to wait and see what Epic has in store for this new Flopper.

Do We Need More Fish? 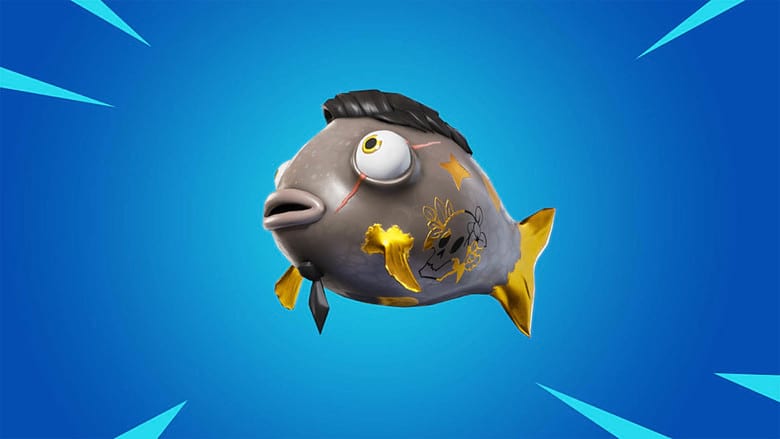 One question that players could find themselves asking is whether or not we even need to add more fish to Fortnite.

When it was just stuff like basic Floppers, it made sense, but now that we fish all kinds of different Floppers up, and even weapons and ammo, adding to the loot pool might be detrimental.

If you’re looking to catch a certain type of fish now, you might find yourself fishing for far longer than you’d like because you keep catching Thermal Fish or shotguns instead.

The Thermal Fish is being used as an example because that’s usually not anything you’re looking for while you’re fishing, so if this new Flopper ends up being on the same level of that, then we’re in trouble.

Most players just want to fish for things like a regular Flopper or a Slurpfish, so anything else just gets in the way. Of course, finding a nice shotgun from the water is good, but not when you catch several in a row. We’ll just have to wait and see what this new fish is all about.