This week of Fortnite has ditched the fishing Legendary Quests and replaced them with Shockwave quests.

This coincides with the new Wild Week that unvaulted Bouncers and made Hop Floppers and Shockwave Grenades a lot more common. This does only apply to regular lobbies outside of a weird couple of hours where bouncers showed up in Arena.

Since you need to maintain airtime with the Shockwaves, it’s going to take a lot of grenades if you want to get all of the XP that you can.

Lucky for you, you don’t have to spend tons of games tracking these items down as all you’ll need is one grenade. There’s a simple trick involving an umbrella that’ll let you rack up the airtime with ease.

The key to finishing this challenge easily is finding a place with umbrellas, such as Sweaty Sands as seen in this clip from Calm-Feedback, and just shockwaving on top of one.

Your goal is to stay bouncing on one indefinitely so you never touch the ground. The game see this as you staying in the air forever, so you’ll be able to knockout several tiers of the quest out at once.

The only problem you’ll run into is other players seeing you bounce around like this and deciding to shoot you. Obviously, this a game about being the last one standing, so we can’t get too mad at people for this.

It might be safe to only start doing this after you clear out a POI, but the choice does ultimately come down to you. If you’re willing to sacrifice your life while bouncing, we definitely won’t be trying to stop you. 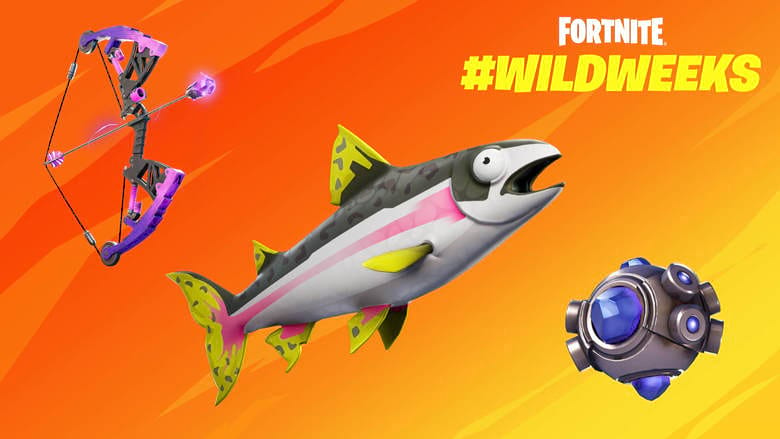 Since being in the air long as possible is the key here, you can grab a Shockwave Grenade and ride a zipline to the top of The Spire.

From there, just launch yourself off and rack up the quest completions as you do it. This method will also work with a set of tires if you can find some. Just make sure you throw the tires on the ground instead of a car and you’ll be in business.

This quest will expire next Thursday, so you still have a little while to get the XP, but don’t wait forever. While the regular quests do stick around for the duration of a season, Legendary ones do rotate out each week. These are also the ones that give you the most XP, so that’ll be something to keep in mind.

It’s also important to note that next week will be skipping a Wild Week, so we’ll be having a bit of downtime before we get one last one to close out the season.

We’ll just have to hope it’s a good one because these have been pretty cool. As of right now, it’s tough to tell if these will carry into Season 7, but we hope that they do because they have been something cool to look forward to each week.

READ NEXT: Fortnite Crew Bonus Might Reveal Next Exclusive Skin

Loading more stories
wpDiscuz
0
0
Would love your thoughts, please comment.x
()
x
| Reply
The Fortnite Shockwave Legendary Quests are very easy if you want them to be.