There are new Legendary quests to complete in Fortnite and this week is asking players to help out Farmer Steel.

For this quest, we’ll have to place four missing person signs for him, but since this is a Legendary quest, there are a few other things you have to complete first.

It’s the third stage, which you’ll have already needed to search the farm for clues and visited Farmer Steel’s favorite locations.

If that’s all done, then you’re ready to place the missing person signs. You’ll need to place four in total and you can even stick to one location if that’s something that sounds easier for you.

You have to pick between Weeping Woods or Misty Meadows, and it’s worth noting that Weeping will probably the easier of the two. Misty Meadows is largely looked at as a better POI, which means you’ll likely be running into more fights there.

If you’re a simple person just trying to complete quests, Weeping is the way to go. Let’s start there.

Where to Place Missing Persons Sign in Weeping Woods 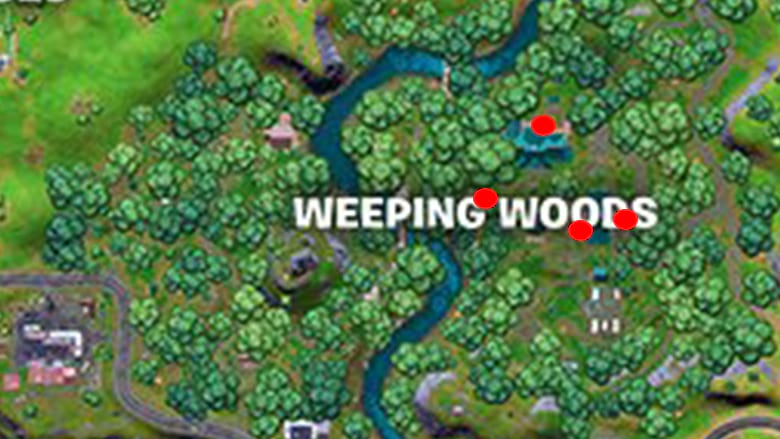 The nice thing about Weeping Woods is that even though it’s a massive location, the four signs we have to place are all located in one central area.

You’re going to be looking for the clearing with the log cabin and playground. Once you get to this point, it’s as simple as looking for the blue outlines where you place the signs.

If you play your cards right, you can get all of this done in a single match. It’ll help to have a gun and some shields so you can survive a fight. The buildings are filled with loot, so if you’re looking to win the game after finishing this challenge, you’ll want to stock up on gear there.

Now, you might actually be eliminated before you can place all four signs. Instead of just coming back to Weeping Woods in the next match, what if you’re feeling spicy and want to go to Misty Meadows instead? We have you covered on that front as well.

Where to Place Missing Persons Sign in Misty Meadows 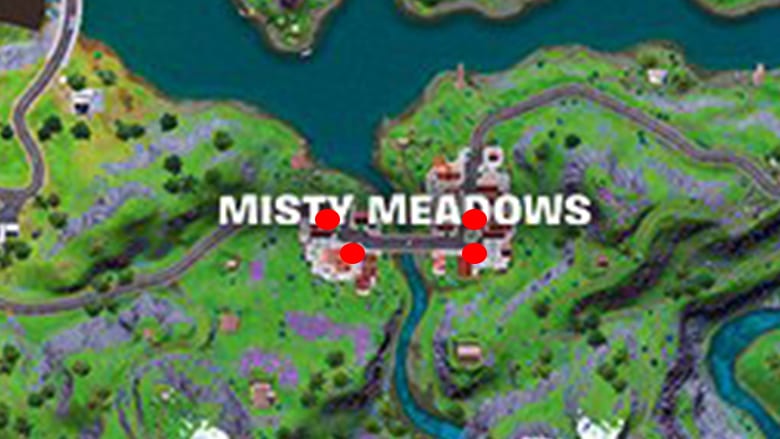 Misty Meadows is an interesting POI as it’s essentially two different spots that’s connected with a bridge in the center.

As a result, these four sign locations are split. You can find two spots on the left side of the location and two on the right side.

It doesn’t really matter what side you land at because you’re likely to run into some trouble on either side. This is already a decently popular landing spot and that’s become even more true with the Legendary quest this week.

Remember, you only need to place four signs in total, so you can split between the two POIs if you’d like. Whatever the case may be, this is definitely the most difficult quest to complete this week, so feel free to be patient and take it slow if you need to.

Remember, the Legendary Quests do rotate out at the end of the week, so don’t take too much time.

READ NEXT: Fortnite Brings Back an Old Chapter 2 Rivalry