Epic Games This crossover is happening in Season 6, but what else?

Harley Quinn and Batman may already have two styles in Fortnite, but they’ll be getting a third one as part of an upcoming comic book miniseries.

That’s right, Fortnite and DC Comics are collaborating on a brand-new series that will see Batman getting lost in the Zero Point, similar to how Thor lost his memories when he went through the portal.

This six-issue series will see Batman interacting with all sorts of Fortnite characters in what’s just shaping out to be DC version of what Marvel already did.

If you’re somebody who likes to collect skins, reading this series will definitely be in your best interest whether you’re a comic book fan or not.

Exclusive to this series will be the special DC Rebirth outfit of Harley Quinn along with an Armored Batman suit.

You’ll be able to get both of these skins just by buying and reading the comics, so here’s how it’ll work and what you have to do.

How to Get Harley Quinn Rebirth & Armored Batman

Of the two skins, Harley Quinn’s will be the easiest one to unlock by far as all you’ll have to do is buy one of the six issues and put in the code that will be found there.

If you do this, the style will automatically be unlocked for you and you can romp around the island in her iconic outfit.

This will only apply to the physical version of the comic or if you’re a DC Universe Infinite subscriber. If you’re somebody who likes to buy their comics on Comixology, then you will not be getting a code.

Batman’s second style will be a bit more difficult to unlock as it’ll require you to buy all six of the issues. Alternatively, you could also be a subscriber to DC Universe Infinite and get the six codes for free and then just unlock the style that way.

If you’re a collector and would like to pick up all of the issues physically anyways, it would be helpful to know when they come out.

When Does the Series Release?

The first issue will go on sale beginning April 20, and then it’ll ship twice monthly in both May and June before it concludes on July 6. Here are the dates:

The issues will sell for $4.99 a pop, which is pretty much the going rate for DC Comics these days, but you’ll be able to opt for a more expensive (and durable) card stock variant for a dollar extra an issue.

Is There Another Way to Get the Skins? 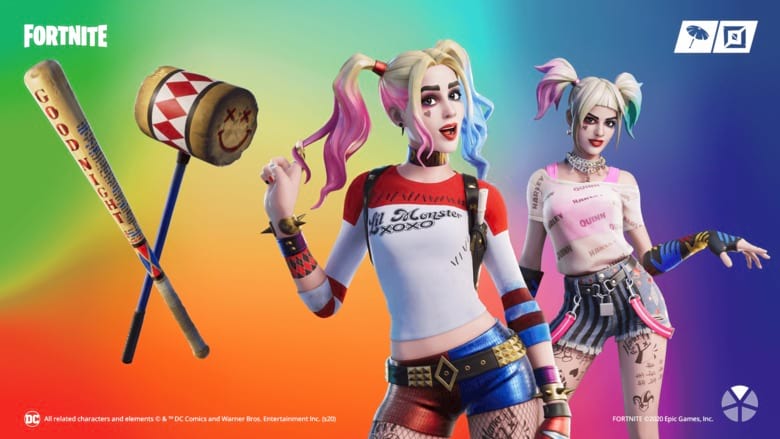 Epic GamesHarley is getting even more styles.

For the time being, it sounds like this will be the only way to get these skins will be to buy the comics.

Anybody who buys comics knows how expensive this hobby can get and the Batman skin will end up costing at least $30 when it’s all said an done.

If you just want Harley Quinn, you’ll just have to spend $5, so her style is a lot easier and cheaper to get.

Loading more stories
wpDiscuz
0
0
Would love your thoughts, please comment.x
()
x
| Reply
Batman and Harley Quinn have new styles coming to Fortnite and here's how to get them.