Now that the Fortnite Rift Tour with Ariana Grande is over, you might think it’s time to rest for a little bit, but if you do that then you’ll miss out on a lot of extra XP and cosmetics.

The post-Rift Tour quests have already gone live and in the upcoming weeks, you’ll be able to get even more XP and unlock a few more things as Epic continues to celebrate Ariana’s appearance in Fortnite.

These quests will unlock in spurts, with the first set being available right now when you log into the game. For the next four quests, you’ll need to wait a whole week.

The wait will be worth it as everybody loves cosmetics and XP, so let’s take a look at everything players will need to do to get everything. 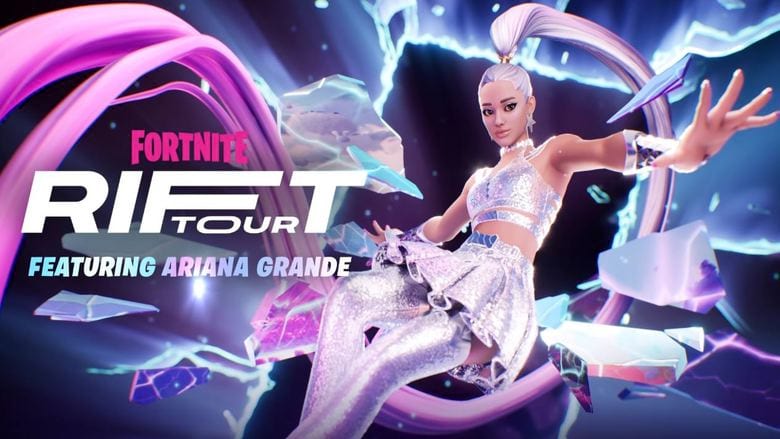 The first four quests are active at this very moment and 60K XP is available along with a spray and emote.

Here’s what you will have all of these quests to complete:

The first two quests listed there will give you 30,000 XP each, while the third one rewards you with the Rift Tour Spray. Finished all of them will give you the XOXO/Kiss emote.

Basically, you’ll just need to get a friend to play some games with you and you should be able to complete all of this with ease.

However, the next set won’t be quiet as simple, but it still shouldn’t take a ton of time for you to complete.

The Post Rift Tour challenges (60k XP, Emote & Spray) & Bubble environmental item will go live in 1 hour, and in a week we will get the last 4 that give 90k XP & the Silver Umbrella! pic.twitter.com/RPbELieQ58

According to HYPEX, the second set of quests will still have you playing matches with friends, but you’ll also have to crack open a couple of Cosmic chests. These are sort of tough to find in any given match, so you might have to go hunting if you want to finish these.

Here’s how the second week of quests looks:

Finishing everything in the second week will reward you with 90,000 XP and a special Silver/Chrome Umbrella.

There have been a bunch of Umbrellas give out over the past week, but it doesn’t hurt to get your hands on yet another.

We don’t know how long these quests will stick around once they’re revealed, so you’ll want to make sure you complete them as soon as you can. We’re actually going in the home stretch of the season, so we might not be spending much more time in Season 7.

While the Rift Tour was definitely one of the coolest events we’ve ever seen in Fortnite, we know have to wait for the plot to move forward. The alien threat has never been bigger, and now that Gamora is coming to help the island dwellers out, it looks like things might kick into the next gear.

READ NEXT: Superman is Bringing New DC Comics to Fortnite