With Fortnite Season 6 arriving in just a matter of days at this point, fans are doing everything they can to get little droplets of information.

While Epic has already detailed how the live event will work for players, we still don’t know a lot about what to expect in the coming season. Of course, patience is key as there will more than likely be a pair of trailers on the day the season comes out that explains everything.

While we wait, some players and leakers have discovered a set of skins that were posted on ArtStation by Kevuru Games, a studio who has collaborated on creating Fortnite cosmetics in the past.

Posted nine days ago, there are eight skins being shown and there’s a chance that they could release at some point in the next season. Let’s take a look at them and see what’s up.

Are These Season 6 Battle Pass Skins?

Some of them could be scrapped, but the team which made this already worked on A LOT of other skins!

I already posted this yesterday but decided to delete it. Now that many people posted it anyway, I see no reason to not post it. pic.twitter.com/YmvHxGMiDH

Fortnite leaker ShiinaBR posted the image and mentioned that several of these skins could have already been scrapped, but still notes this is our first look at them.

Some of the standouts include the genie and that kid Midas style. It’s no surprise that Midas is one of the most popular skins in all of the game, so it shouldn’t be a shock that Epic wants to continue to capitalize on his popularity.

This has already been seen to be the case with the recent release of the Marigold bundle.

Of course, there’s no telling what the plan is for any of these cosmetics and we don’t know if they are going to be Item Shop, Battle Pass, or even released at all. With under a week to go until the season begins, it won’t be much longer until we find out what skins are going to be in the Battle Pass.

This season centered around a variety of hunters coming into the game through the Zero Point and Battle Pass, so it’ll be interesting to see what Epic has in store for the next one.

What Do We Know About Season 6? 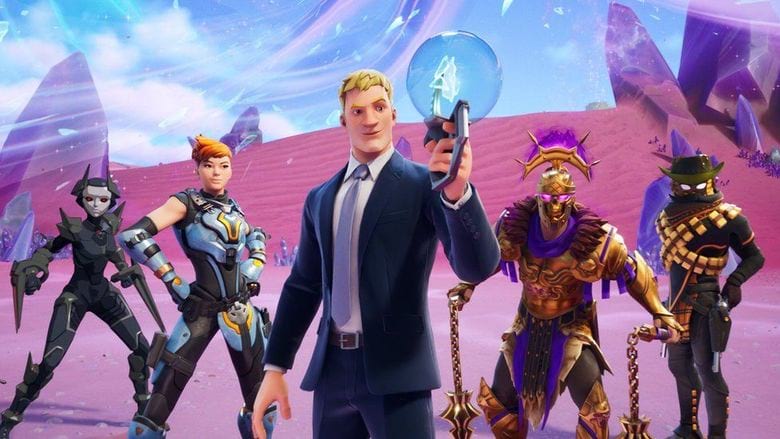 Slowly, a clearer picture is being painted about what to expect in the upcoming season. We’ve already gotten our first screenshot, and now we potentially have these skins to look forward to.

Of course, one major thing that’s missing is how exactly how the Zero Point becomes stabilized and what will happen to Jonesy?

One big clue we do have about the season, even though it comes when everything is in swing already, is that Batman will be coming to Fortnite at some point.

We know this because of his upcoming comic book series that will shed more light on the lore of Fortnite. It’s definitely shaping up to be something that all Fortnite fans should read, and doing so will unlock some exclusive skins for you.

We don’t know if this means there will be an entire DC Comics crossover season like Season 4 with Marvel, but it does seemingly indicate that the DC hero will play a big role in how everything plays out. Perhaps we could even see him appear as a Mythic boss.

READ NEXT: Recent Fortnite Hunters Will Appear in Batman Series

Loading more stories
wpDiscuz
0
0
Would love your thoughts, please comment.x
()
x
| Reply
Here's a potential look at some of the Fortnite Season 6 skins.