One of the most exciting parts of a new Fortnite season is taking a look at the map and taking in all of the changes.

That is no different in Fortnite Season 6, and although a lot of the locations do remain the same, there are still some new places to check out.

Most notably, you’ll see that the sandy center of the map has been changed up a lot and places like Salty Towers and Hunter’s Haven are no more.

Thankfully, Epic didn’t just get rid of the areas entirely, but instead they added some new POIs to take their place.

Let’s take a look at the new map and everything it has to offer. 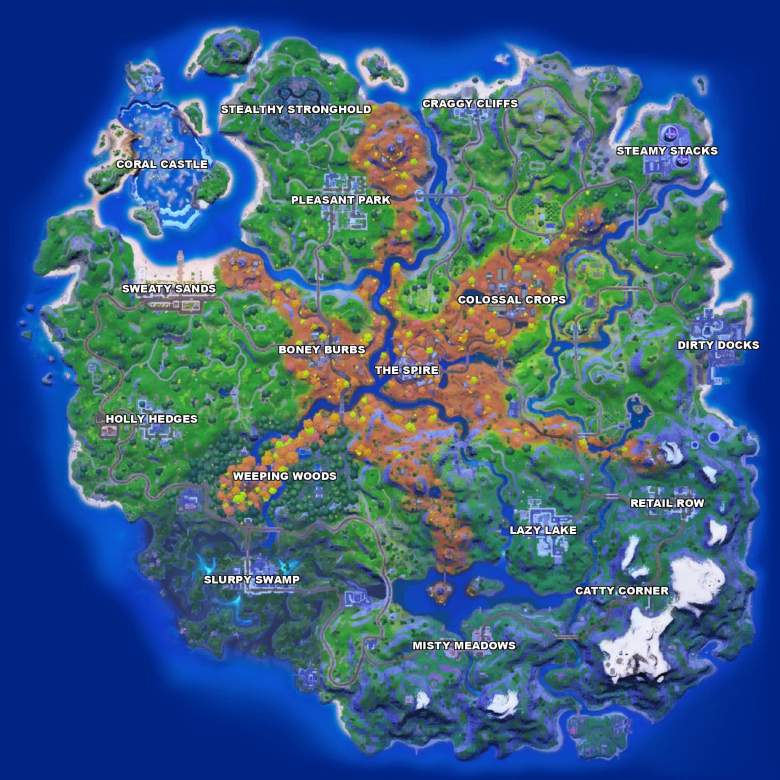 The center of map has been replaced and the rest of the map remains largely untouched.

The new locations are Boney Burbs, The Spire and Colossal Crops and they are all in the areas where the sand used to be. As cool of a concept the Sand Tunneling and sand was in general, it appears Epic decided it had to go.

When you hop into the game, you’ll see a huge part of your map blocked off, making it seem like half of the thing is new, but that is a bit misleading.

While the map changes are definitely exciting to see as we went through a whole season with practically nothing going on, it’s still disappointing to see so many locations still sticking around.

At least the sand has been replaced with nice looking trees that give us strong Upstate New York vibes when Stark Industries was in the game back in Season 4.

It might go without saying, but the Zero Point is no longer sitting in the center of the map, so you won’t be able to rely on that for healing or game-breaking bugs anymore. 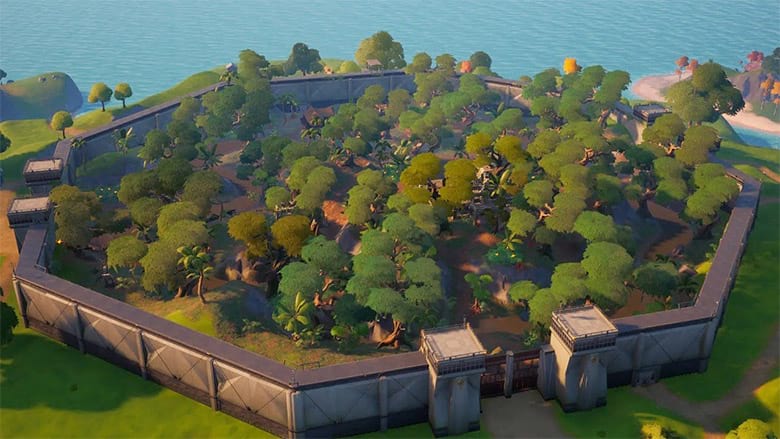 Somehow, Coral Castle is still a location on the map and it has got to be one of the most unpopular locations we’ve ever seen in Fortnite.

You’ll be struggling to find many people landing here at all in any given game outside of completing challenges. Also sticking around for another season is Stealthy Stronghold, a Season 5 addition.

That place was a very popular hot drop when everyone had to complete their Predator challenge, but it has largely been abandoned ever since everyone finished that challenge.

There’s a chance that people will give it another chance in Season 6, but that remains to be seen.

It’s still far too early to make too many judgements, but the early returns are a lot of the POIs are the same and there aren’t enough new ones. Of course, that has a good chance of changing and some of the new mechanics will keep players distracted.

The crafting of weapons is going to take a while to get used to, but as that finds its place in the meta, this could shape up to be one of the better Fortnite seasons we’ve had. We’ll see you at The Spire.

READ NEXT: How Batman Will Impact Fortnite Season 6 Itself