We’re still a couple of weeks away from the start of Fortnite Season 7, but it looks like the teasers are already getting started.

Instead of being things you can see in-game, it’s looking like these teasers are being sent through the mail directly to Fortnite creators.

However, it’s a bit unclear about whether or not these are from Epic Games or not. There have been a few leaks that hint at aliens, and other things, coming to Fortnite, but the people getting these teaser videos don’t exactly know where they are coming from.

If you’re confused, don’t worry because so are we. Here’s a look at everything we know about these teasers.

Any ideas? Its gotta be Fortnite right? pic.twitter.com/gm6UK929Q7

Several Fortnite creators, such as Martyn Littlewood, are posting pictures and videos of a mysterious DVD player with a disc that simply says “They’re Coming.”

First of all, who even knew DVD players still existed, and second of all, it doesn’t seem like they know if it’s from Fortnite or not.

AussieAntics uploaded a video with the same DVD player, so it definitely looks like these players are being hand-picked by either Epic or someone else.

It’s tough to tell what any of this means at the moment, but it does seem like it is all connected to the UFOs that leaked as part of the recent update.

We even have the Foreshadowing Quests that hint at this. UFOs certainly do seem like they’ll be coming at some point, and it’s a matter of when.

It seems that soon you will be able to be abducted by UFOs. You will be warned & marked before you are abducted. 👽

In the end, you will be fully healed and transported to another point on the map. pic.twitter.com/F99SrJKPWa

According to Fortnite leaker ShiinaBR, aliens will be popping up in Fortnite complete with their own ships and they’ll have the ability to abduct.

If that sounds annoying, you can rest easy knowing it won’t be as crazy as it sounds. From the leak, we know that you’ll be warned and marked before you’re actually taken by the ship.

We don’t know if that means you’ll be able to prevent it from happening, but it does mean that you won’t be taken by surprise. Usually, you’d think of abduction being a bad thing, but Fortnite makes it something that’s worth your time. 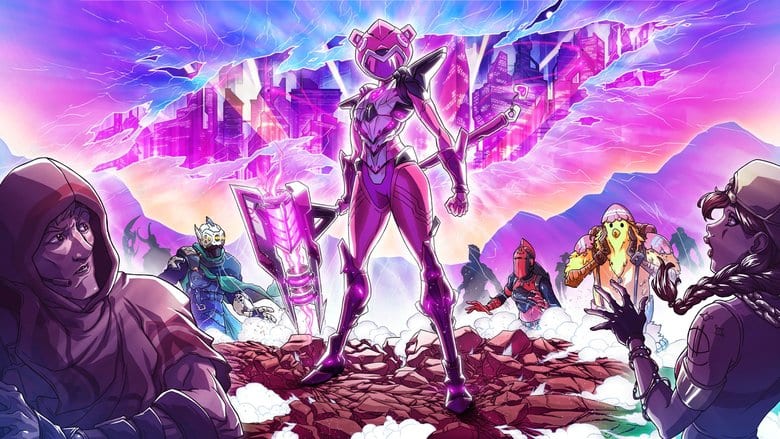 Epic GamesLoki and Thor coming too?

Shiina says the UFO will take you to another part of the map and you’ll be healed when you’re dropped off. Now, it will probably be smart enough to not dump you off into the storm, but even that’s something we don’t know about right now.

Something Fortnite has been doing the past several seasons is having NPCs roam around the island whether it’s Marauders or wildlife. Perhaps Season 7 could introduce actually Aliens onto the island that we’ll have to fight and loot.

If Epic does want to keep this trend going, it seems like an easy assumption to make. Of course, nobody knows what the plan is except Epic, so keep an eye out for more information. Maybe we could even get some special alien-themed guns to try out. The possibilities are near endless, so let’s just hope Epic is cooking up something good!

READ NEXT: How to Get Deathstroke Zero Skin For Free in Fortnite

Loading more stories
wpDiscuz
0
0
Would love your thoughts, please comment.x
()
x
| Reply
Epic looks like they have something big planned for Fortnite Season 7.