That’s right everyone, the Coral Buddies have actually made a return in Fortnite Season 5 after being absent for several months now.

Now, all the way in Fortnite Season 5 Week 6, we are calling for the Coral Buddies. This will take us over to Coral Castle, which is a location that has never really been all that popular, so it’s a good thing that Epic has a quest that takes us there.

Where to Signal Coral Buddies 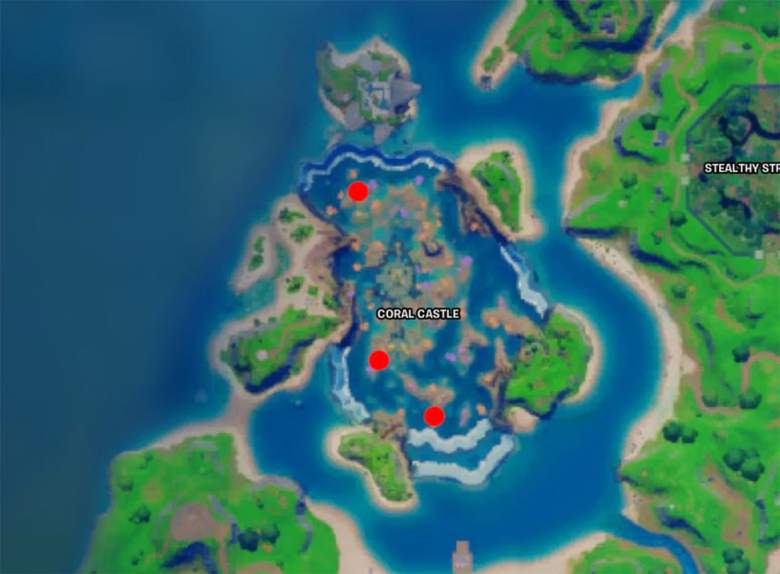 Epic GamesHere are the three spots you’ll have to visit.

It’s no surprise that we have to go to the top-left corner of the map again because that’s where they have typically always shown up.

Once at the Coral Castle, there will be three different locations to visit to finish this quest. You’re going to be looking for big clams that you can interact with, and all you’ll have to do is identify them and go up to them.

It’s pretty easy, but there is a lot of conflicting information out there, notably many people saying you have to play the conch shells in the northwest, which definitely isn’t the case.

If you do all of this, then this quest will be completed and you can move onto the next one. It’s a cool little quest that could have some long-lasting impacts on the season.

Will They Hear the Call?

You might remember that the Coral Buddies are actually little tiny robots underneath their friendly looking exterior.

This would seem to indicate they can survive a lot, but why would we want to be calling them now? Season 5 is the season of bounty hunters, and we’ve been seeing all sorts of crossovers already.

Perhaps the Coral Buddies know something we don’t know, so they have to show up and save the day. Whatever the case may be, we’re just excited to see them make a return.

Hopefully, we can actually see them in the flesh(?) next week.

Read More
Fortnite, Gaming News
Here are the three spots you'll have to use to signal the Coral Buddies in Fortnite Season 5.