While we might not see a major payoff this season about all of the hunters that have been brought to Fortnite, there’s nothing stopping them from showing up in comic books.

As you might know by now, there will be a 6-issue miniseries involving Batman jumping into the world of Fortnite later this year and it will be exploring the ins and outs of the game we all know and love.

While Batman is on the island, he’ll be unraveling the mystery of many things, and thanks to the new solicitations released by DC, we already know a bit about what will be discovered.

This upcoming series is entirely canon in the Fortnite universe, meaning that whatever is discovered on this island will apply to the game. For example, Batman discovering time resets every 22 minutes is something we now know.

Let’s take a look at what else this series will reveal to us. 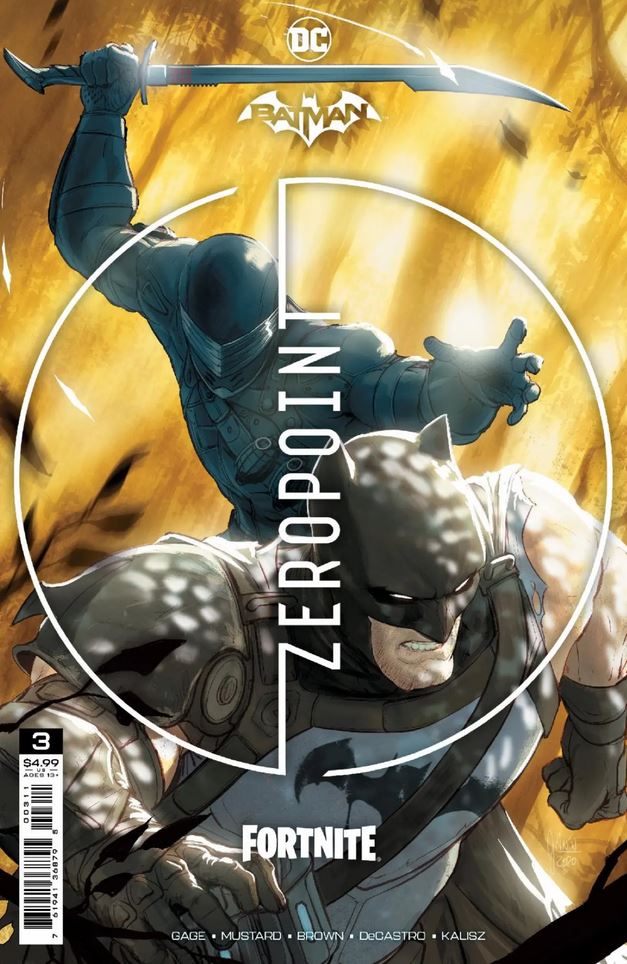 Issue three of the series shows Snake Eyes on the cover tracking Batman, and you might recognize him as one of the crossovers from this season.

Well, it’s looking like he’s going to go toe-to-toe with Batman on the island, and there’s really no telling how it’ll go. Snake Eyes and Batman should actually be a good fight, but since this is a Batman comic we’re talking about, we know who should win.

Seeing Snake Eyes pop up like this leads us to wonder just who else could appear on the island in the future. If Snake Eyes can appear, then there’s really no limit to who else we could see.

What’s This Issue About?

For more details about Batman’s showdown with Snake Eyes, DC Comics released a solicitation to go with it, which is essentially just a preview of what to expect. Here’s what it says, via Bleeding Cool:

Batman versus Snake Eyes. That’s it. That’s the solicit. You heard us, BATMAN VERSUS SNAKE EYES! Yes, THAT Snake Eyes! Worlds collide on the Island as G.I. Joe’s unstoppable ninja clashes with the Dark Knight! Can either of them win, when neither can escape? Will Batman remember he’s got to find a way back to Catwoman, all while trying to get back to Gotham City? And what the heck is Harley Quinn doing here?! Oh, and in case we forgot to mention it: Batman. Fighting. Snake Eyes. Do not miss it!

This particular issue releases on May 18 so you still have quite the wait. Reminder to anybody who’s interested: if you pick up at least one of the issues, you’ll be able to snag the Rebirth Harley Quinn skin.

If you pick up all six, you’ll be able to unlock the Armored Batman style and will be another version of Batman. The collectors out there will eat this up, and if you want an exclusive outfit to flex with, then you’ll have to do the same.