With so many different crossovers happening in Fortnite, it’s hard to pinpoint where the developers plan to go next in many cases.

Season 4 had a Marvel theme that brought several superheroes into the game while Season 5 has expanded to a plethora of different franchises.

At we head into the final month of Season 5, we are still expecting at least three more crossovers and we already have their codenames to dig into. Details are still scarce about what to expect from these characters, but we do know enough to go off to make educated guesses.

Some fans are taking it an extra step and linking them to WandaVision, and they are making this connection whether there is anything to go off or not. With that said, it’s not that crazy of a theory considering the popularity of the show and the fact that Marvel and Epic seem to have a very good relationship.

Both have Built-in Emotes

Has a Built in Emote

Out of the two leaked codenames, we know that one of them will have both a male and female skin.

That has led people to believe that it will be WandaVision, but there are more theories than that. Fortnite leaker ShiinaBR has given us the name of each individual skin, and fans are making guesses from there.

There are currently 3 sets encrypted (2 new hunter sets + another one), here are the code names:

Some fans are guessing that the ToneTrip or AcutePanic skins could relate to WandaVision in some way. It’s definitely a stretch, but with how Fortnite has been pumping out crossovers from pretty much every franchise imaginable, it’s not too much of a stretch.

Without diving too far into spoiler territory, it’s easy to see how something like AcutePanic could relate to WandaVision, but we still don’t know if that will be the case.

This crossover would be almost certainly be a hit if it comes into fruition, but the ship might have already sailed. 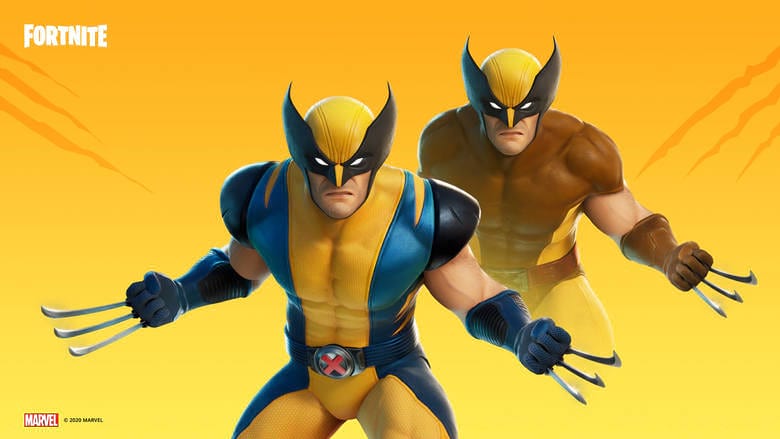 The major question is why would Epic wait until this late into Season 5 to release a Marvel bundle when they had the entire season for the chance to do so.

An easy answer would be that WandaVision hadn’t released yet, so there was no hype or even a demand to release the skin.

But then you have to remember that all of the crossovers that did happen that season featured characters from the comic books instead of the MCU, so it’s not like Wanda or Vision couldn’t have come across on their own.

We saw characters like Ghost Rider show up, somebody who isn’t even part of the MCU, so we’re not sure this was the problem.

A new portal beam is slowly coming out of Zero Point!

It's the beam for the "Skirmish" hunters, which means that today or tomorrow we'll find out if this is indeed a WandaVision collaboration, as some theories say.

We’re not going to get our hopes up, but instead we’ll just remain optimistic that the hit Marvel couple will come to Fortnite.