We’re not quite there yet, but Fortnitemares, the annual Fortnite Halloween event, is fast approaching and we’re getting a bunch of hints and details through leaks of what to expect for when it finally arrives.

Before the v14.30 update hit, the only information we had about Fortnitemares was the Season 4 Battle Bus and the fact that Midas could potentially return to The Agency at some point. The Midas theory has since been backed up by the fact we had to clear out cobwebs there for a recent challenge.

Following the v14.30 patch, the floodgates have been opened and there are a lot more things to look forward to when it comes to Fortnitemares.

Thanks to Fortnite leaker HYPEX, we know there are going to be a bunch of new consumable items in the game when Fortnitemares rolls around. Based on the leak, it sounds like there will be a bunch of candies for us to collect.

Whether that means we’ll be trick-or-treating or not remains to be seen, but we’ll definitely be seeing the loot pool spiced up.

Based on the names, it sounds like they will be candy versions of the fish currently in the game, like Thermal Taffy potentially taking the place of the rare Thermal Fish.

There will also be candy buckets that sound like they’ll house these new consumables.

These Candy Buckets will be used in Fortnitemares to give these consumables (Pepper Ming, Hop Drop, Candy Corn, Jelly Bean, Thermal Taffy), also the sound you hear in the vid is the sound when you eat the Candy Corn consumable. pic.twitter.com/tpFy9af3Tw

We don’t yet know how we’ll find these consumables, but surely we won’t have to wait much longer to find out.

When Will Fortnitemares Begin? 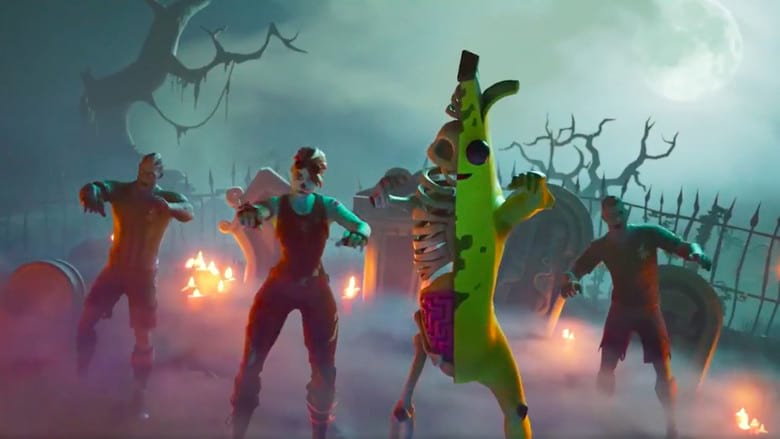 Although a lot of information about the upcoming event is coming out now, we’re likely still a few weeks away from the official start of Fortnitemares.

Traditionally, Epic has waited until the last week of the month to begin this event, with October 29 being the starting time last year, so we might be looking at something similar this time.

There will be a lead up to the event in the form of Halloween decorations going up around the island, so at least we’ll have that to look forward to. Unfortunately, we’ll still have to wait for the main event. The wait is almost over, so stay patient!

READ NEXT: How to Get Fortnite Nexus War Glider For Free