It gained notoriety from fans of The Legend of Zelda: Breath of the Wild due to its striking visual and gameplay similarities. But now that everyone has had a chance to experience it for themselves, many gamers have come away impressed by the level of high quality present in a game that’s completely free to play. Genshin Impact takes you to a faraway land filled with dungeons, monsters, and a wealth of secrets to unravel as you look to free your twin from an evil goddess. You’ll need to master the various elemental abilities attached to an army of strong-willed warriors as you traverse Genshin Impact’s activity-packed world. And with our assistance, you’ll have all the advice you need to complete your lofty mission.

Here are the top 10 tips, tricks, and cheats you need to know for Genshin Impact: 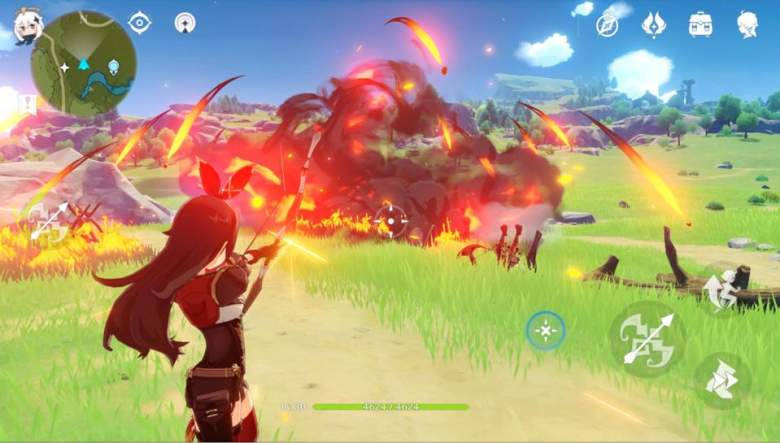 • Genshin Impact takes place within an expansive and lush locale. And through your curious exploration, you’ll discover all manner of beasts to conquer, treasure chests to open, and secrets to delve into. In order to unlock new game features and receive substantial rewards from the Adventurers’ Guild, you’ll need to increase your Adventure Rank. It’s easy to acquire the Adventure EXP that helps level up your Adventure Rank just by completing quests, which means you should stay on top of the many Archon, Story, Commission, and World quests assigned to you.

• Making your way through the main story campaign helps you get your hands on a ton of Adventure EXP, which means you need to dedicate a lot of your daily playthroughs to completing them. But every once in a while, you should veer from the main path and do some old fashion exploring. Spend your time vanquishing random enemies & bosses, discovering new warp points & Statues of the Seven, opening treasure chests, opening Ley Line Outcrops with Original Resin, completing assorted challenges, and following Seelie’s to their chosen locations. In between your many quest completions, take your time completing all of those aforementioned tasks to push your Adventure Rank ever so closer to the next level before you take on another quest.

2. Here are the Unlockable Features That Come With Certain Adventure Rank Levels 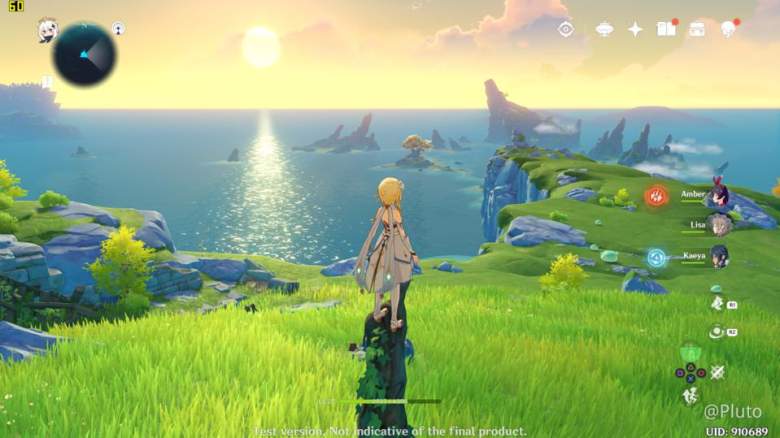 • In the last tip, we alluded to the unlockable modes that come with new Adventure Rank level upgrades. In this tip, we’re here to list what those new pieces of content happen to be:

3. Make Sure Your Four Party Slots are Filled with Characters That Stick to Four Different Elements 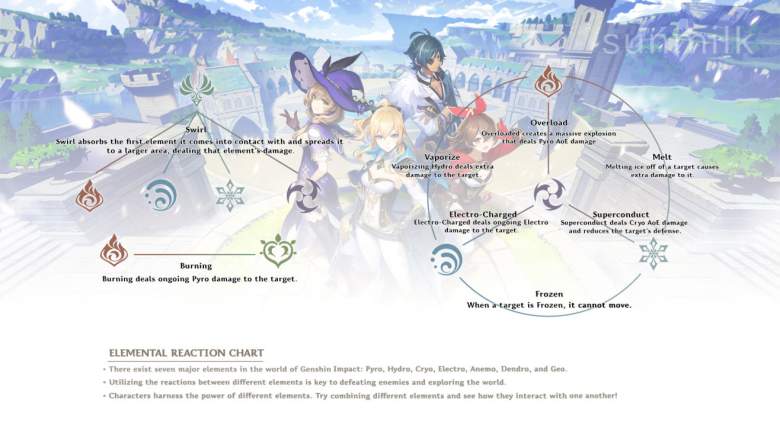 • Your main character comes equipped with the elemental power of Anemo (Wind). And the second character you come across is tied to the element of Pyro (Fire). As you make your way through the game’s opening dungeon quests, you’ll acquire two more characters that utilize the elements of Cryo (Frost) and Electro (Lightning) respectively. That starting lineup of warriors you’ll employ for your adventuring and battling needs is the type of party you should always mimic for your other party setups. Constantly switching between your four party members during battle yields cool results, such as a shield ability activation crossing over to another warrior. Or even frozen ice particles getting activated by a Cryo character and carrying over to protect whoever’s switched in next.

• Each of the four slots for your four assorted parties should be filled with characters attached to different elements. That way, you can experiment with each character’s elemental abilities and utilize the switching mechanic to capitalize on other characters’ attacks. Check out the elemental reactions chart posted above to see the type of damage effects you can take advantage of between certain characters’ elements and the ones you’ll need to steer clear of. Putting together a single party of heroes that contains one Pyro character and one Hyrdo (Water) character to take advantage of the Vaporize status effect is great, for example. 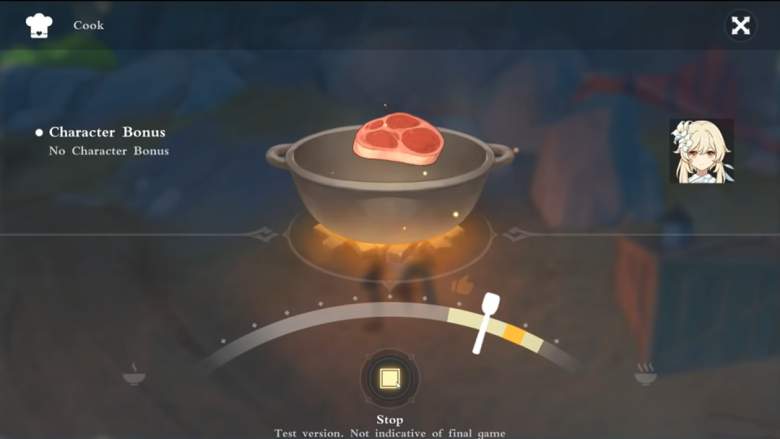 • Genshin Impact allows players to invest in a cooking system that pays off, in the long run, should you master it. As you make your way around the world, be sure to stop and pick up all the meal ingredients required to whip up all of the game’s delicious dishes. And every time you come across a campfire, stop everything you’re doing to cook something fresh. You’ll want to make sure you reach the max proficiency level for every recipe you’ve currently unlocked, so keep hitting that sweet spot during the minigame for each dish to quickly reach its full proficiency level.

• You’ll want to quickly unlock the ability to auto cook a wealth of dishes and be able to walk into tougher situations with the stat boosts afforded to characters that eat them. And every time you whip up a dish, take note of the character that’s about to cook it so you can assign someone to it that can activate character bonuses. In order to unlock new recipes, you’ll need to increase your Adventure Rank. Make a quick stop at the Good Hunter restaurant within Mondstant to see the Adventure Ranks you need to reach to unlock those recipes and buy some extra ingredients while you’re there.

5. Get Used to Breaking Down Weaker Weapons in Order to Acquire the Materials Needed to Upgrade Your Equipped Weapons 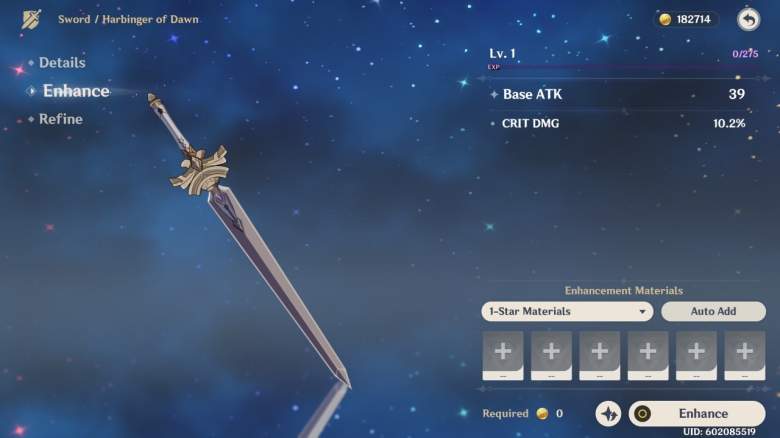 • It’s pretty easy to rack up a huge collection of weapons over time. And taking a quick peek at your full list of weapons will introduce you to a collection of multiple copies of weapons. You’ll want to make sure your characters are equipped with the strongest weapons available to them and use the weaker weapons within your inventory to upgrade those stronger weapons. The best thing to do when it comes to upgrading and enhancing your main weapons is to destroy multiple copies of a weaker weapon so you can get your hands on different pieces of Mystic Enhancement Ore. That piece of material is used to increase a weapon’s EXP level through the enhancing method and is always worth getting your hands on via weaker weapon sacrifices. You can also use other weapons to enhance your stronger weapons as well.

• Whenever you get your hands on a stronger weapon for a particular character class (like a sword user, for example) and want to switch it out for that character’s currently equipped weapon, go ahead and do so. Just be sure to keep their previous weapon in your possession – since you’ve already put plenty of time and effort into leveling it up, it may come in handy for another character you’ll unlock in the future that relies on the same type of weapon. Now whenever you acquire multiple copies of a powerful weapon, go ahead and use them to raise the refinement level of the copy that’s already equipped to one of your heroes. Reaching the max refinement level for a weapon yields some pretty great boosts to that weapon’s assorted stats.

6. Equip Each Character With Artifacts That Activate 2- and 4-Piece Set Bonuses 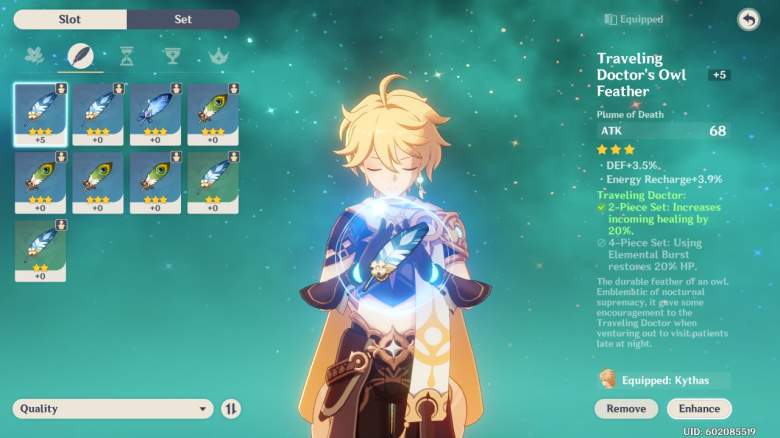 • Some of the advice provided in the last tip can also be applied to Artifacts, which are pieces of gear that can also be attached to your characters. While Artifacts cannot be refined, they can certainly be enhanced. This means you can utilize the method of breaking down weaker Artifacts to obtain Artifact enhancing materials or use those same weaker Artifacts as enhancement materials themselves.

• When it comes time to place an Artifact in each empty gear slot for your characters, pay close attention to the 2- and 4-piece set stat bonuses that become visible as you hover over each Artifact. It’s always preferred if you equip each character with the types of Artifacts that activate those additional stat benefits. Every one of your characters should have a set of Artifacts that affords them even more worthwhile stat boosts.

7. Talk to Every NPC You Come Across 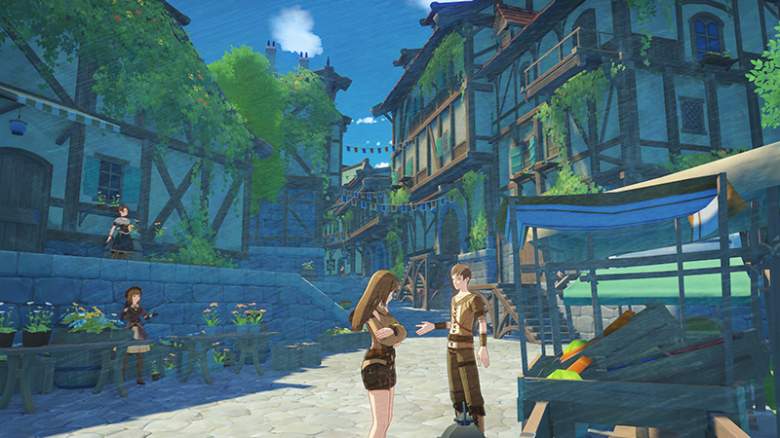 • Genshin Impact throws a lot of quests your way. And coming across many of them are simply done just by chatting with the game’s abundance of NPCs. Many of the denizens you come across either have a quest to task you with, a special secret to pass along, or even a rare item to sell. So unlike most RPGs, it’s actually worth speaking to everyone you come run into. Whether it’s in a town or out in the game’s open world, Genshin Impact’s NPCs are always worth interacting with.

8. Only Spend Your Primogems and Stardust on Intertwined Fate Purchases for Wishes 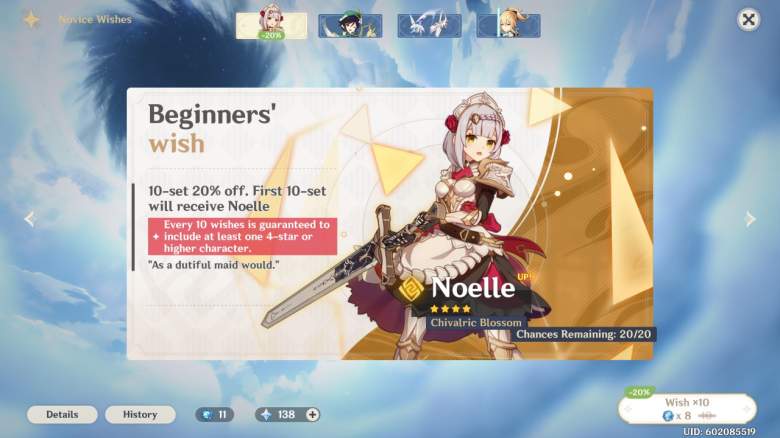 • So Genshin Impact’s gacha system relies on a currency called Intertwined Fate. Now there are two items that can be used to acquire that Wish granting specialty item – Primogems and Stardust. Primogems can easily be picked up just by completing quests and defeating bosses, while Stardust is earned by making Wishes. While inside the in-game shop, head on over to Paimon’s Bargains to buy some Intertwined/Acquaint Fate in the Stardust Exchange. You should only spend your Primogems and Stardust on acquiring as much Intertwined Fates as possible so you can go Wish crazy to earn more weapons, Artifacts, and characters.

9. You Should Only Rely on the Wish x10 Gacha Pull 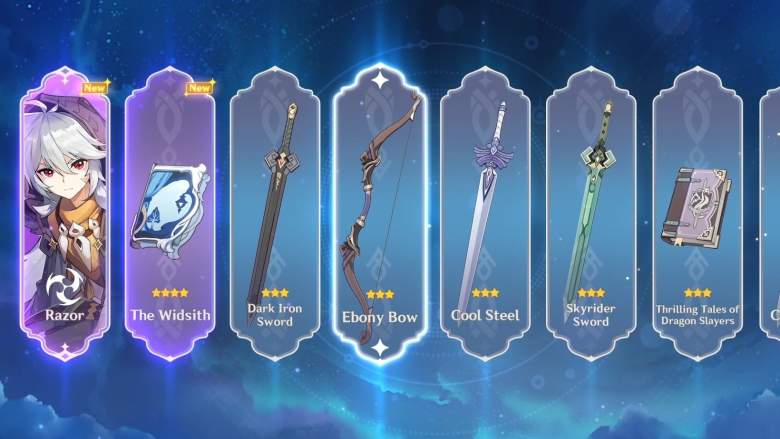 • Speaking of making Wishes, the only option you should use in that case is the Wish x10 one. Regularly relying on that gacha option means you’ll always have a higher chance of unlocking entirely new weapons, Artifacts, and characters. Plus the weaker gear copies that come your way from that multi gacha pull option can always be put towards your stronger weapon enhancement and refinement needs.

• If you happen to earn a character you’ve previously unlocked, that character copy will be broken down into a character ascension item that can unlock new abilities for the main copy that’s already in your possession. By the way, be sure to use the Wish x10 option to get the characters you need from limited time Wishes first before you spend your Intertwined Fates currency on standard, non-timed Wishes.

10. Stay on Top of the Many Challenges Listed Within Your Events Tab 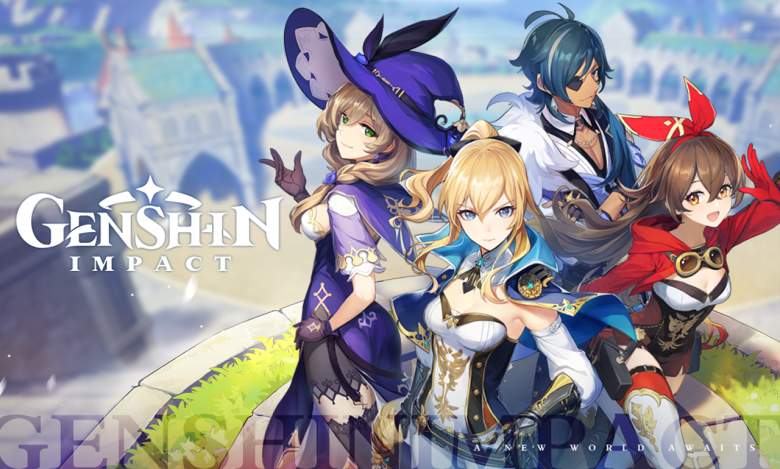 • Genshin Impact has your usual array of goals you’ll need to surpass in order to unlock awesome rewards. This massive RPG throws a whole bunch of Achievements, Adventurer Handbook chapter investigation missions, bosses, and events your way. Speaking of Events, you’ll want to complete each and every portion of the ones that are currently active.

• Check out the Fate Foretold portion of the events tab to see which unlocks are on the horizon after reaching certain Adventure Ranks, log in on a new day to earn your Seize the Day rewards, complete the People’s Choice challenge to unlock a new character, and complete all of the Test Run missions to try out characters that still may be locked and earn even more valuable items.