It always seems like the world needs saving from an imminent threat in so many mobile RPGs.

The latest mobile game that asks you to be its ultimate savior is ZlongGames’ anime-inspired Goddess of Genesis S. You’ll embark on a grand mission as you gather an army of willing and ready heroes who are ready to engage in hard-fought battles. And what’s even cooler is the fact that those heroes are lifted from the most famous legends, literature, and history books we’ve come across at some point in our lives. We’ve assembled a collection of helpful tips in order to push you to victory alongside your party of legendary heroes.

Here are the top five tips, tricks, and cheats you need to know for Goddess of Genesis S: 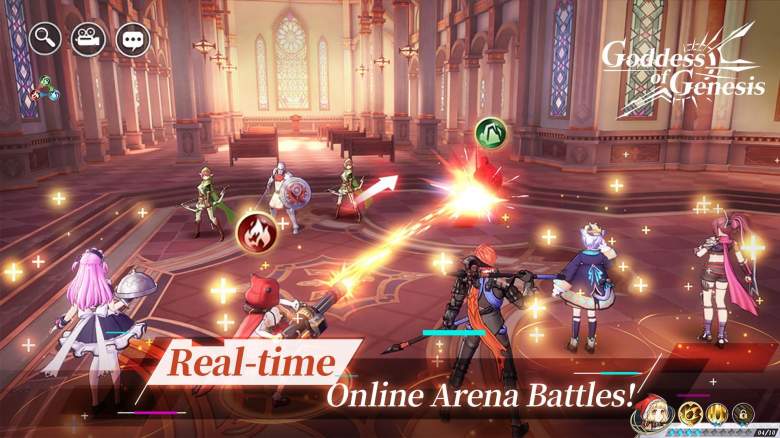 • Goddess of Genesis S plays host to a bevy of characters that are spread out among five different elements and six classes. Whenever you choose to participate in any of the game’s battle-based modes, you’ll want to make sure your party full of active battle members and supporters fulfill different roles. At least three of your party member slots should be filled with a hero who’s tied to a different element/class affiliation. For example, a five-person party should be outfitted with a Fire Hero Warrior, an Earth Hero Ranger, and a Light Hero Priest.

• Plus you’ll want to make sure the other two active party member slots and all three of your supporter slots are all tied to one element. That way, you can take advantage of one of the element bonuses that gifts everyone in your current party with a major stat boost. Just make sure the last two remaining members of your party fulfill different class roles.

• As for your supporters, it’s worth placing heroes into its slots that can rely on stat-boosting abilities. You should have an easier time emerging victorious after a battle due to your varied party lineup and bonus element bonus. By the way, pay attention to Adventure mode missions that ask you to include a party member with a certain class to your party. You’ll want to make sure you honor that request and earn the rewards given to you by doing so.

2. Rely on the Auto Battle Option for the Majority of Your Time With the Game, But Return to Manual Mode During Two Particular Situations 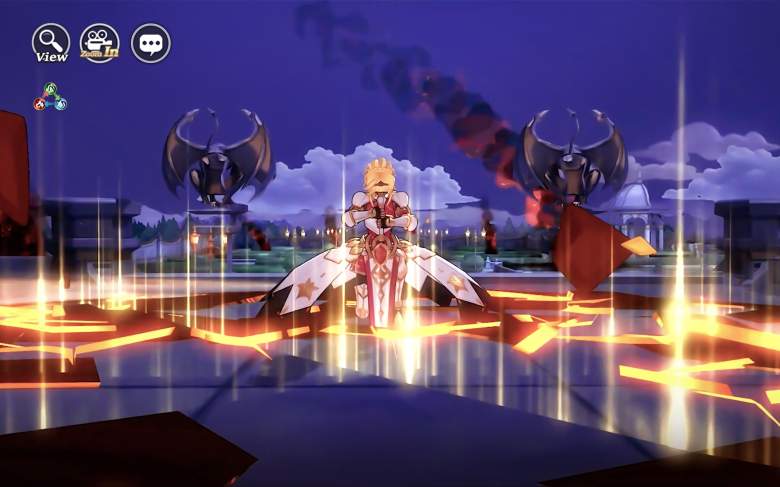 • Once you unlock the Auto and fast forward options for battles, you’re much better off relying on them to progress at a much quicker rate. Getting through an entire Adventure mode act in as little time as possible and completing a quick series of PvP duels works better when you have those two options turned on. Your auto battling party should have no problem vanquishing their foes if they’re properly leveled. You’ll easily complete the three goals tied to each Adventure mode mission and acquire the stars needed to open the three chests within a single act thanks to your party’s auto efforts.

• However, there are two instances where you’ll want to handle your battles manually. One of those instances occurs whenever an adventure mode mission asks you to eliminate an enemy before anyone else in their party. The other instance is when an adventure mode mission asks you to keep certain enemy party members alive for a single turn. You don’t want to rely on the auto battle option during those two situations since your party will most likely fail those requests and keep you from earning some extra rewards.

• Speaking of Adventure mode missions, there’s an easy way to farm items and player EXP from them. Once you clear a mission, you’ll unlock the option to Blitz it (that basically means you can beat it again without having to actually play through its accompanying battle). So once you’re done with your daily play session and are ready to log off, use your remaining stamina to Blitz a bunch of completed missions before you do so.

• You’ll want to use up all of the Blitz attempts for a mission and do the same for another mission until you run out of stamina. It’s possible to restore your stamina for free after a certain time limit is reached, but you can easily regain some more after reaching a new player level. Rely on blitzing missions to rack up even more goodies, increase your player level, and obtain even more stamina as quickly as possible. Keep in mind that this blitzing farming technique will easily help you complete the “Spend 100 Stamina” daily quest.

3. Rely on the Summon x10 Option and Be Sure to Spend Your EXP Potions on the New Heroes You’ve Just Summoned 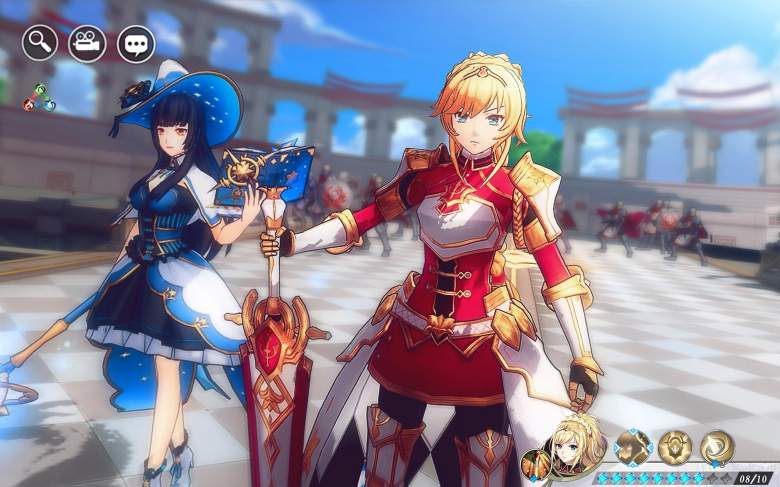 • As you begin to accrue the different types of tickets needed to summon new heroes and equipment, you’ll want to make sure you only rely on the Summon x10 option. Using that option across all the summoning selections you have access to increases your chances of gaining hero duplicates for character evolving purposes, earning new heroes, and acquiring useful pieces of gear. Whenever you unlock a new hero, you should pour your EXP Potions into quickly upgrading them up until they reach their current max level. It’s always worth performing this action so you’ll have even more powerful heroes to choose from when it comes time to assemble a new party.

• And of course, you’ll want to use all the new gear you gather from your Summon x10 gacha rolls to strengthen your heroes. As you obtain new heroes, awaken them, and evolve them, you’ll increase your Hero Manual level and unlock all types of useful rewards. So make sure you take advantage of the Summon x10 option and spend plenty of time upgrading your heroes in order to raise your Hero Manual level at a faster rate.

4. Complete Your Daily Quests Every Time You Log in and Collect Your Events Based Rewards 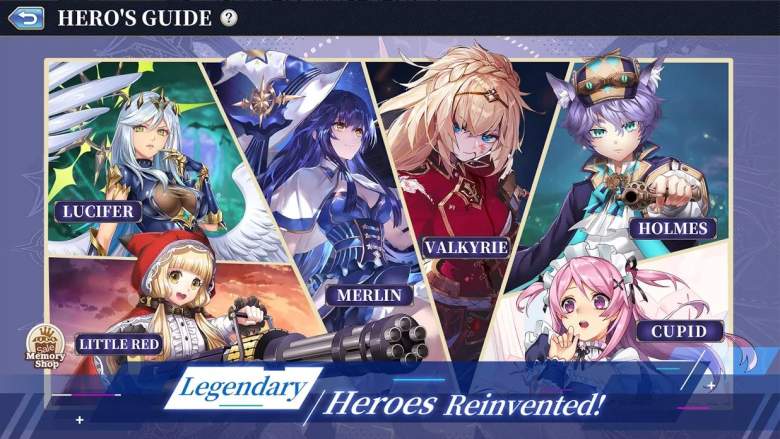 • As soon as you log in to play a new daily session of Goddess of Genesis S, you’ll want to make sure you complete your daily quests as soon as possible. You’ll also want to pay a visit to the Events tab and claim all of the rewards waiting for you in there. Once you’ve done that, pay a visit to the Shop to see if your free daily, weekly, and monthly packs are ready to be collected.

• Be sure to fulfill the quests tied to your Bounty Order so you can claim even more worthwhile goodies over time. And of course, you should tend to the quests tied to the current timed event before it expires. Getting your hands on an entirely new, super rare hero is worth all the effort you’ll pour into those types of limited time events.

• By the way, you’ll want to use up all your daily allotted Gladiator Badges in the Arena once you unlock it. It’s always worth leaving the arena with all three chest rewards after your five badges are depleted. Relying on the Auto Fight option during Arena battles in order to claim double points should be your day to day gameplan. Repeat this process on a daily basis and you’ll be swimming in items as you make your way up the Arena rankings.

5. Make Sure You Hook Up With a Guild and Tend to Your Mercenary Duties

• You’ll want to make sure you link up with a guild as soon as the opportunity becomes available to you. Once you’ve joined, be sure to fulfill your guild construction and ability donation duties on a daily basis. With you and your fellow guild member’s combined efforts, you’ll upgrade the guild as a whole and be able to participate in events that grant beneficial rewards upon completion. Plus the Guild Shop is great for purchasing a whole bunch of other items you require.

• After you’ve unlocked the Mercenary tab, hop in from time to time to complete the active Mercenary Quests it throws at you. And when you’re ready to log off for the day, send some of your party members out on deployment missions. Since the completion time tied to those types of missions can be set to long-duration times, it’s best to set them up before you leave. By the time you log back into the game the next day, your deployment missions will have been wrapped up. And then you’ll get to reap all the rewards that come with completing 8-hour long deployment missions and raising your Mercenary Level.