Update: Masahiro Sakurai went into great detail about the latest batch of Mii costumes, Sephiroth’s varied moveset, his signature Northern Crater battle arena, his Boss Rush themed Classic Mode, the list of songs coming along with his arrival, and his limited time Sephiroth Challenge mode (which will be available from Thursday, December 17 to Tuesday, December 22). Sephiroth will be available for download starting on December 22, but you can unlock him early by besting him in his limited-time boss battle.

The biggest reveal of all came when the next combatant making their way into Super Smash Bros. Ultimate made their grand debut. To the shock of everyone, Cloud Strife’s fated rival will now be joining him and the rest of the game’s massive roster. Sephiroth and his insanely long Masamune Blade are now a part of the Super Smash Bros. Ultimate roster. Final Fantasy VII’s ultimate baddie has an (unsurprisingly) badass moveset – he’s capable of pulling off devastating sword slashes, stab his blade into the wall to stay airborne, use a counter maneuver that’s activated via a magical shield, and cast powerful spells. Plus it appears that Sephiroth’s powers expand once his lone angel wing becomes exposed. 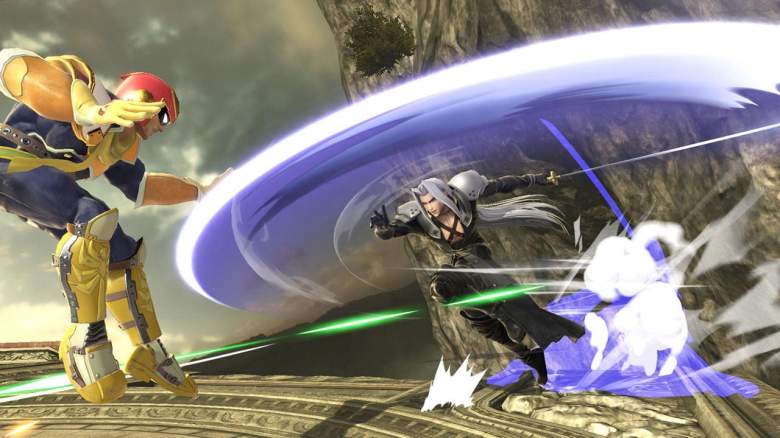 Sephiroth’s stage comes in the form of the final battle arena/crater Cloud and his allies faced him at the close of Final Fantasy VII. And as expected, his iconic (and fittingly haunting) theme song will come along for the ride. As for when everyone will get to wield Sephiroth’s overwhelming power for themselves in Smash, he’ll be arriving sometime in December 2020. Mr. Sakurai will break down Sephiroth in greater detail on Thursday, December 17 at 2 pm PST/5 pm EST.