Given that it’s 2017, we’re at a strange time in history for buying and owning music. Physical media like tapes and CDs are certainly on the way out, except for the relatively niche tape labels. We’re even transitioning out of digital music ownership with the rise of Spotify, Tidal, and others.

Perhaps as a result of these trends, there has been some resistance to giving up on music ownership completely. Some folks (myself included) insist on owning the digital versions at the very least. Of course, there has been much discussion of the continued rise of vinyl record collection beyond just hipster exceptionalism. It isn’t just to be difficult or to cling to romantic notions of bygone eras, but rather a full-fledged hobby and a way of re-centering one’s focus on the joy of music in an increasingly digital landscape.

If you know someone who still likes to own their music, you can never go wrong giving it as a gift. Thanks to the resurgence of vinyl, most contemporary releases get the treatment alongside the digital options. They still make CDs, too, but given that the presence of a CD-ROM in newer computers is on the decline, your best bet is to focus your efforts on records or digital downloads.

If you go the digital route, you could make it into more of a gift experience with something like the Suck UK Mix Tape USB Stick, which is admittedly somewhat pricy. A normal flash drive is much cheaper, but doesn’t include the music-themed packaging.

For this list, we’ve prioritized the price for the vinyl record when available, though we’ve listed all forms if you want to go another route, too. For these releases, rest assured that they’re available on at least one of the streaming services, but being that Christmas is a nostalgia-fueled holiday, we think it’s a nice gesture to give a physical something as a gift.

We considered a variety of sources when making this list. If you want more ideas about the best albums of 2017, check out these lists:

Before you go shopping, you might consider starting a 30 day free trial of Amazon Prime now so you’re covered during the shopping season. This will ensure quick and cheap shipping as the deadlines get closer. The deadline for free Prime two-day shipping is December 22nd, and you can check out the rest of the shipping deadlines here.

Since you’re shopping for music, chances are good you’re buying for a music lover. We have a whole post dedicated to gifts for music lovers here.

For the music lover on your list, here are the top ten best new albums of 2017.

It would be impossible not to mention this album. It was everywhere this year. In some instances, this might have served as an introduction to Lamar (despite this being his fourth album), as this album achieved wider appeal at the same time as it asked bigger, more difficult-to-answer questions. As the ramifications of the personal-is-political concept played out on the political stage worldwide, Lamar brought forth this intensely personal expression which managed to feel universal. It certainly struck a chord, given its high position on all the year-end lists and the listening charts.

When NPR named this their second-best album of the year, they included this line in summarizing it: “[It is] the standard-bearer for R&B in a year when that genre surpassed all others for inventiveness and high style.” It feels appropriate, then, that like Lamar’s DAMN. and the next album on this list, this release takes a personal track, focusing on the self to express universal truths. The Complex list mentions self-awareness, which is a common theme to the truly great albums that have come out this year. R&B is at the height of its powers right now, and SZA’s debut full-length comfortably inhabits the space it has created while also working to expand the boundaries.

So, that’s SZA’s first full-length and Lamar’s fourth fighting for dominance atop the year-end lists. But hanging around — sometimes third, sometimes a bit lower — is Jay-Z’s 13th album. While SZA and Lamar still retain some of the benefits of youth, which, let’s be fair, is heavily favored in all things media, Jay-Z’s newest succeeds despite the burden of age, considerable wealth, and the huge discography of respected work which precedes it. And guess how he did it: Personal analysis. The title track refers to the “time of day Jay says he woke up to record the song that would most directly address the issues plaguing his marriage”. That feels a long way from what was going on in 2000. If you want to appreciate the capacity for people to grow, improve, and yes, apologize, this album is for you.

Yet another staggering debut, this offering from Moses Sumney makes good on the brief glimmers he offered previously in the form of EPs and one-off singles. Another brilliant album of intense self-scrutiny which appeals broadly to the anxieties of thoughtful listeners everywhere, this is a light-touch soul album, with ephemeral production that evokes feelings you might not have felt before. Bandcamp named it their number one album of the year, and if you want a larger slice of cash to go directly to Moses for this towering achievement, you can buy all forms of the album on their platform.

Moses Sumney: NPR Music Tiny Desk ConcertNov. 29, 2017 | Bob Boilen –Moses Sumney puts a great deal of thought into the heartfelt music he creates. On his debut album, Aromanticism, he was inspired by everything from the works of Plato and Aristophanes' account of the origin of humanity to the Bible, particularly Genesis and the story of creation. It's all…2017-12-06T14:00:01.000Z

5. ‘No Shape’ by Perfume Genius

Shameful admission time: I had a chance to see Perfume Genius play live long before this attention-getting release saw the light of day and I didn’t go. I don’t remember why, but heed my warning: Don’t be like me. Jump on the train now as it’s just still gathering momentum on the ride to the top. This album makes an appearance on the Variety and NPR top ten lists thanks to its celebration of the uncomfortable acts of love and of living in a body. Where on previous releases darkness reigned, this album actively fights the fears illuminated within.

Perfume Genius – Wreath"Wreath” by Perfume Genius, from the album 'No Shape,' out now on Matador Records: smarturl.it/No_Shape Esperanza is dancing in the streets of Cholula, a town badly affected by the earthquake of September 19, 2017. If you want to spread her joy, please consider a donation to Topos, an all-volunteer non-profit team based in Mexico that…2017-09-19T13:59:28.000Z

Relying on the youth cache I mentioned earlier, the sophomore effort from Lorde had a lot to live up to. It succeeds on its own merit in overwhelming style, appearing on nearly every list we looked at when considering this post. The name of the album isn’t exactly clever, but it does aim directly for the occasionally overwrought feelings young people tend to have, though this presents it in a package that happens to be on balance fun, despite addressing bitterness, apathy, and loneliness. Car crashes seem to be in vogue this year (insert metaphorical joke about politics here), as evidenced by “Homemade Dynamite” and by “Shark Smile” by Big Thief, the latter of which is also winning accolades on year-end lists. Lorde brings the immensity of pop to bear on the most personal of concerns.

Lorde – Homemade Dynamite (Vevo x Lorde)The music on Lorde's 'Melodrama' reflects the wealth of emotions the New Zealand native has experienced of late, and they’re rendered with the kind of poise we’ve come to expect from the pop superstar. Her voice, the melodies, the arrangements she’s chosen to help landscape her feelings – this critically-acclaimed second album is particularly fetching…2017-08-16T16:00:08.000Z

The formula for musical success this year, in case you’ve missed it so far, is to relate the darkest of feelings in a relatable way atop an appealing musical base. But that’s just the thing: the best albums aren’t formulaic at all. Released in October, this album hasn’t had as much runway as some of the other choices that have ranked higher elsewhere, but this nevertheless belongs among your collection of music, nestled between your noise collage albums and your shiniest pop jams. Annie Clark offers yet another innovative album while expanding her influence.

8. ‘The Navigator’ by Hurray for the Riff Raff

When She Shreds started off their 12th issue mixtape with the title track from this album, it’s fair to say I primed for greatness. And I was not disappointed. What started life as an autobiographical work took on a life of its own as a narrative concept album about a street kid navigating (sorry) a big city. The influences at work here are apparent but working in perfect harmony. Alynda Segarra moves on from folk to rockier terrain here, both musically and thematically.

Buy The Navigator by Hurray for the Riff Raff here. 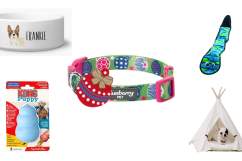 9. ‘Turn Out the Lights’ by Julien Baker

Present among the themes of most of the albums on this list, particularly St. Vincent’s, the struggle with substance abuse outlines much of this sophomore outing from the extremely promising Julien Baker. As the opioid epidemic continues to roil, it makes sense that you’d find drug dependency at the heart of the best albums of the last few years. If you managed to go without hearing about her first album, you missed out on her delicate, haunting guitar work interwoven with her equally gentle vocals. Those are present here, too, but along with her growth in arrangement came building crescendos, which offer cathartic payoffs for the songs on this album.

Buy Turn Out the Lights by Julien Baker here.

If you’ve gone through this whole list wondering why everyone is so concerned with loneliness and the meaning of interpersonal interactions, you may find some explanation in the latest offering from the goddess of musical innovation herself, Björk. The Pitchfork list has this to say about the album: “She has characterized Utopia as her ‘Tinder album’ because it’s an exploration of something we all do more and more of: get to know one another online.” The separation afforded to us by the illusion of constant contact via smartphones begets a kind of loneliness and a bent toward nihilism, but here she celebrates those interactions and gives us something approaching home for the future of communication.

Need more ideas for your Christmas shopping list? Check out our Gifts category for posts from our whole team throughout the month of December as we help you put a bow on your holiday buying.

Read More
Christmas, Gifts, Music, Shopping
For the music lover on your list, here are the top ten best new albums of 2017.