“Some might call me a hypocrite for suddenly having this message about safe sex because I chose not to use a condom while filming my movie, Weiner and Me,” Leathers said in a statement on Tuesday. “I don’t think I’m a hypocrite though. I think it would be foolish of me to not learn from a teachable moment like this. Had I not said anything about this, it would have felt like a missed opportunity on my part. And we all know I don’t like to miss opportunities.”

She also expressed that is only takes one time to contract the virus.

“What’s so crazy about this is that the only time I’ve been sexually active in many months was during filming, so just think, ONE sexual experience could put you in a scary situation. It’s just worth it to protect yourself and your partner.” 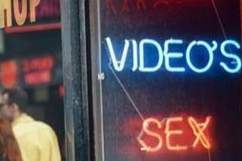