Promises of fast weight loss usually either come from diet pills ads or with warnings that you’re actually just losing water weight and that you’ll gain it all back, if not more, in a heartbeat.

But a new study published in the Scandinavian Journal of Medicine and Sports suggests that a low calorie and high-intensity exercise plan can actually reduce body fat in just four days. And unlike other fast diets, the weight loss actually seems to last for months.

The study tracked 15 overweight but otherwise healthy men (ages 18-55) from Spain and Sweden. Their plan was simple but grueling.

1. A very low calorie diet – they only ate 360 calories per day. They were allowed to drink as much of a low-calorie hydrating drink throughout the day as they needed/wanted.
2. A full day of exercise, usually about 45 minutes of upper body exercise and eight hours of walking through the Swedish countryside.

Average weight loss: 11 pounds, about half from body fat

1. No one dropped out and the men didn’t find it torture. The four-day plan sounds like a surefire way to hallucinate, with all that walking on very little food and calories per day. However, the New York Times reported that the subjects found the four days easier than expected.

According to José Calbet, a professor at the University of Las Palmas de Gran Canaria in Spain, ‘they were surprised that it was easier than they thought it would be,’ with common issues being joint pain and blisters (as opposed to an inescapable craving for mac & cheese).

2. The men did not immediately gain the weight back, and even kept it off after a few months. Some even lost more weight after the study ended.

According to Dr. Calbet, the only explanation they could come up with was that:

the men were inspired by their hypercompressed success to change their lifestyles. The men moved more and ate less than before.

Very interesting, and we’re looking forward to a repeat performance by this research team, as they want to repeat this study with female subjects. 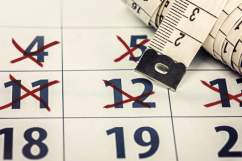 The Fast Diet: 5 Facts You Need to Know 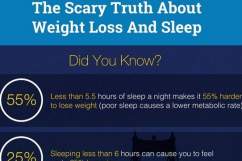 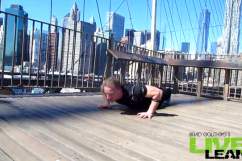 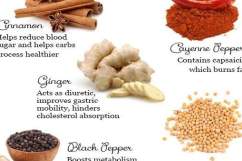 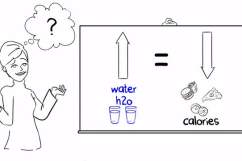 Water Diet: How to Use Water to Boost Your Weight Loss 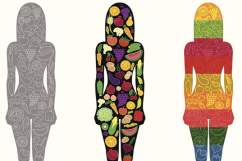 Calorie Calculator: How Many Calories Do I Need Each Day?