These are the best places online to find Paleo, primal, and caveman recipes, whether you want a meaty meal, fresh salad, Paleo breakfast, or decadent-tasting dessert. These are also good resources for gluten-free and dairy-free eaters since the Paleo diet is both of these things.

George Bryant, the man behind Civilized Caveman, is a self-taught chef and a former Marine who found good health in the Paleo lifestyle after battling his weight for a decade. His wildly popular blog features his real foods cooking and his grain-free, dairy-free, and gluten-free Paleo recipes.

This is a fun food blog to follow and read whether you always eat Paleo or not. Michele Tam, the blogger, is a funny writer and great food photographer and recipe developer. The whole thing feels personal, accessible, fresh, and young. You can also order her cookbook here.

One of the most popular Paleo food blogs, PaleOMG has pretty pictures and droolworthy dishes that make it seem like Paleo is not a diet at all. Great layout and breakdown of Paleo eggs, Paleo breakfast, Paleo treats, etc. If you love her stuff, order her cookbook here.

Gorgeous food blog from Australia with great recipes, a slick design, and food porn-worthy photography. Irena Macri’s goal is to show how diverse and interesting Paleo cooking can be and she does a really good job fulfilling her promise.

This is a blog to bookmark, especially if you need good Paleo recipes on a busy schedule. It’s written by a working mother Sarah Fragaso who serves up both simple and creative Paleo cuisine.

If you want comfort food for a Paleo lifestyle, then this is your place for all the heartwarming dishes that don’t make you think of being on a ‘diet’ at all.

This food site has the best tagline out there: “Recipes for looking good naked.” This is not a strict Paleo blog, as the bloggers are mostly (not strictly) Paleo. They do, however, have some really good Paleo recipes.

9. Taylor Made It Paleo

I can’t imagine cavewoman baking Paleo muffins, but if that’s your fantasy then this food blog is the one you need for all your treats and sweets.

This blog is written by a mom of a family of four, and she gives us ‘everyday food to power modern life’. 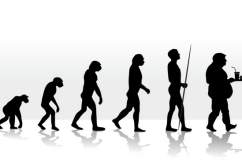 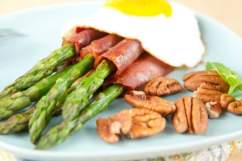