Our hearts are heavy from the news of B.K.S. Iyengar’s passing early this morning. May he rest peacefully. pic.twitter.com/OuvtJIBtBs

Beloved yoga practitioner B.K.S. Iyengar has passed away at the age of 95. Bellur Krishnamachar Sundararaja Iyengar was the reason yoga took off in the West. Here’s what you need to know about this yoga luminary.

I wonder how many Lululemon fanatics knew about Iyengar or his contribution to yoga. http://t.co/DDVACrvfpw RIP. pic.twitter.com/B6yztoNuei

According to the AP, Iyengar wrote a grand total of 14 books on the subject of yoga. Iyengar’s yoga expertise was honed over decades of experience. The AP reports that Iyengar started learning yoga at 15, and began teaching his first yoga classes at the age of 18. 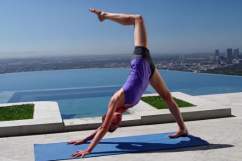 Cardio Yoga: Get Fit with this Online Workout

You can watch Iyengar do a variety of difficult yoga poses in the video above.

The New York Times notes that Iyengar had been suffering from kidney trouble prior to his death. Iyengar was 95 at the time of his death. The Times adds that Iyengar originally took up yoga to improve his health, which had been weakened by tuberculosis, typhoid, and malaria in his youth.

3. Iyengar Was One of TIME’s Most Influential People

Watch the video above to get a sense of what Iyengar’s unique yoga style was all about.

In 2004, Iyengar was named one of the 100 most influential people in the world by TIME magazine. His most famous work, “Light on Yoga,” has been translated into 18 languages.

“Iyengar teaches practitioners to lavish attention on the body. The goal is to tie the mind to the breath and the body, not to an idea. His philosophy is Eastern, but his vision is universalist. You can incorporate Iyengar into your life and yoga practice—but ultimately we’re Westerners on Western soil.

In my acting, as in my yoga, every nuance, every detail and gesture is the subject of my focus. I’m always paying careful attention, like a pianist, and translate that attention into my performance. Iyengar knows what the body needs, and he’s introduced to the West the Easterner’s best path to health and well-being.”

Iyengar is widely credited with making yoga popular in the West. In a 2002 interview with the New York Times, it was revealed that Iyengar’s path to global fame started with a musician. Famous violinist Yehudi Menuhin visited with Iyengar on a trip to Bombay in 1952. From there, other musicians and artists learned about the practice and sought Iyengar’s guidance. Iyengar also traveled to Europe to spread his knowledge.

Eventually, Iyengar was regarded as one of the founding fathers of modern yoga. As Iyengar stated in the interview: 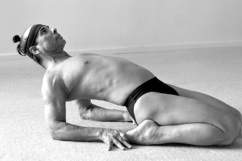 5. Iyengar Is Survived by Many Children

"The rhythm of the body, the melody of the mind & the harmony of the soul create the symphony of life.”- BKS Iyengar pic.twitter.com/kkuFphd4yS

According to the Washington Post, “Iyengar had five daughters and one son with his wife Ramamani Iyengar, whom he married in 1943 in an arranged marriage.”

Sadly, his wife died decades ago. Ramamani passed away in 1973. In an interview, Iyengar referred to his wife as “my partner, my guide, my philosopher.” He also stated that he trained his wife in yoga, so that she could better advise his personal yoga work. 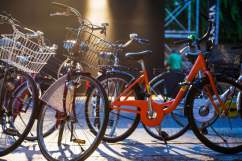 Read More
Alternative Health, Health, India, Yoga
B.K.S. Iyengar was the reason yoga took off in the West. He has died at the age of 95.