A nurse at the hospital were Ebola-stricken healthcare workers Nina Pham and Amber Vinson has blown the whistle on Texas Presbyterian’s protocols. In an interview with Matt Lauer on the Today show, Briana Aguirre said “I can no longer defend my hospital.”

1. Briana Said ‘We Were Never Told What to Look For’

In the interview, Briana tells Lauer that there had been no discussions with staff about Ebola prior to Thomas Eric Duncan’s arrival at Texas Presbyterian. She says “We never talked about Ebola…we were never told what to look for.”

Briana said there was an optional seminar offered on Ebola but staff were not forced to attend. She did say that the standard of protective equipment had been upgraded. Although, according to Briana, there was a gap of a few inches between the mask and gown. She the suit left a gap below the chin. Speaking frankly, Briana talked about her reaction to the suits:

To be honest, I threw a fit. I just couldn’t believe it, in the second week of an Ebola crisis at my hospital, the only gear they were offering us allowed our necks to be uncovered.

When she raised the issue with the hospital’s vice president, he promised Briana he would get back to her, he never did. 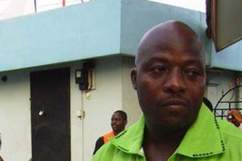 WEWS NewsChannel5 in Cleveland obtained this yearbook photos of Amber Vinson, who is from Akron, Ohio. (Twitter/@WEWS)

When Nina Pham and Amber Vinson were first diagnosed, Briana was one of the nurses taking care of them. On October 16, days after her diagnosis, Pham was moved to a hospital in Maryland. Vinson was moved to Emory University Hospital hours after she tested positive for Ebola. Aguirre was not one of the nurses caring for Thomas Eric Duncan.

3. She’s Worried About Losing Her Job Because of the Interview

A Hazmat squad member removing items from where Thomas Eric Duncan had been staying in Dallas. (Getty)

She has worked at Texas Presbyterian for three years. Speaking about her future at the hospital, she admitted that she may be fired because of her whistle blowing. Briana insisted though that coming forward was the right thing to do. She called the job the “best she ever had.” Telling Lauer, Briana said “I’m the breadwinner of my family. I’m terrified. I’m just like the majority of middle class, working class people.” She is the mother of two daughters.

4. A Facebook Page Has Appeared in Support of Her

The page was activated almost immediately after Briana’s interview. One commenter on the page said, “What a brave nurse to step forward like that God bless her and I pray she will not suffer any retaliation.” Another said, “Thank you for making us aware of the negligence. We will do everything on our part to keep ourselves safe. That’s all anybody can do. Briana, you are an angel.”

Thank you #brianaaguirre for your bravery. I predict you will go far in life!

This nurse on the Today show is breaking my heart! As a mom I understand why she's blowing the whistle. Hats off to you #brianaaguirre

5. She Is Not a Member of a Nurse’s Union

During the interview, Briana says that she is not a member of a nurse’s union. On the day of Amber Vinson’s diagnosis, National Nurses United demanded answers has to how two nurses at Texas Presbyterian got Ebola. One of the issues was over the lack of isolation given to Thomas Eric Duncan, reports of exposed medical waste not being cleared and the lack of training given to staff about the spread of Ebola. 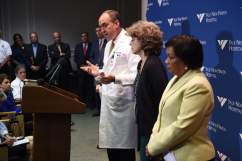 Ebola in Connecticut? 5 Fast Facts You Need to Know