With so many weight loss methods on the market, it’s hard for a dieter to know which one to pick. They are offered such conflicting advice that no matter which diet they choose they will end up violating the rules of another.

There is good news though: The heavy emphasis on low-protein versus low-carbs versus low-fat diets has turned out to be misdirected. Rigorous analysis of the data shows that the most important consideration for weight loss is to just reduce calories.

Here’s what you need to know to approach a lower-calorie diet in a practical way:

Making practical choices is key to a good strategy. The fruit is practical, the OJ is not. (Flickr/TipsTimesAdmin)

Even worse: They are all doomed to failure.

They are doomed because the advice they give is not practical. Most people are not able to give up eating something forever. Sure, they can give up some types of food for a while, maybe even a long while, but not forever. Once they start eating the forbidden food again they are likely to overdo it and regain the weight they lost.

A much better idea is to be practical.

It is far more practical to explain to dieters where the calories are hiding in the food they eat and then let them make their own decisions on what to give up.

By not imposing deprivation, but instead by letting them pick and choose what to eat or not eat, people feel less deprived overall.

Then they are in a position to succeed in not only losing weight effectively but also maintaining it.

Danger! Olive oil is NOT your friend. (Flickr/USDA.gov)

Olive oil is the single most misunderstood food product.

Ask the average dieter if olive oil is good for them and 90% will say, “Yes.” Though it is true that it is somewhat better for you than other oils due to its higher concentration of monounsaturated fat, that is a long way from saying that it is good for you.

And it definitely does not promote weight loss.

Yet fitness gurus and weight-loss experts are quoted time and again extolling the virtues of olive oil.

Though the Food and Drug Administration allow olive oil labels to claim that the presence of monounsaturated fat may reduce heart disease, there is more to it. The manufacturers are also required to add that to get this benefit, the olive oil must replace a similar amount of saturated fat and must not increase the total calories you eat in a day.

That is the part everyone misses.

3. Being More Practical About Olive Oil 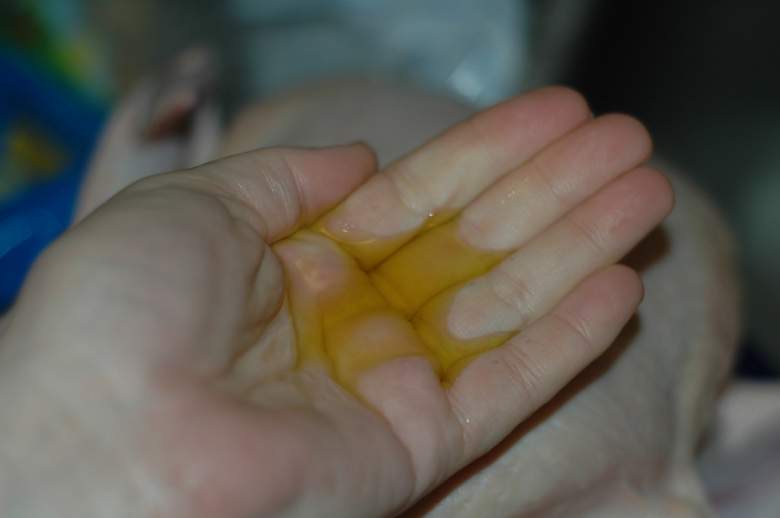 This is 250 calories of oil. Squeeze out as much oil as possible when you cook. (Flickr/Teresa Trimm)

Despite its super-sized calorie-dense punch of 120 calories per tablespoon, many people who are desperate to lose weight insist on using olive oil for cooking. Most of them will not give it up no matter what.

But all is not lost.

Here are some practical ways to eliminate many unnecessary calories despite cooking with olive oil:

Whenever possible, skim and remove the top layer of oil in your pot. Do not mix it back in.

Before you eat fried food, blot it repeatedly with a paper napkin to remove excess oil. Use a fork on top of the napkin to squeeze out as much as possible.

Before you consume a meal that has an oil-based sauce, tilt the bowl from side to side a few times to drain off unnecessary extra oil.

As you near finishing your portion, when you hit the bottom layer of your bowl where the rest of the oil has settled, throw it away.

Remember: At 120 calories per tablespoon, olive oil is not dietetic and you should try to minimize its negative impact.

4. Salads Are Fine; Dressings & Add-ons Are Not 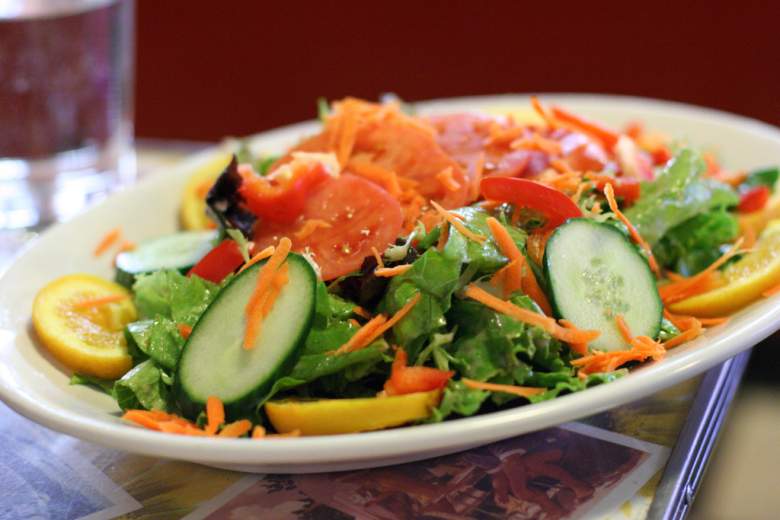 Salad dressing is a thinly-disguised version of the olive oil conundrum. Everyone believes that when you want to lose weight, you should eat as much salad as possible.

To an extent they are right.

Where they go wrong is that they don’t realize that the good they are doing by eating a salad with its very low calorie content they undo by lathering on salad dressing and add-ons. The average salad dressing has anywhere from 25 to 100 calories per tablespoon. Most people use two to four tablespoons per medium-sized salad.

That can add up to 400 extra calories per salad.

If you are using a “light” Italian then you are doing well. But if you are pouring on half the bottle of a creamy Ranch dressing, you are not doing yourself any good.

You also have to beware of the add-ons. Salad buffets for example offer a range of extras from bacon bits to eggs to cole slaw and more. A careful count of these add-ons can show an extra 300 – 500 calories per meal. All of a sudden that “low-cal” salad has ballooned to a high-calorie disaster.

As always, even when it comes to salads, be practical.

5. The Satiety Index Measures How Long Different Foods Will Keep You Full

She needs her belly to feel full quickly! (Flickr/Frank Kovalchek)

The Satiety Index was developed experimentally to rank different foods on their ability to satisfy hunger. For the dieter, it lets you choose foods for your weight loss program that maximize your sense of fullness and minimize your hunger pangs.

The researchers gave volunteers 240 calorie portions from different types of food and then measured how much they felt like eating two hours later. The results were surprising.

Topping the list of promoting fullness were boiled potatoes. They produced a 323% rating (when compared to the baseline of 100 for white bread.) Oatmeal, oranges, apples, brown rice and beef also ranked very high.

The calorie content and nutrition value were not part of the consideration in the experiment.

However it turns out that in general, protein satisfies hunger longer and with fewer calories consumed than other types of calorie sources. On the other end of the spectrum, fatty foods were not filling for very long by comparison.

The main use for this concept is to make sure that the calories you are eating are doing their job of keeping you fuller longer. This will lead to less hunger pangs, less snacking and better satisfaction.

Read More
5 Fast Facts, Diet, Weight Loss
With all of the weight loss methods on the market, it's difficult for a dieter to know which one to pick. Forget what they say and try these practical ideas.