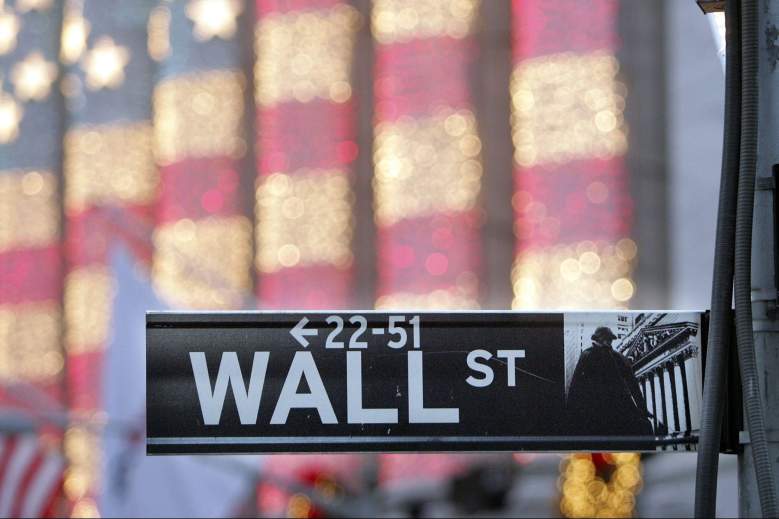 Last week we closed the books on May and tiptoed into the last month of the current quarter.

With all the major market indices once again inching higher last week, 2Q 2017 to date returns now range between 2.6% and 3.2% for the Dow Jones Industrial Average and S&P 500, with the standout being the Nasdaq Composite Index, which is up 6.8%.

The Nasdaq continues to be fueled by the model horsemen of the connected society and asset-lite business investment themes: Amazon (AMZN), Facebook (FB), Apple (AAPL), Alphabet (GOOGL) and Microsoft (MSFT). With several of those stocks now in overbought territory – yes, you Amazon, Microsoft and Alphabet — we have to question how much further the Nasdaq will climb in the near-term, especially as it, too, has entered overbought territory.

The S&P 500 is on the cusp of overbought territory as well. When that’s happened in the recent past, the index has either traded sideways for several weeks — as we saw from Dec. 9, 2016 to Jan. 23 — or it has soon peaked and traded off as shown by the move in late February and the first half of March.

Now for the sobering thought. This continued move higher quarter to date in the S&P 500 has come even though EPS expectations for the current quarter have been trimmed (as have those for all of 2017).

During the first two months of the current quarter, analysts lowered earnings estimates for the S&P 500 group of companies 1.7% to $31.58 from $32.13 during this period. With some modest tinkering to expectations in the back half of 2017, lower as you might have guessed, the wind-up was the S&P 500 traded at 18.5x expected 2017 earnings as we exited last week.

Even after those revisions, consensus expectations still have the S&P delivering more than 10% earnings growth year over year.

This makes team Tematica go “hmm,” especially given the paring back of GDP forecasts for the current quarter by both the Atlanta Fed as well and the New York Fed. We talked about the factors behind those moves on last week’s Cocktail Investing podcast.

Following the recording of that podcast we received the May data for both ISM Manufacturing as well as the employment report, neither of which pointed to an uptick in economic activity during the month. The result was the Atlanta Fed revised its 2Q 2017 GDP forecast down to 3.4% from 3.7% a week prior. At the same time, the New York Fed kept its 2Q 217 GDP forecast intact at 2.2% percent, but trimmed its 3Q 2107 GDP forecast from to 1.8% from 2%.

That 3Q 2017 GDP reduction is not only in keeping with the economic data we’ve been seeing of late, but also the likely reality that President Trump’s economic agenda will more or less stall during the summer months with Congress out of session more than it is in session. We’ve discussed this several times on the weekly podcast, but for those that may have missed it, we increasingly expect to see Trump’s economic agenda and reforms getting pushed back to late 2017 at the earliest and maybe even into 2018, due to the pending 2017 election season and Trump’s dwindling popularity. That combination will more than likely embolden Democrats seeking re-election to push back on or at least endeavor to forestall any and all of Trump’s maneuverings.

As we see it, we’re likely to see more GDP cuts for the second half of 2017 and that calls into question the probability that 3Q and 4Q 2017 earnings expectations for the S&P 500 will also be reduced further. As we mentioned above, the current EPS expectations for the S&P 500 call for just over 10% growth, but if those forecasts get cut back to between 6%-8% year over year, we could see a 5% to 8% pullback in the market from last Friday’s close. That’s assuming the current market P/E multiple of 18.5x forward earnings remains intact. Odds are, if EPS expectations come down, so too will that market multiple.

The bottom line, it seems the overall market is bound to hit some headwinds over the coming weeks, particularly as the typical lower summer trading volumes kick in and increase volatility. Embracing the idea that U.S. equities may have gotten overheated, investors pulled $1.6 billion out of ETFs tied to the space, according to the latest monthly data from FactSet and we discussed two bond ETFs that are reaping the benefits on last week’s podcast. With temperatures heating up, it looks like we’re in for a sideways market at best over the summer months.

Still Confidence in a Fed Hike

Following last week’s ISM Manufacturing Report, which suggested some pick up in the economy and conflicted with Markit’s May Manufacturing PMI for the U.S. that reported a downtick in activity, this week we’ll get ISM’s read on the service sector for May. We’ll also get April Factory Orders as well as 1Q 2017 productivity figures.

Following Friday’s disappointing May Employment Report, which widely missed expectations and showed more than 600,000 people fell out of the labor force over the last 12 months, this weeks’ April JOLTS Report data should help square things up. In the May jobs report, we’d note the Labor Force Participation rate dropped from 62.9% to 62.7% and to add insult to injury, the BLS revised the April job creation numbers down to 174,000 from 211,000.

Here’s the thing. Despite the wide miss relative to expectations, the reality is to keep up with growth in the working-age population the Fed likely needs to see the economy create 75,000-100,000 jobs in May to stay on course for boosting rates at its next FOMC meeting, which will be held next week on June 13-14. Despite weaker inflation data last week and the weaker jobs report, the CME fed fund futures market is still predicting 90% chance that the Fed will raise rates at the June meeting to a target of between 100 and 125 basis points. So far in 2017, financials have lagged the overall market given the drop in loan activity, mortgage applications and trading volumes, and while the tepid economy is likely to keep that the norm, we’ll be sure to keep an open mind when it comes to the Tematica Select List, which is part of our premium product, Tematica Investing.

In addition to the Fed’s forthcoming policy meeting, there are two big meetings occurring this week. Apple’s (AAPL) 2017 WWDC event and the European Central Bank’s (ECB) June 8 policy meeting. While we’ve seen favorable data on overall eurozone economic activity of late, with issues like Greece once again rearing their head, odds are the ECB will keep the stimulus pedal to the metal a bit longer.
Perhaps we will hear some “contemplation” over when the ECB may boost rates, but with the Fed likely to inch rates up, we suspect the ECB would rather capture incremental export orders to further shore up its economy. We expect the ECB meeting to pretty much be a non-event.

There are some companies slated to report earnings this week, but perhaps more of interest there are several investment conferences. With just a few weeks until companies enter their quiet period, we expect investors will parse management comments made during these upcoming presentations rather carefully. Across these conferences, we’ll be looking for data points and commentary that we can parse through our thematic lens for our connected society, aging of the population, cashless consumption, disruptive technology and economic acceleration/deceleration investing themes.

Several paragraphs above we mentioned investors pulled $1.6 billion out of U.S. equity ETFs during May, and given the above short list of conferences the ETFs to watch this week will include:

While we are focused on those companies that are benefitting from multi-year thematic tailwinds, we’ll continue to monitor ETF fund flows as a barometer of investor appetite as we construct our own set of thematically focused indices.