Chicken Soup for the Soul

Chicken Soup for the Soul Entertainment (CCSE) got little comfort from Wall Street when shares began trading on the Nasdaq Friday.

‌Click for a larger image.

There was no pricing for this deal since CSSE took a different route and does not have to woo institutional investors.

Usually IPOs are limited to accredited investors. But Regulation A+ Mini IPOs allows smaller companies to raise up to $50 million via investment from anyone. That enables people who normally would have no chance to get a piece of a startup. Title IV (Regulation A+) of President Obama’s JOBS Act went into effect in 2015.

According to its SEC filing, the company planned to sell 900,000 shares at $12 per share, raising $10.8 million. On the investing page of its website, CSSE said its IPO was fully subscribed. It had the option to sell 1.6 million more shares, according to the fling.

Fully subscribed would mean the company hit its $30 million maximum to raise based on the regulation.

“Our customers and fans are passionate about our brand,” Chairman and CEO William J. Rouhana, Jr. said on the site. “Going public affords our loyal fans and others the opportunity to participate in the growth of our video content business.”

HCFP/Capital Markets and Benchmark are the joint bookrunners for the deal.

The self-help book “Chicken Soup for the Soul” was written by motivational speakers Jack Canfield and Mark Victor Hansen. It eventually sold about 11 million copies globally.

Canfield and Hansen sold the majority of the still-book-oriented company to Rouhana, Amy Newmark and Robert Jacobs in 2008. After the offering, Rouhana will own 7.7% of the company’s shares and Newmark will own 3.8%. Jacobs left the company after serving as chief operating in 2012.

Clearly known for its book, the company has more than 250 in print and sales of more than 500 million copies. But the company mission has turned to video content creation and distribution.

Part of the reason the IPO is fully subscribed is likely to be that it went into the black in 2016 from the red the year before.

4. Company Has a Collaboration Deal With Ashton Kutcher 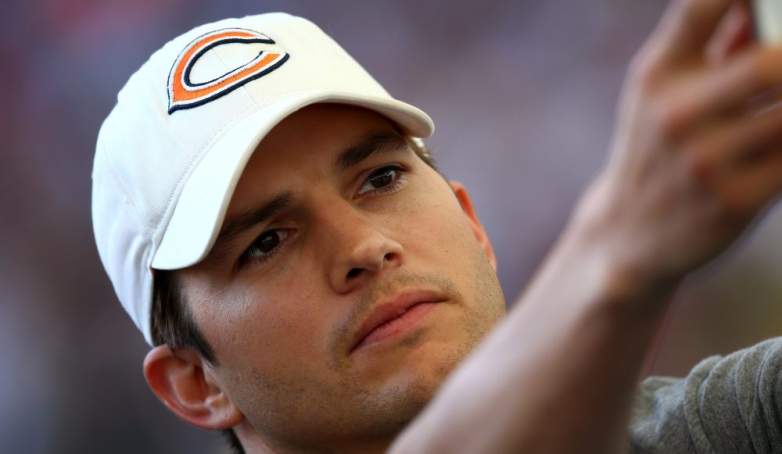 The company began an exclusive distribution relationship with the website A Plus (not to be confused with the A+ regulation). The site was founded by Ashton Kutcher, among others and “develops and distributes high quality, empathetic short-form videos and articles to millions of people worldwide,” according to CSSE.

The website’s masthead currently says it is “fueled” by Chicken Soup from the Soul.

The distribution agreement started in 2016 and runs through September 2023, with CCSE paying an advance of $3 million. That advance was paid back by last March.

Ashton Kutcher also will serve as a producer for the collaboration.

“In June 2017, we entered into a three-year collaboration agreement … with Kutcher,” the company said. “Under the terms of the Collaboration Agreement, Kutcher will serve as an executive producer and collaborate with us on all business and creative elements of two new television series for us relating to the positive content of A Plus and the Chicken Soup for the Soul brand.”

The company said it will have net proceeds of about $6.2 million after the offering and $23.8 million if it sells its additional shares.

The company plans to use up to $4.1 million to repay term notes.

The rest of the proceeds will be used for:

And if you subscribe now, you can get $20 off the the annual price using promo code 20DISCH

Tim and Kim’s first recommendation, Mobileye, was recently acquired at a 34% premium by Intel. We provide the first two ideas at Stirling Strategic Investor for free. We look forward to providing you uncommon ideas of true value.