Latin American travel company Despegar.com (DESP) locked up its initial public offering by pricing shares at the top of its range and then watching those shares end much higher on the New York Stock Exchange.

Despegar.com raised $332 million with its IPO, pricing 12.8 million shares at $26 per share, the top end of its range.

Morgan Stanley and Citigroup the lead underwriters of the deal. Itau BBA, Cower, UBS and KeyBank Capital are co-managers.

Under the overallotment provision, the underwriters can buy around an additional 1.9 million shares with 30 days of the offering.

“Pending our use of the net proceeds from this offering, we plan to invest the net proceeds in a variety of capital preservation investments, including short-term interest-bearing investment-grade securities, certificates of deposit or government securities,” the company said in its IPO filing. 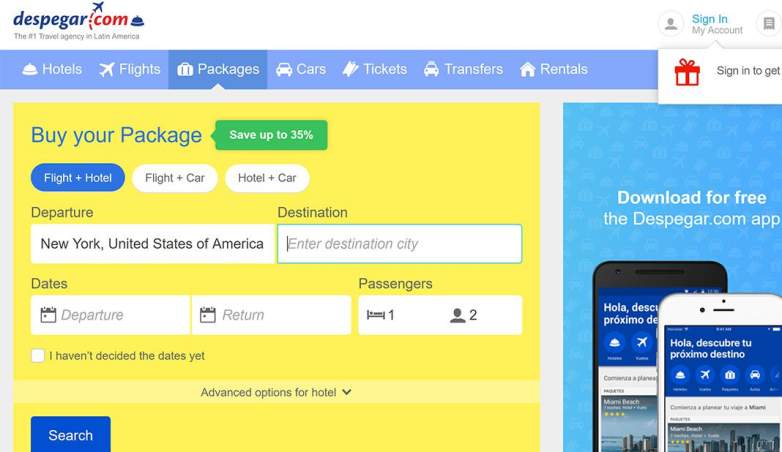 No need to get super granular on what this company does.

It operates travel sites for travel in Latin America. Despegar.com is the global site and Decolar is the site for Brazil.

Despegar.com was founded as a new business in the British Virgin Islands in February 2017 and all shareholders of Delaware-based Decolar.com swapped shares to create the new holding company.

The company first began operating in 1999 when it launched a site in Argentina. It estimated about 140 million unique visitors hit its platforms in the 12 months ended June 30, 2017.

Since its inception on July 5, recommended stocks by Stirling Strategic Investor have returned 6.62% by Sept. 11 vs. the S&P return of 3.32%.

If you subscribe now, you can get $20 off the annual price using promo code
20DISCH

Expedia (EXPE) shareholders will want to keep DESP in mind as the relationship is close.

First, as far as the IPO is concerned, Expedia owned 16.4% of ordinary shares of Despegar.com as of Aug. 31.

Then there’s the outsourcing agreement.

“All hotel and other lodging products that we offer through our platform for all countries outside Latin America are provided to us exclusively by Expedia,” Despegar.com said in its SEC filling.

“Under the agreement, Expedia is also the preferred provider to us of hotel and other lodging products in Latin America.”

In return, DESP must pay at least $5 million in marketing fees over a six-month period, something it hasn’t failed to do since it started the deal in 2015. If it fails, it would owe a $125 million termination fee.

So far, the deal has been good for DESP revenue as its marketing fees accumulated by booking Expedia and affiliate properties, minus the percentage it pays back to Expedia, were nearly $19 million for the six months ended June 30. That’s 7.6% of revenue for the six-month period.

Expedia has agreed not to acquire more than 35% of “voting or economic power of our outstanding share capital within three years of this offering” the company said, unless Expedia makes a tender offer for 75% control.

4. It Was Profitable the First Six Months of the Year

A look at this year’s financials for the first six months compared with the same period in 2016 is more positive than negative.

A look at the headline full-year results may be a little more puzzling, since revenue went down slightly in 2016 compared with 2015, but the company managed to swing to a profit of $17.8 million from a loss of 85.3 million.

Despegar.com did cut operating expenses in 2016, especially selling and marketing, the decrease in cost of revenue (fees like credit card processing and chargebacks) is also very significant.

But the company also cut headcount at its fulfillment center by 23% and investors should be aware that a spike in fraud is always a possibility.

5. Watch Out for Volatile LatAm Currencies

When dealing with companies operating outside, but listing in the U.S., there is always a currency issue.

Companies often back out or at least flag these fluctuations, but it’s worth highlighting with Latin America.

In the travel business, pre-pay transactions where the site takes payment up front but doesn’t pay until the customer checks out, can also be a risk. Despegar.com said it manages short-term loans and investments for hedging.

We provide the first two ideas at Stirling Strategic Investor for free. We look forward to providing you uncommon ideas of true value.