If you’re like me, you’re always up to trying new ways to consume your cannabis. There are so many different ways to partake in 420 activities in 2022 – like using desktop vaporizers, disposable vapes, dry vapes (like the PAX Plus we’re going to talk about in this review), edibles, dabs, bongs, or just straight-up rolling it up the good old fashion way.

**A PAX Plus review unit was provided by PAX for an honest review.

So after all of the great things I had heard about PAX’s line of dry vaporizers (including from our very own cannabis expert here at Heavy, Cecelia May Thorn), I was excited to see that they were releasing the new PAX Plus – self-described as ‘the ultimate dual-use, portable vaporizer.’

After testing quite a few other dry vaporizers and dab pens this year, I was excited to get my hands on the PAX Plus. And after testing the device for the past few weeks, it became immediately apparent why PAX’s portable vaporizers are so highly recommended: ultimate quality.

Read More About the PAX Plus Here

The device looks absolutely gorgeous, with a super minimalistic design that is typically attributed to other luxury tech devices. The PAX Plus we received is periwinkle – one of four options currently available for the PAX Plus (others options include sage, elderberry, and onyx). If you’re a fellow tech nerd, you’ll love how it looks and feels in your hand. And, it’s small enough to be ultra-portable but not too small to be uncomfortable to hold in your hand.

There are also two mouthpiece options included with the PAX Plus (one that’s flat and one that’s raised) are great; my wife prefers the extra mouthpiece that comes with it while I prefer the one that comes on it.

In comparison to some of the other newer dry vaporizers out there, the PAX Plus looks like the premium option.

Simply put, the PAX Plus is made for people who want to dry vape without all of the fuss. It’s super easy to use. You just need to pack .5g of finely ground dry bud into the oven and tamp it down as much as possible as you’re loading it (which yes – I know goes against everything we’ve been taught about dry vapes in the past). Then, press the power button in the middle of your mouthpiece, choose your desired oven temperature, let the device heat up your bud, and when the light turns green on the front of the device, you’re good to pull. Pull until your heart’s content. And, another thing worth mentioning about it is that you don’t need to pull hard to get much vapor at all; a quick 2-second pull is all you need to get a good cloud.

It’s also worth mentioning how quickly the device heats up – just 22 seconds and you’re ready to pull. That’s about half the time it takes its predecessor, the PAX 3, to fully heat up. The PAX Plus provides four different temperature options for the device to allow you to smoke how you want.

If you’re looking for the biggest cloud and the fastest smoke session, change the device’s lights to Red. For a step down with a slightly lower temperature and less vapor, choose Yellow. Setting the device to Green lights will produce a small cloud of vapor, and if you’re really looking to stealth-it-up, Blue will produce minimal vapor and will dim the LEDs.

Typically speaking, I tend to start my sessions on the lowest setting (Blue) and gradually increase to Yellow. This allows me to taste the actual terpenes in each of the different strains I smoke, and then finish strong with more vapor. While using the highest setting might be ideal for seasoned smokers, it does tend to make the flavor quite a bit harsher, so it’s not for me. Switching between the PAX Plus’ four different settings is quick and easy, and the device heats up quickly (in under 30 seconds).

If one of the reasons you’ve stayed away from vaping your dry herb is because you don’t want to deal with the mess it typically creates, the PAX Plus is the perfect weed-smoking device for you because of how incredibly easy it is to clean. One of my biggest complaints in my recent review of the Lynx Gaia dry vape was how tedious the cleaning process was. With the PAX Plus, that is all eliminated as it is significantly easier to clean than any of the other dry vapes I’ve used.

It comes with everything you need to clean it, save for the isopropyl alcohol you’ll also need, including a cleaning brush. Included with your PAX Plus are new 3D oven screens, which are slightly raised for better airflow than the screens included with the PAX 3. It’s a relatively small improvement, but it does make for slightly more vapor, it seems.

It’s also worth mentioning here that while the PAX Plus instruction manual will tell you that you need to clean your device after every session, cleaning it after every three sessions or so worked just great for me. 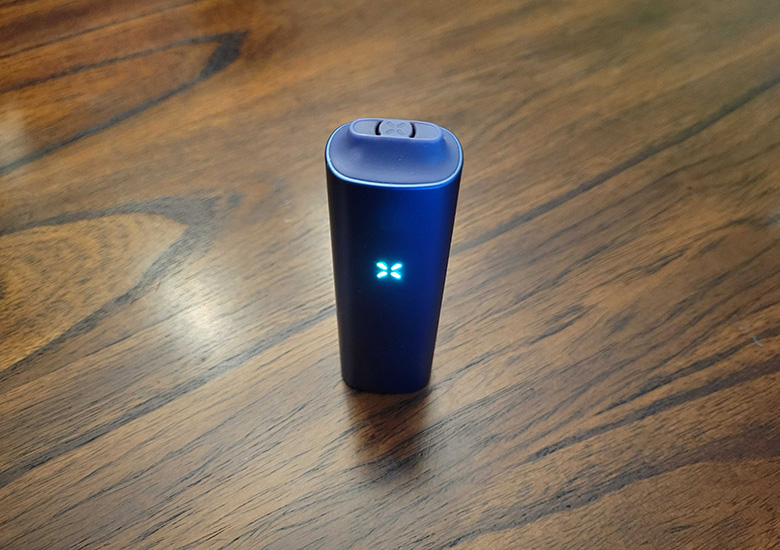 Buy the PAX Plus Here

Bringing Out the Flavor

Like the PAX 3, the new PAX Plus really brings out the different flavors in your dry bud. Is there much of a difference? Not really; at least, a difference isn’t significant enough to be noticeable.  Still, if you’re looking to amplify the terpenes during your sessions, any PAX device is likely your best option (and the Plus is no exception).

The new PAX Plus’ battery life isn’t bad, but it’s not quite as advertised. If you look on the actual PAX Plus page, it totes 2+ hours (from 8-10 sessions), but that doesn’t quite hold up. In my experience, despite the device being fully charged, the PAX PLUS’ battery would only last for about 45 minutes before I’d need to plug it in again (which is more like 3 sessions).

PAX notes that the Plus comes with a wildly impressive 10-year Limited Warranty. That’s virtually unheard of with any type of gadget.

One of my only real gripes with the PAX Plus is that it doesn’t work with the PAX app. This means that you can’t manually choose your oven temperature and toy with the specifics like you can with some of PAX’s other devices. Instead, you only have the four preset options. Does it make things easier for those who just want the quickest and easiest way to vape? Yes. Does it disappoint those who would prefer to compare notes on the best temperature to smoke specific strains at? Yeah, slightly. Luckily, the fact that the PAX Plus doesn’t work with the PAX app isn’t a dealbreaker. 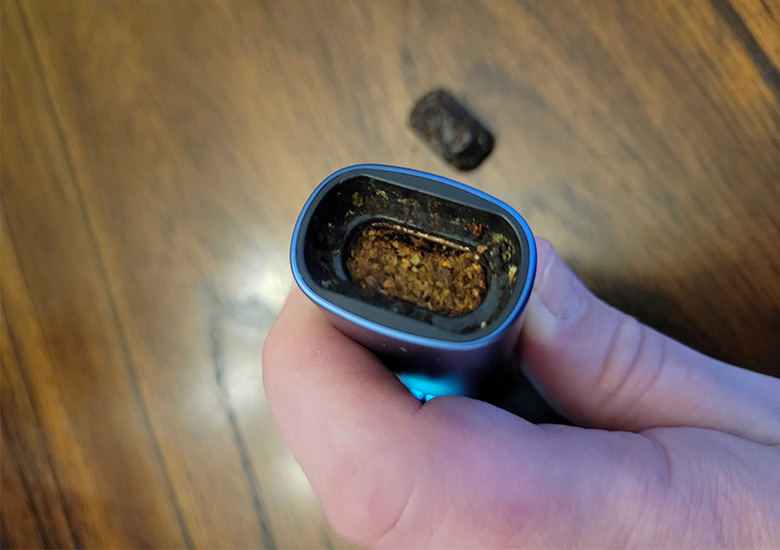 Heavy’s Final Verdict: 4 out of 5 Stars

The new PAX Plus is the easiest dry weed vaporizer I’ve used so far. Its upgrade in heating speed and a slight boost in vapor over the PAX 3 are good improvements, but not worth the price of a new device if you already have the PAX 3. However, if you’re in the market for a brand-new portable dry vape and you don’t currently own anything in the PAX line, the PAX Plus is a top-tier option thanks to its sleekness, discreetness, and ease of use.

Buy the PAX Plus Here