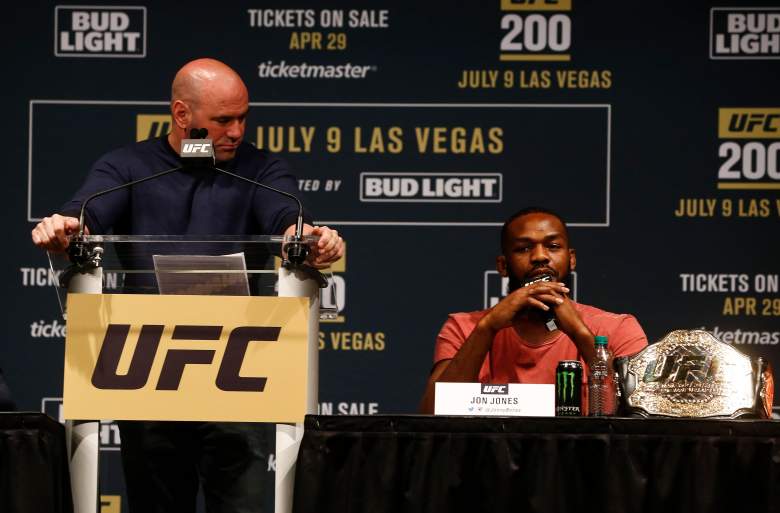 Late Wednesday night major news in the Ultimate Fighting Championship (UFC) dropped, as it was reported by ESPN that the fight between Jon “Bones” Jones and Daniel Cormier had been canceled. The reason for the cancellation was that Jones potentially tested positive for a drug test administered by the United States Anti-Doping Agency (USADA), with UFC president Dana White saying Wednesday night that Jones could be facing a suspension as a result. Here’s what you need to know about the news, and what it potentially means for Jones’ career.

1. The Positive Test Came From a Sample Taken June 16

According to the announcement made by the UFC Wednesday night, a drug test taken by Jones in mid-June was flagged by USADA. Under normal circumstances fighters are given time to prepare a full defense of themselves before any disciplinary measures are taken. But with the fight between Jones and Cormier scheduled for Saturday night in Las Vegas, there isn’t enough time to have a hearing and render a decision regarding Jones’ status.

“This was a pretty brutal phone call,” White said during the press conference in which the cancellation of the fight was announced. “Apparently he was tested in June. When someone (sic) tests positive, they just run (the sample) through a bunch of tests to make sure. [USADA] never give a result unless they’ve really tested it.”

2. The ‘B’ Sample Still Has Not Been Tested 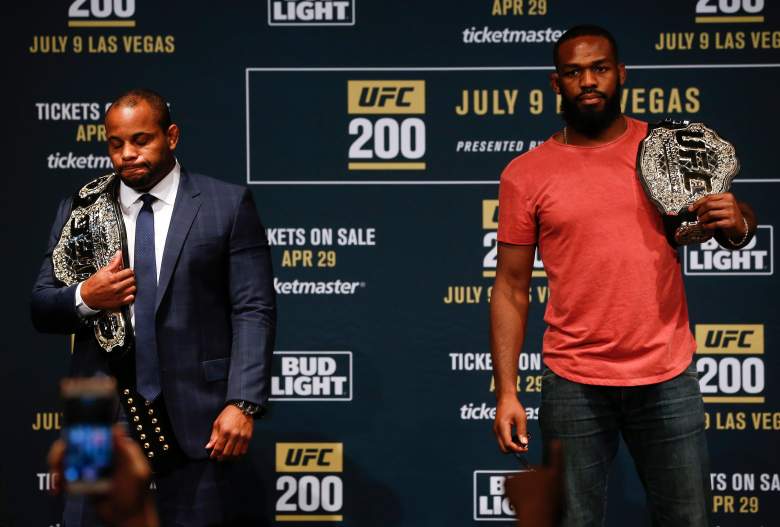 Once again a Cormier vs. Jones matchup hits a roadblock (Getty)

In the USADA drug-testing process there are two samples, an “A” sample and a “B” sample. According to White Jones’ positive test came from the “A” sample, and the second sample has yet to be tested by USADA. While this doesn’t do Jones much good when it comes to getting into the octagon with Cormier Saturday night, it is important when it comes to possible sanctions down the line. A negative “B” sample would put Jones in the clear and back on track to return to the octagon at some point in the near future. But a positive test would in all likelihood mean a suspension for Jones.

According to the USADA testing database, Jones has been tested on six separate occasions in 2016.

3. Jones Has Dealt With Legal Issues Since His Win Over Cormier Last January 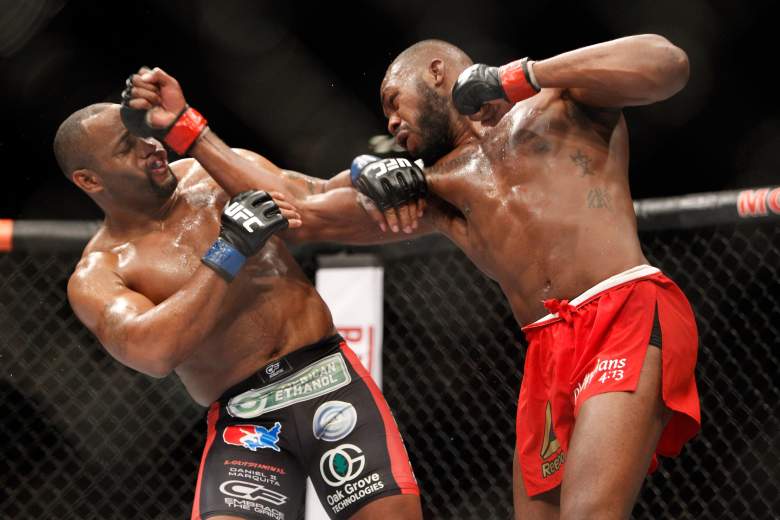 The possibility of a suspension means that Jones could be in line for another lengthy absence from the octagon. In April Jones beat Ovince Saint Preux by unanimous decision at UFC 197, which was his first fight in just over 15 months. Prior to that victory Jones last fought in January 2015, when he beat Cormier by unanimous decision at UFC 182. During that time Jones was involved in a car accident in which he was charged with leaving the scene of an accident, ultimately pleading guilty to a felony charge and being sentenced to 18 months of probation and 72 community service appearances.

As a result of that situation the UFC suspended Jones indefinitely and stripped him of the light heavyweight title. This past March, Jones was back in front of a judge facing a charge of violating the terms of the probation. Jones received multiple tickets during a traffic stop, including one for drag racing, thus running the risk of violating his probation. However the judge presiding over the case did not send Jones to jail less than a month prior to the St. Preux fight, instead giving him 60 more hours of community service and a mandate to attend anger management classes.

4. This Isn’t the First Time a Jones/Cormier Matchup Has Fallen Apart

The rematch between Jones and Cormier was originally scheduled to headline the UFC 197 fight card. However that plan fell apart just over three weeks prior to the April 23 fight after Cormier suffered an injury in training. Cormier injured his shin in training camp when a sparring partner checked his kick, resulting in a torn ligament in his leg. The injury forced Cormier off the card, with Ovince Saint Preux taking his place. Jones won that match by unanimous decision, as noted above.

As a result of Wednesday’s developments fight fans will have to wait even longer for a second matchup between Jones and Cormier, with it being quite apparent over the last year or so that the two don’t care for each other all that much. The two exchanged words during their photo op stare-down Wednesday afternoon, before news of Jones’ positive test dropped. 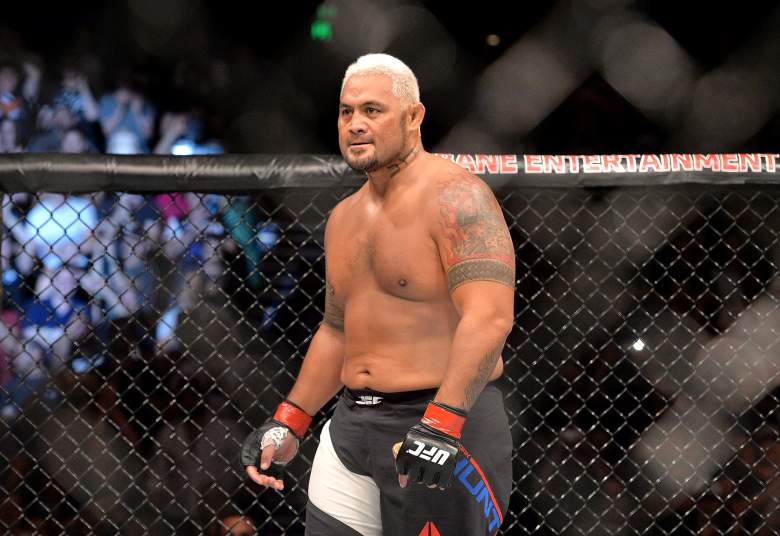 With Jones vs. Cormier 2 no longer available to lead the fight card for UFC 200, the heavyweight fight between Brock Lesnar and Mark Hunt will be the main event on the four-fight PPV card Saturday night in Las Vegas. Also on the pay-per-view card are Miesha Tate vs. Amanda Nunes, Jose Aldo vs. Frankie Edgar and Cain Velasquez vs. Travis Browne. Lesnar will be fighting for just the ninth time in the UFC, with a record of five wins and three losses, while Hunt is 12-10-1 in his UFC career.

Loading more stories
wpDiscuz
1
0
Would love your thoughts, please comment.x
()
x
| Reply
Jones is off the card for UFC 200 after failing a drug test. Here's what you need to know.