Beyoncé Knowles, better known as simply Beyoncé, rose to fame as a member of Destiny’s Child in the late 1990s, and later carved her own path as a solo artist. Born in Houston, Texas, Beyoncé began performing at the young age of seven, trying everything from singing to dancing to acting. Later, with the all-female R&B group Destiny’s Child, she released four albums from 1998 to 2004. The group’s third, Survivor, hit number 1 on the Billboard 200.

When Destiny’s Child was on hiatus, Beyoncé released her first debut solo album, Dangerously in Love, which included two top Billboard singles. After the group split in 2005, Beyoncé solidified her position as a solo artist with the release of her second album, B’day, which included her hits “Irreplaceable,” “Beautiful Liar,” and “Déjà Vu.” She then began her acting career, which was fairly successful, including starring roles in The Pink Panther and Obsessed.  In 2008 Beyoncé won six Grammy’s for I am…Sasha Fierce, breaking the current record. From there, her fame (and fortune) grew massively.

How Much Is Beyonce’s Net Worth?

Beyoncé’s net worth is $350 million, according to Forbes. On Forbes America’s Richest Entrepreneurs Under 40, Beyoncé comes in at number thirty-eight. Her career has been and still is so diverse and versatile, that the question becomes, how exactly did Beyoncé make her money? The answer is a variety of sources, including albums and streaming, concerts and tours, endorsements, clothing and merchandise, and finally, real estate and acting.

Here’s what you need to know about Beyonce’s net worth, endorsements and revenue streams:

1. Beyoence’s Net Worth Is Fueled by Music Sales & Acting Income 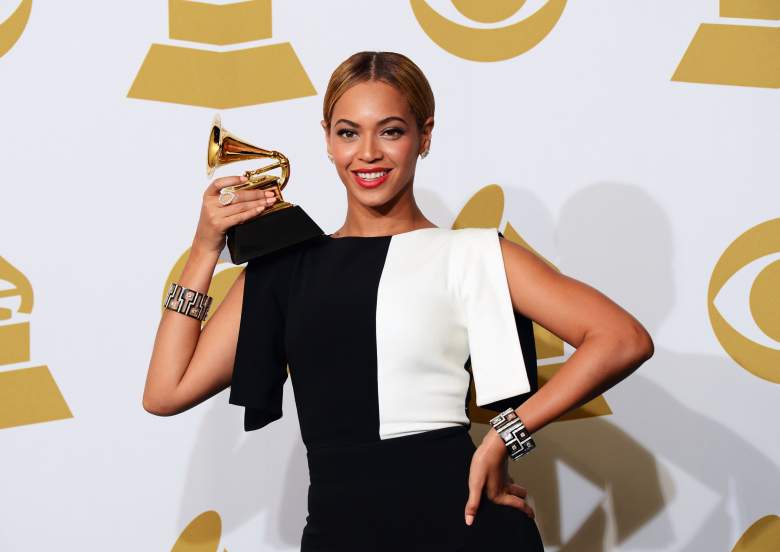 According to Billboard, Beyoncé had sold 17.2 million albums as of 2016. Her first studio album Dangerously in Love, which ended up in her first solo concert tour, was a worldwide success, cementing Beyoncé as a solo artist.  In its first week, the album sold over 300,000 copies, and quickly climbed the ranks to top the US Billboard 200 chart. Both “Crazy in Love,” and “Baby Boy,” were number 1 hits, and “Naughty Girl” and “ Me, Myself and I” also placed fifth on the chart. As of 2011, over 11 million copies of the Dangerously in Love album have been sold.

As of 2013, Beyoncé had sold 8 million copies of her B’Day album. Her second studio album as a solo artist, B’Day was released in 2006 before The Beyoncé Experience tour. It topped the Billboard 200 chart in the United States, and includes her top single, “Irreplaceable.”

From “Halo” and “Ave Maria” to “Single Ladies [Put a Ring on It]” and “Diva,” Beyoncé’s third solo album, I Am… Sasha Fierce, had countless top hits. According to Billboard, the album topped the charts in both the United States and Ireland, and came in second in the United Kingdom. As of 2016, over 8 million copies were sold throughout the world, 3.2 million of which were in the United States, and another 1.7 million of which were in the UK.

A change in style from her first three albums, 4, Beyoncé’s fourth studio album sold 1.5 million copies in the United States and over half a million in the United Kingdom. Impressively, on the Billboard Top 200, 4 peaked in eight different countries–the US, France, Ireland, Switzerland, South Korea, Spain, Brazil, and the UK. The album featured Beyoncé’s hit singles, “Run the World (Girls),” “Best Thing I Never Had,” “Party,” featuring Kanye West, “Love on Top,” and “Countdown,” featuring Jay-Z.

Selling 617,000 copies in the United States and 828,773 copies worldwide in the first three days it was available, Beyoncé’s fifth studio album smashed records for the fastest selling album on iTunes and hit the top of the Billboard 200 chart in several countries. As of 2016, Beyoncé has sold over 5 million copies worldwide. largely thanks to singles “Flawless,” and “Drunk in Love.”

Finally, Beyoncé’s newest album, Lemonade, was released in 2016 and has already sold 2.5 million copies. The album features music from a huge variety of genres, from pop and reggae to rock, hip hop, and gospel. It also features several guest musicians featuring in singles, including The Weeknd, Jack White, Kendrick Lamar, and James Blake. Nominated for nine Grammy awards and winning two, the album was most famous for the call to arms for women– “Formation” – and also included “Hold Up” and “Sorry.” Rising to number one on Billboard’s 200 chart, Lemonade became Beyoncé’s sixth consecutive album to top the charts in the United States.

When it comes to acting, Beyoncé has made less than with her music career, but still not a small amount. She’s starred in seven movies, most memorably in Dreamgirls, Austin Powers in Goldmember, and Obsessed. According to China Daily, Beyoncé made $12.5 million for Dreamgirls, and $24 million for the soundtrack.

2. Her Tours Draw Millions of Fans, and Dollars 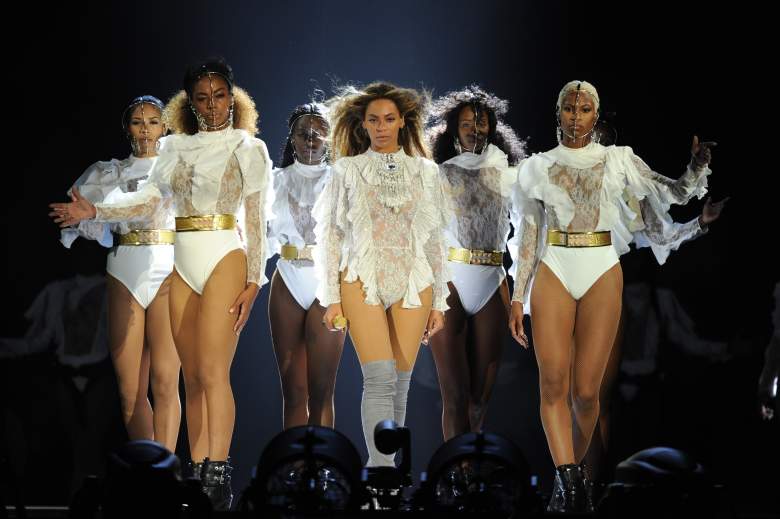 Beyoncé’s first-ever solo tour, the Dangerously in Love Tour, was a huge success. . Kicking off in 2003, the tour had a set list of fourteen songs, including a Destiny’s Child Medley and Beyoncé’s hits, “Crazy in Love,” and “Baby Boy.” On this tour, she only performed in Europe, with ten performances beginning in Manchester, England, and concluding in Amsterdam, in the Netherlands. While the gross income from this tour is unknown, it  brought Beyoncé a great deal of recognition.

In the 2004 Verizon Ladies First Tour, Beyoncé teamed up with rapper Missy Elliot and singer Alicia Keys.  Sponsored by L’Oréal and Steve Madden, the tour grossed $22 million from ticket sales throughout 29 cities, according to Yahoo! News.

After the launch of Beyoncé’s studio album, B’Day, in 2006, she embarked on her The Beyoncé Experience tour in 2007. This five-leg concert included ninety-six individual concerts on five different continents: Asia, Europe, North America, Africa, and Australia. While the tour featured the B’Day album, the song list also included numbers from her Dangerously in Love album and works with Destiny’s Child. According to Billboard, The Beyoncé Experience earned approximately $90 million through ticket sales.

Starring her album, I Am… Sasha Fierce, Beyoncé’s I Am… World Tour included shows in North and South America, Asia, Africa, Europe, and Australia. There were a total of 108 concerts, which grossed $119.5, according to Billboard. Beyoncé received much critical acclaim for this tour, with music critics praising her performances of “Ave Maria,” “Listen,” and “At Last.”

Beyoncé’s fourth tour, the Mrs. Carter Show World Tour, followed her performance during the halftime show of the Super Bowl XLVII. The tour lasted a year, starting in Belgrade, Serbia in April of 2013, and ending with a stunning show in Lisbon, Portugal, on March 27, 2014. The name of the tour is a reference to Beyoncé’s marriage to rapper Shawn ‘Jay-Z’ Carter, and Beyoncé dressed up as a different queen at every concert on her world tour. This was a particularly successful concert tour, as an estimated 2 million people attended concerts, and the ticket sales totaled $212 million over the course of the tour, according to Billboard.

For her On the Run Tour in 2014, Beyoncé performed with her husband, Jay-Z. The tour kicked off on June 6, in the United Kingdom, hitting 15 cities overseas. The second leg included concerts in 21 cities in the United States. According to Billboard, ticket sales totaled to over $100 million with just the North American portion of this tour, even with rumors of discord in Beyoncé and Jay-Z’s marriage. At each concert, there were approximately 45,000 people in attendance, earning the couple $5.2 million in sales per night.

Beyoncé kicked off her most recent tour, the Formation World Tour, in 2016. Her seventh concert tour involved traveling to cities throughout North America and Europe. In this three-part tour, according to Billboard, Beyoncé earned $210 million in just the first two legs in North America and Europe. The third and final leg kicked off after a brief intermission from August to September. This section of the tour, with concerts in 17 different cities ending in New Jersey, grossed $86.9 million, for a total of $256 million produced by this tour alone. 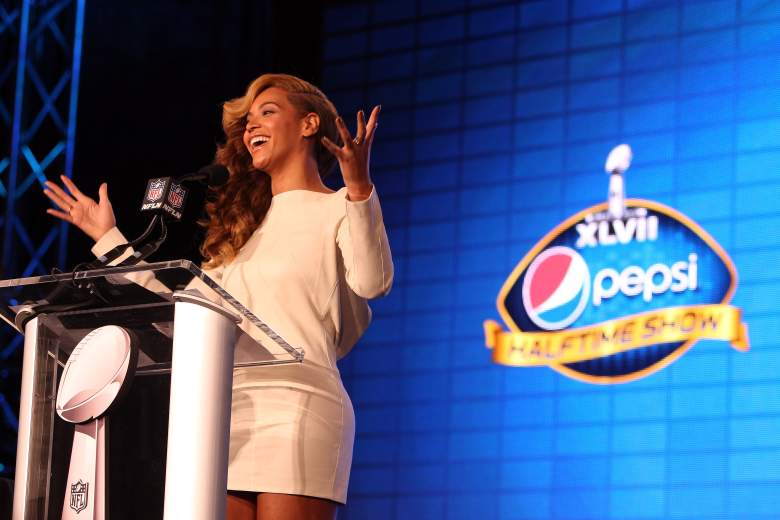 Endorsements and advertisements for various companies are a major source of income for Beyoncé. Pepsi, H&M, L’Oréal, and more pay millions of dollars to have Beyoncé appear in their advertisements or endorse their products.

Beyoncé has been a spokesperson for L’Oréal Paris, promoting various skincare products, since 2001. According to Campaign, the deal signed between Beyoncé and L’Oréal was originally for $4.7 million over 5 years and required the singer to work 10 days each year for the cosmetics company.

Every since 2002, Beyoncé has been featured in various Pepsi ads, signing several lucrative deals with the company over the years. In 2013, according to Billboard, Beyoncé signed a $50 million contract for an advertisement to be released at the Super Bowl in 2013, coinciding with her Super Bowl halftime performance. Her face was also featured on Pepsi cans.

In September of 2007, Beyoncé worked with Giorgio Armani to publicize their new fragrance, Emporio Armani Diamonds. Both the photo and video advertisements were shot in black and white, and featured Beyoncé singing and dancing. Similarly, in 2004 Tommy Hilfiger paid Beyoncé $250,000 to represent a fragrance called True Star.

Beyoncé has also been a spokesperson for American Express since the start of her career, at age 18. Many of her concert tours were and continue to be sponsored by the credit card company, and in 2007, she signed a multi-million dollar deal involving both commercials and print ads.

4. Her Creativity and Fashion Sense are Lucrative Too 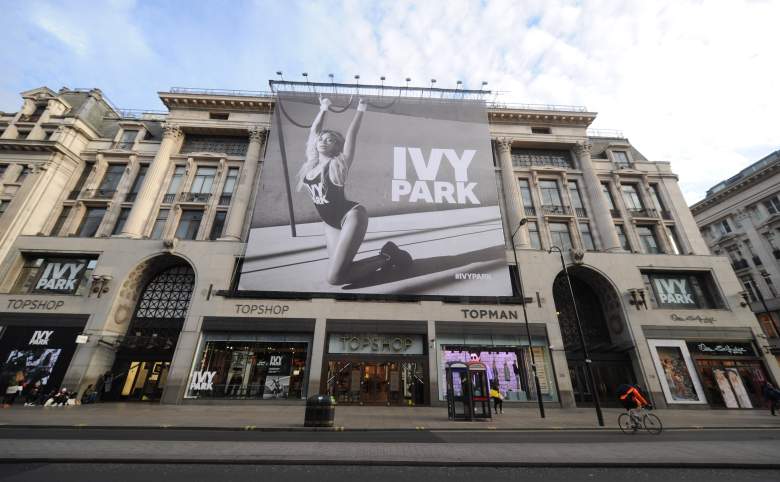 A fashion and clothing line founded by Beyoncé and her mother, House of Deréon offered casual and formal clothes for women of all ages. The brand was popular for about eight years, ending unofficially in 2012. It started with an adult line in 2004, followed up by a junior clothing line in 2006, both contributing to Beyoncé’s total income.

In collaboration with Claude Dir and Olivier Gillotin, Beyonce created a perfume line called Heat, released in 2010. From February to March 2010, $3 million worth of Heat perfume was sold by Macy’s, and several other major department and cosmetic stores had the perfume line on their shelves as well. Heat Ultimate Elixir, Heat Rush, Midnight Heat, Heat The Mrs. Carter Show World Tour, Heat Wild Orchid, Heat Kissed, and Heat Seduction followed the original fragrance. This line became the third best-selling fragrance in the world, with a gross income of $400 worldwide, according to Fashionista.

Beyoncé’s most recent merchandise line, an athleisure brand named Ivy Park,  was promoted alongside the Lemonade album, released by Top Shop, and sold out immediately. While the clothing line does not have any statistics regarding the income as of now, ad campaigns around it have been huge and the success of Lemonade hints at success for the line as well. 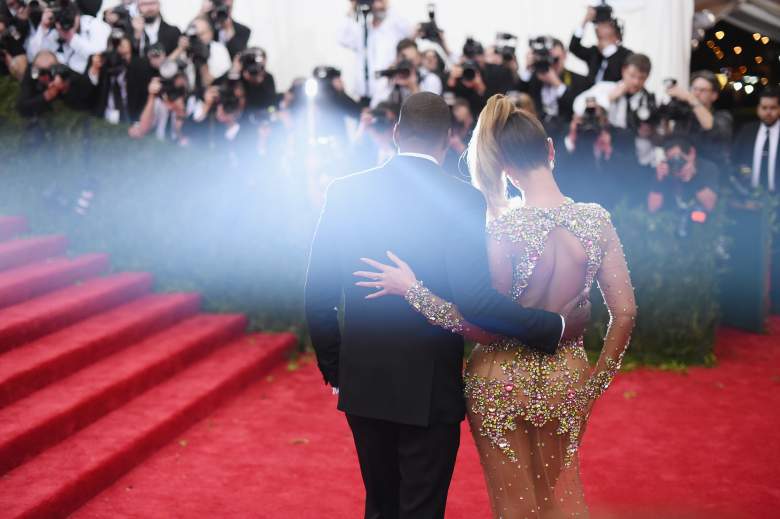 The Hamptons rental Beyoncé shares with her husband Jay-Z is worth $40 million, according to Fortune. It includes 12 bedrooms, 12 bathrooms, a screening room, and a bowling room. Additionally, the property she bought for her mother, Tina Knowles, is worth almost $6 million. In 2013, she purchased Cher’s house, which was reported to be worth $40 million.

More recently, the couple bought an $88 million mansion in Bel-Air. The 30,000 square feet of living space includes spa and wellness facilities and four outdoor swimming pools, a full basketball court, and six structures. Jay and Bey will be on tour together in 2018, making more money to afford their mansions.

Read More
5 Fast Facts, Beyonce
Beyonce's net worth is fueled by music and movie revenue and a bunch of lucrative business deals.