Bill Gates, the founder of Microsoft and chair of the Bill & Melinda Gates foundation, has long been one of the richest people in the world.

He first made his wealth through founding and selling shares of Microsoft, the world’s largest PC software company. He used that money to start investing through his personally funded firm, Cascade Investment, LLC.

Bill Gates’ net worth is $90.6 billion, according to Forbes. He was the richest man in the world for 15 out of the last 20 years, but was replaced in 2018 by Jeff Bezos, the founder of Amazon.

Gates founded the Bill & Melinda Gates Foundation, the largest private foundation in the United States, and also started the Giving Pledge, where billionaires pledge to give away half their wealth. So far, he has donated $50 billion to charity, according to Time.com.

From a computer obsessed kid to one of the world’s richest men, here’s what you need to know about Bill Gates net worth: 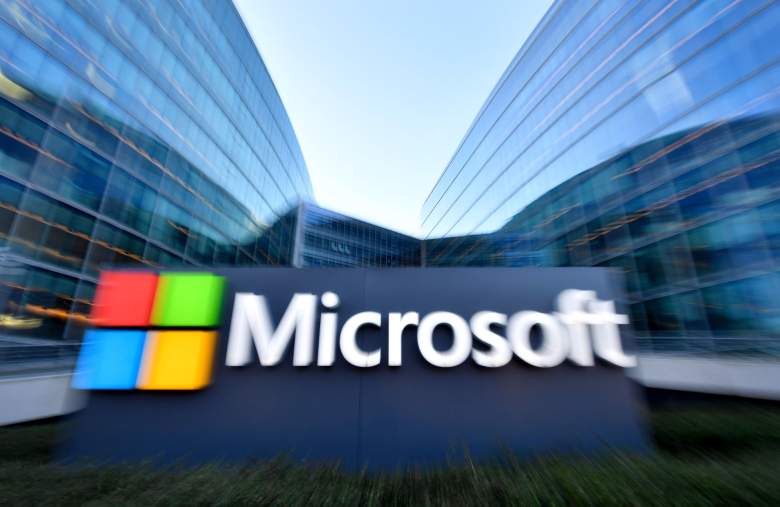 In high school, Bill Gates became obsessed with a teletype that connected to his school’s phone lines with a GE computer. Gates talks about the GE computer in this speech from 2005. He learned everything he could about computers and coding. While at Harvard University, he debated being a lawyer, but instead wrote code to help students schedule classes, and wrote a computer language for Altair along with his childhood friend Paul Allen. The language they developed was called BASIC, and was used for the MITS Altair 8800, the first microcomputer.

Allen went on to work for MITS, and Gates dropped out of Harvard to work with him. The pair established Microsoft on April 4, 1975. As CEO, Gates oversaw the business, but was very involved in coding as well. He personally checked every line of code for the first five years of the company. In 1980, IBM approached Microsoft to provide an operating system. Microsoft bought a system from Seattle Computer Products called 86-DOS, adapted it for the PC and sold it to IBM for $50,000, according to the Telegraph. Gates did not transfer the copyright information, so the PC became a huge seller for IBM. Gates, though he didn’t work for IBM, was known as the “man behind the machine.”

By 1978, Microsoft’s year end sales were more than $1 million, according to CNBC. And by 1987 Gates, who was 31-years-old, became the youngest billionaire in the world. HIs first big purchase was a Porsche 911 supercar, bought in 1979. 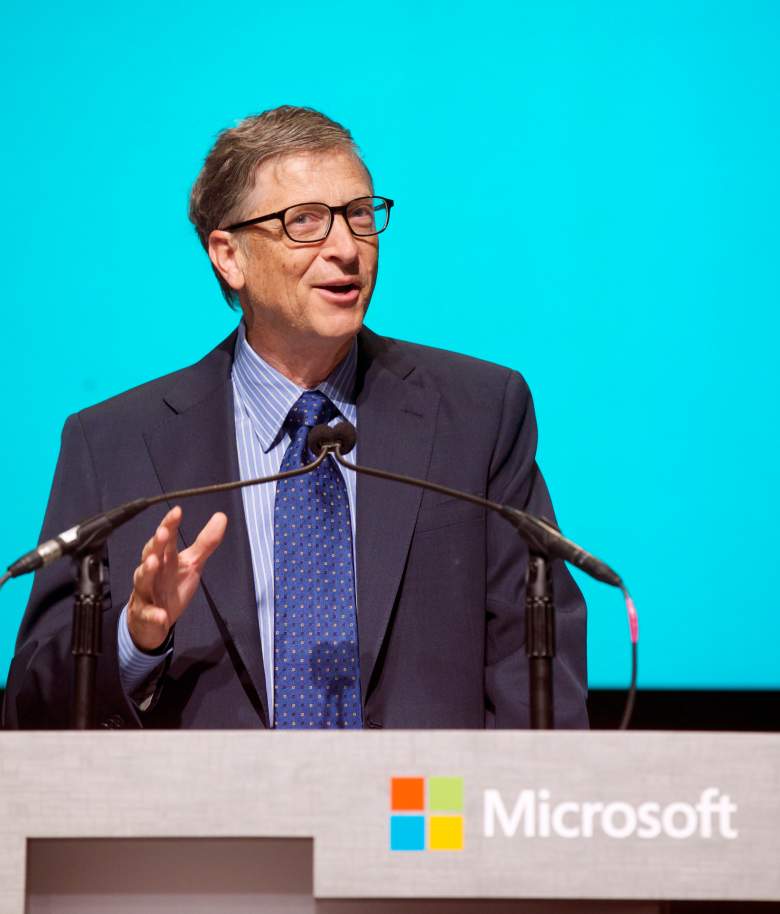 In 1985, Microsoft launched the first version of the Windows operating system, and also developed an operating system for IBM called OS/2. In 1986, the company went public for $21 per share.  Microsoft and its shareholders raised $61 million, according to Fortune. Bill Gates earned $1.6 million for the shares he sold, but there was a $350 million value on the 45% of stake he had in the company.

Around 1995, Microsoft expanded into computer networking and the Internet. Windows 95 had a new interface and start button, and could multitask. Windows continued to innovate with new versions, and eventually entered the game console market with Xbox in 2011. Soon, it entered the smartphone market as well, and also purchased Nokia in 2013. Microsoft quickly became, and remains, the world’s largest PC software company.

In 2014, Gates stepped down as Chairman of Microsoft, and now serves as technology adviser. At this time, he also sold 4.6 million shares for $186 million, and kept 330 million shares.

3. Most of Bill Gates’ Money Comes From Investments, Run by a Man You’ve Probably Never Heard of 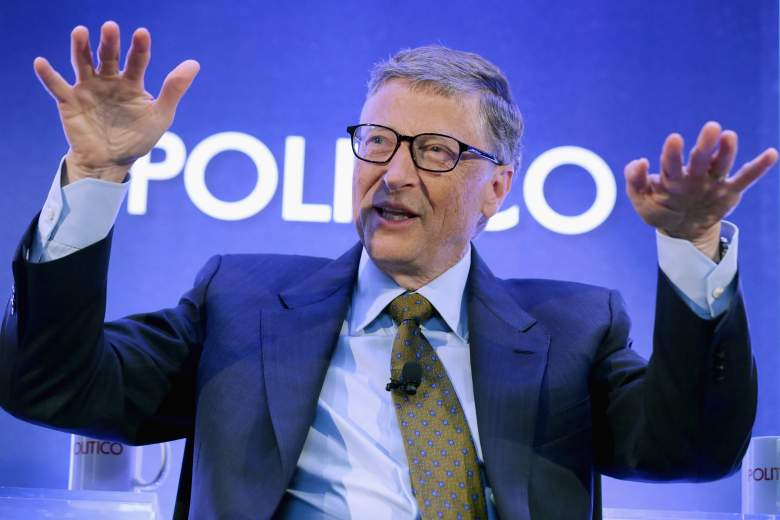 Getty Bill Gates, founder of Microsoft and co-chair of the Bill and Melinda Gates Foundation. / Getty

Bill Gates has a personal investment company called Cascade Investment LLC. It is completely funded by Gates, and run by Michael Larson. Larson is in charge of diversifying Gates’ money, which he’s put into companies including the Canadian National Railway Co., Republic Services Inc., John Deere, TerraPower, Strategic Hotels & Resorts, FEMSA, Ecolab, Bunzi, Carpetright, Diageo, Microsoft, Beyond Meat, and AutoNation Inc.  Larson’s returns have outperformed the S&P 500 by 1% each year, with lower volatility, since 1995, according to Simplify Safe Dividends.

Through Cascade and other LLCs that are often used to keep Cascade’s name out of the transaction, Gates owns stake in the Four Seasons, and bought the Ritz-Carlton hotel in San Francisco.

4. Gates Puts Most of His Money Toward Health & Poverty Issues Through the Largest Private Foundation in the World 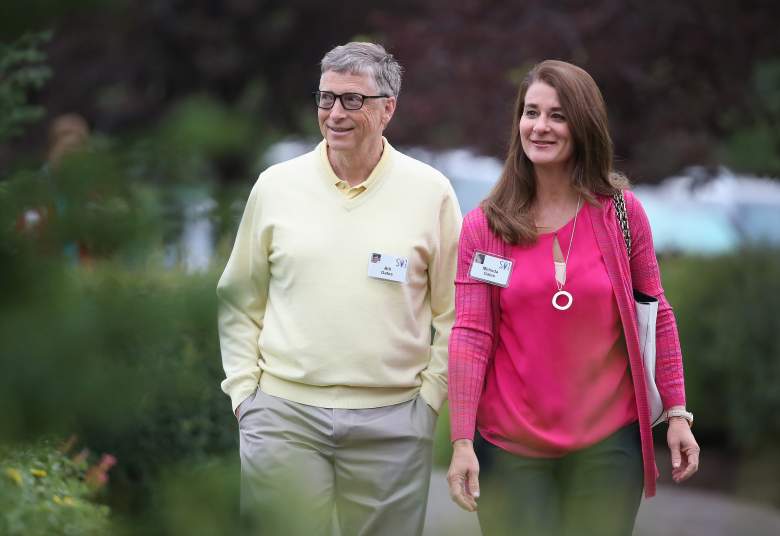 The Bill & Melinda Gates Foundation Trust is the largest private foundation in the United States, with about $38 billion in assets. It holds 17 publicly traded companies, and 12 pay dividends.

The trust works in conjunction with the Bill & Melinda Gates Foundation, which works to reduce inequities around the world. The foundation works to improve health and alleviate poverty worldwide, and on education programs in the United States. The trust holds donated investments from Bill and Melinda Gates, and also from Warren Buffet. The trust serves to manage investments assets and transfer proceeds to the foundation.

Berkshire Hathaway, Inc. is the largest holding in the trust’s portfolio. It holds 69 million shares, worth $12.57 billion, according to Investopedia. Microsoft is the second largest holding, followed by Waste Management, Inc. and the Canadian National Railway Company.

With these resources, the Bill & Melinda Gates Foundation supports work in more than 100 countries and has given away more than $40 billion dollars. It is credited with eradicating polio in India, as well as making significant progress on delivering life saving vaccines around the world. The foundation also works on agricultural development, financial services, and other economic programs to help bring people out of poverty. In the United States, its main focus is on helping students graduate from high school and have an opportunity to earn a postsecondary degree.

5. He Started the Giving Pledge to Help Other Billionaires Donate Their Wealth 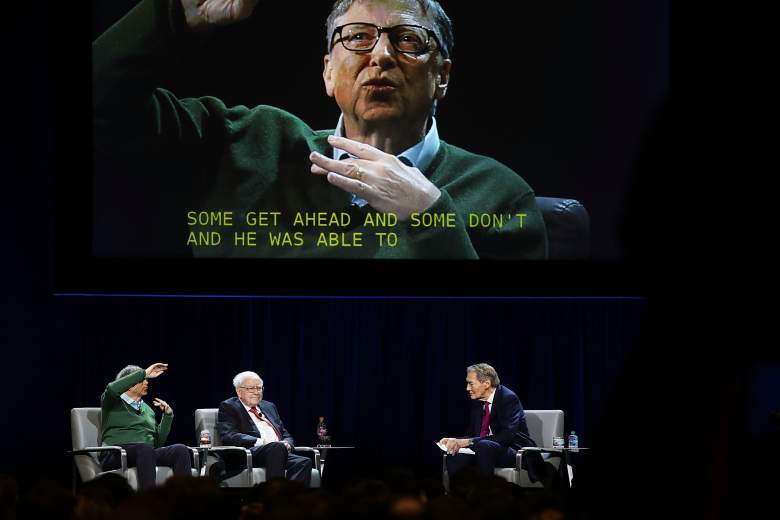 Bill Gates and Warren Buffett speak with journalist Charlie Rose at an event organized by Columbia Business School on January 27, 2017 in New York City. Gates and Buffett spoke on a range of topics including their friendship, business, philanthropy, global health, innovation, and leadership. / Getty

In 2010, Bill Gates, Melinda Gates, and Warren Buffett founded the Giving Pledge. Through it, 40 of America’s wealthiest people committed to give more than half of their wealth away. In 2013, the pledge expanded globally, and signed benefactors  from Germany, India, Malaysia, Russia, South Africa, Ukraine, and the United Kingdom. Today, 175 individuals, couples, and families from Australia, Brazil, Canada, China (mainland and Taiwan), Cyprus, Germany, India, Indonesia, Israel, Malaysia, Monaco, Norway, Russia, Saudi Arabia, Slovenia, South Africa, Tanzania, Turkey, Ukraine, UAE, the United Kingdom, and the United States have committed to donating half of their wealth or more. Signatories are billionaires or those who would be billionaires if they weren’t giving half their wealth away.

One of the main components of the pledge is that members publicly declare their pledge. This is meant to create a more open atmosphere inspiring others into philanthropy. Usually, those who decide to pledge write a letter explaining their intent. Those who pledge can give to any charitable or philanthropic cause they wish.

Gates has given his wealth to the Bill & Melinda Gates Foundation as well as other charities. In 2017 he donated $4.6 billion to an unnamed charity, though the Guardian said it was expected that the money would be directed to the Gates Foundation. It was the biggest charitable donation made in the world in that year.

Also in 2017, he invested $50 million in the Dementia Discovery Fund, a venture capital fund that combines industry and government experts and resources to find a treatment for dementia. He followed the investment up with another $50 million toward Alzheimer’s research, according to CNBC.

Despite his generosity worldwide, there are some who won’t benefit. Gates has said that his kids will each only inherit $10 million. “Leaving kids massive amounts of money is not a favor to them,” he said in a Reddit AMA.