As one of the most iconic families in pop music, Janet Jackson has a net worth of $175 million according to Bankrate The singer has accumulated her fortune thanks to successful album sales and to concert tours, as well as side projects and endorsements.

Janet Jackson Net Worth is $175 million

Janet is the youngest in the Jackson family, but she worked hard to make a name for herself. From an early age, she began appearing in her family’s variety show, The Jacksons. When the show ended, she scored a series of small roles on TV shows, but her real rise to fame began when she signed her first record deal with A&M Records at age 16. It took some time, but by the release of her third album Control, which was not only a sales hit, but was also critically acclaimed, she could say she was pop royalty. Today, artists such as Britney Spears, Beyoncé, and Rihanna, among many others, cite Jackson as one of their main influences and sources of inspiration.

Though Jackson is a fan of luxury and high-end brands, she has made good use of her fame and money-by becoming a philanthropist involved in various causes including AIDS research and hunger eradication.

Here’s what you need to know about Janet Jackson’ net worth and how she makes her money:

1. She Was One of the Highest Paid & Most Influential Artists of the 90s

Though her contract with A&M Records established her name in the music industry, it was her multi-million contracts with Virgin Records which turned her into a high-paid artist. In 1991, she signed with Virgin Records for $32 million. Five years later, she renewed her contract for an estimated $80 million, surpassing Michael Jackson’s and Madonna’s $60 million contract. By the end of the 1990s, she had been named one the most successful recording artists of the decade, second only to Mariah Carey.

Throughout her career, Jackson has released 11 albums, all of which have sold over 160 million copies worldwide. Her work is frequently competing in the most popular music lists in the US. For example, her albums have topped the Billboard 200 on seven occasions. Her singles are often ranked in the top ten of American and international lists (reaching the number 1 spot regularly), such as the Billboard Hot 100, Hot R&B/Hip-Hop Songs, and Europe’s Hot 100 Singles.

Jackson’s talent has been recognized on numerous occasions, which is evidenced by the multiple times she has been nominated for awards. She has won five Grammys, including Best R&B Song for “That’s the Way Love Goes,” and Best Music Video for “Scream,” a single she released with her brother Michael. She has won several American Music Awards as well as many Billboard Music Awards and Guinness World Records, among many others. She was also nominated for an Academy Award and a Golden Globe for her song “Again.”

A large portion of Jackson’s fortune has been made from her massively popular tours from which she has earned an estimated $458 million. Some of her most successful tours have been the Rhythm Nation World Tour, the Number Ones, Up Close and Personal tour, and the State of the World Tour.

2. Her Record Label Made History

Aside from singing, Jackson acts and has started businesses. She began acting professionally before she became a pop sensation, having appeared in TV shows such as Good Times, A New Kind of Family and Diff’rent Strokes. But as an adult, she has taken on bigger challenges. She starred in the film Poetic Justice, which received mixed reviews but opened at number 1 during its first weekend. The film grossed $27,515,786 domestically for a budget of less than $15 million and thus became a box office success. Jackson has had roles in other films such as Why did I Get Married? (its first and second installments), For Colored Girls and Nutty Professor II: The Klumps.

She has also partnered with BMG, a music management company, to launch her own record label. With this, Janet became the first African-American artist to own a label. Named Rhythm Nation Records, the company aims to work with new and established artists. Jackson announced that her label would not follow the traditional path of a record deal but instead have an artist services deal. Under this type of agreement, “the artist retains ownership of their recordings and full oversight of all costs and revenues.” She released Unbreakable, her latest album, through this label. The album debuted at number one on the Billboard 200.

Jackson is a self-help author as well. In 2011, she published True You: A Journey to Finding and Loving Yourself. Co-written by biographer David Ritz, the book became a New York Times bestseller, though it received mixed reviews. In this book, Jackson touches on various topics, such as self-esteem, body image issues, and relationships.

3. She’s Worked With Big Brands Like Pepsi and Was the Face of Blackglama 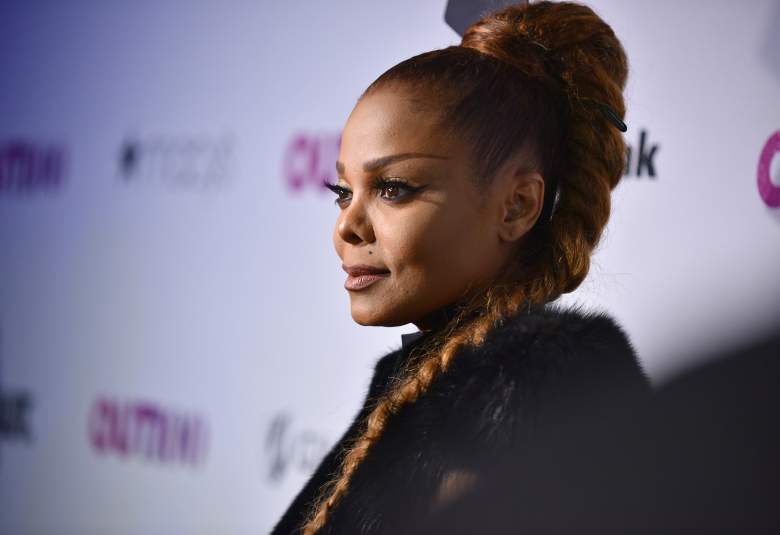 Music Icon Award honoree Janet Jackson attends OUT Magazine #OUT100 Event presented by Lexus at the the Altman Building on November 9, 2017 in New York City. (Getty Images for OUT Magazine)

Her success has generated revenue not only for herself, but also for brands. One of the most lucrative partnerships for the singer was becoming the face for Blackglama. She participated in one of the company’s most successful campaigns, “What Becomes a Legend Most.” The international campaign includes online and print ads in magazines such as Vanity Fair, Vogue, and W, among others, as well a billboard in Times Square. She also took part in designing a line of outerwear and winter accessories, including coats, jackets, scarves, and gloves,  to be sold at Saks Fifth Avenue and Bloomingdale’s. Mike McCrea, vice-president of marketing for the company, praised the singer’s input, saying “Janet became very involved in the design process. The result was an amazing collection of Blackglama garments and accessories that reflect Janet’s tremendous sense of style and fashion.” Jackson has been criticized by animal rights activists because Blackglama is a company known for selling fur products.

She has also endorsed Nutrisystem, a weight loss program. The singer has admitted that she has struggled with her weight her entire life, so promoting a positive body image and high self-esteem are matters of great importance to her. Jackson appeared in two ads promoting the company’s products and claimed that she lost 50 pounds through the program.

In 1999, she teamed up with Pepsi for their Ask for More campaign, writing and performing a promotional jingle by the same name. She also released a Spanish version of the song with Ricky Martin for the Latin American market.

4. She’s Sold a Handful of Homes and Has a Thing for High-End Cars

Over the years, Jackson has shed some real estate assets. She used to own an oceanfront property on the Pacific Coast Highway in Malibu, but she sold it for $8,500,000. Reportedly, the property overviews the beach, and contains five bedrooms, a media room and a gym. After she divorced Rene Elizondo Jr., she sold her Bel-Air home for $9.5 million. In 2014, she put up for lease her 34th floor condo in Trump International Hotel for $35,000 per month. The condo features three bedrooms, three and a half bathrooms, floor-to-ceiling windows that overview Central Park, along with other building amenities such as a gym, 24 hour room service, a pool, and a spa. She currently owns a home in Nevada, a 4,646 square foot property which she purchased for $520,000.

Jackson owns an impressive collection of luxury cars, including a Lamborghini Gallardo Spyder, valued somewhere between $181,900 and $256,300; a custom white Lamborghini Murcielago, with an estimated price of $354,000; an Aston Martin Vanquish, valued in $234,260. This vehicle has made appearances in films such as James Bond: Die Another Day and Twilight. She also owns a Bentley Continental GTC convertible, which has been listed for auction on ebay for $130,000.

Jackson has also been seen sporting items from high-end brands, such as a pair of Christian Louboutin sandals, which cost $1,200, Ralph Lauren’s Crocodile Ricky Bag, sunglasses by Tom Ford, and Versace boots.

5. She Gives Back In Time and Money

Jackson is committed to a number of causes close to her heart.  In 2010, the singer partnered with Mattel to release a Janet Jackson limited edition Barbie doll, which was auctioned for $15,000. All proceeds went to Project Angel Food, an organization that delivers medically tailored meals to people who are struggling with illnesses and cannot cook for themselves. She worked with Nutrisystem to create Nutribanks and donate $10 million in meals to the hungry. Nutrisystem pledged to donate food and financial support to relief agencies in America and abroad in order to fight world hunger. In 2013, she appeared in a public service announcement to support UNICEF’s efforts to provide humanitarian assistance to the 1.4 million children of the Sahel region of West and Central Africa who are at risk of severe malnutrition, a potentially deadly condition. The singer also contributes to Feeding America.

She has actively engaged with AIDS research, which is why she has been considered a champion in the fight against the disease. The singer is an ambassador for amfAR, the foundation for AIDS research. She has worked closely with the organization to raise awareness and educate about the disease, its treatment, and HIV prevention. In fact, in 1997, she donated all proceeds from her single “Together Again” to amfAR. She also lent her voice for a PSA, this time to encourage people to get tested.

Other organizations that Jackson supports include hurricane relief efforts, the Red Cross, the Lisa Lopes Foundation, Aid Still Required, and the Trevor Project. In her State of the World Tour, she used her stage to denounce racism, white supremacy, xenophobia, and police brutality.

Read More
5 Fast Facts, Entertainment, Janet Jackson, Music, Net Worth
Janet Jackson is one of the highest paid female singers, and was one of the most influential artists of the 1990s. Here is everything you need to know.