Jeff Bezos’ net worth is $131.6 billion, according to Forbes, making the Amazon founder the richest person in the world. In March 2018, he topped the Forbes list of the world’s billionaires. His net worth increased almost $40 billion over 2017, the biggest increase in a century, and he made on average more than $107 million per day.

According to Forbes, his worth just keeps growing. Bezos was $15.8 billion richer by March 2018 than he was in February 2018, thanks to Amazon stock.

Aside from running Amazon, Bezos is invested in space technology, owns the Washington Post, and is a philanthropist. His long-term, data focused approach has helped turn the Post around, and has been beneficial for his other investments as well. Bezos went to Princeton and his career started as an investment banker, but took a turn when he followed his passion for online retail. He moved his family to Seattle, started Amazon in a garage, and soon his life, and the world of online shopping, would never be the same.

1. The Vast Majority of His Worth Comes From Amazon, Which He Created In a Garage On a Hunch That Books Would Sell Well Online 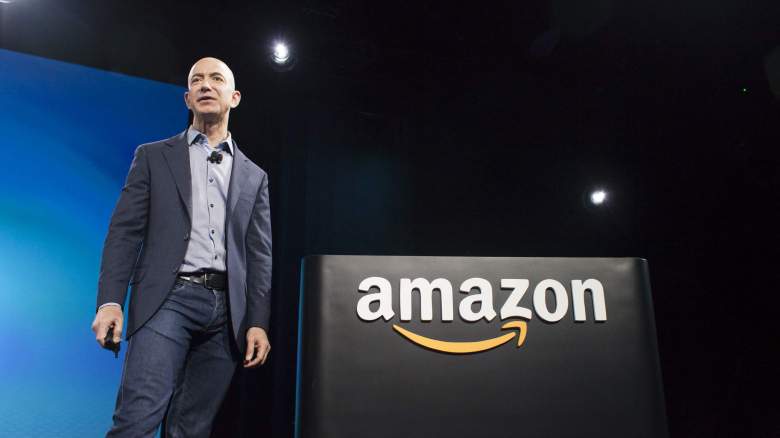 In 1994, Bezos was the youngest senior vice president investment banker firm D.E. Shaw & Co had ever had. He was only 30-years-old but good at his job and making six figures. He could have made his way up the ranks of Wall Street, but instead he saw the future of online retailing, his secret passion, according to Entrepreneur.

He created Amazon in 1995 with $1 million raised from friends and family. He started it as a place to sell books, something he saw as an obvious market. The company opened with the tagline “The Earth’s Biggest Bookstore,” and within only four years the company had more than $610 million in sales, 13 million customers around the world, and was an example of how e-commerce should work.

He and his team of five, working from a garage, created the product review feature and made searching for products easier–things that are now standard in online shopping. Barnes & Noble quickly followed suit with a website of its own.

In 1998, Bezos added a gifts section to Amazon ahead of the Christmas holiday, and from there, the site turned into commerce of all kinds. Of Amazon, Bezos has said: “Our vision is to be the world’s most consumer-centric company, where customers can come to find anything they want to buy online.”

For the first few years, Amazon didn’t make a profit. Any revenue the company made Bezos put into marketing to make a name for the company. He lost $30 million in Amazon’s first year, and $1.25 million in the second. But Bezos was confident investing in promotion and name recognition would work out. He was right. In 2016, Amazon had a net income of $857 million and $136 billion in sales. In March Bezos owns 16% of Amazon, meaning his net worth can shoot up significantly on a good day for Amazon stock. In April, for example, first quarter earnings beat expectations by $1.26 billion, with $51.04 billion in revenue. Net income was $1.6 billion, which according to Forbes was more than double the previous year’s first quarter results. Also in the first quarter, Amazon raised the Prime service fee by 20% after passing 100 million members worldwide. Bezos owns about 80 million shares of Amazon stock, which is about 90% of his wealth, according to CNBC.

2. He’s Spending $1 Billion of His Income Per Year to Take Humans to Space

Amazon isn’t the only company where Bezos is trying to innovate. He started the company Blue Origin in the year 2000 to develop a reusable rocket to carry passengers to space. The company is funded through $1 billion of Bezos’s Amazon liquidated stock earnings each year.

At an event during the Axel Springer awards in Berlin, Germany, Bezos said: “The only way I can see to deploy this much financial resource is by converting my Amazon winnings into space travel. Blue Origin is expensive enough to be able to use that fortune.”

The rocket is expected to launch at the end of 2018 or in early 2019. The goal of the company is to enable reliable, affordable travel for private human access to space. Bezos is extremely passionate about the company, even though it doesn’t make any money yet.

“I’m very lucky because I feel like I have a mission-driven purpose with Blue Origin,” he said.

The goal, for Bezos, is to put people into orbit and help preserve the earth. He has also spent some of his money to help recover a few Apollo booster-rocket engines from 14,000 feet down in the Atlantic Ocean, according to the Seattle Times.

3. He’s Revamping the News Industry and Investing In Other Companies Along the Way

In 2013, Bezos purchased the Washington Post for $250 million, though it was in decline at the time. The purchase was a personal one by Bezos, not an Amazon purchase. Since buying the paper, its readership has increased thanks largely to a new website, apps, and more digital content. Bezos also instituted “Arc,” a software that gives analytics on readership and marketing, so the paper can track how types of headlines and other features affect readership.

The Washington Post’s engineering team has tripled in size since Bezos’s purchase, according to Business Insider, and apparently it’s easier for the paper to recruit tech staff now that it’s tied to Bezos’s name. Connecting the paper to Amazon, it offers discounts to Amazon Prime members, and comes pre-installed on Amazon Fire tablets.

According to CNBC, Bezos is against the idea that news organizations should be run by wealthy patrons who are ok with losing money.

“This is not a philanthropic endeavor. For me, I really believe, a healthy newspaper that has an independent newsroom should be self-sustaining. And I think it’s achievable. And we’ve achieved it,” he said.

By 2015, the Washington Post had more unique web visitors in the US than the New York Times, at over 70 million. It also became profitable in 2016. These years also happened to cover the rise of Donald Trump and the 2016 presidential election. The Post launched its slogan “Democracy Dies in Darkness,” something it worked on fore more than a year.

One of his more eclectic investments is into The Long Now foundation. Bezos invested $42 million into the company’s project to build a 10,000 year clock.

4. His New Home In DC Is the Biggest In the District 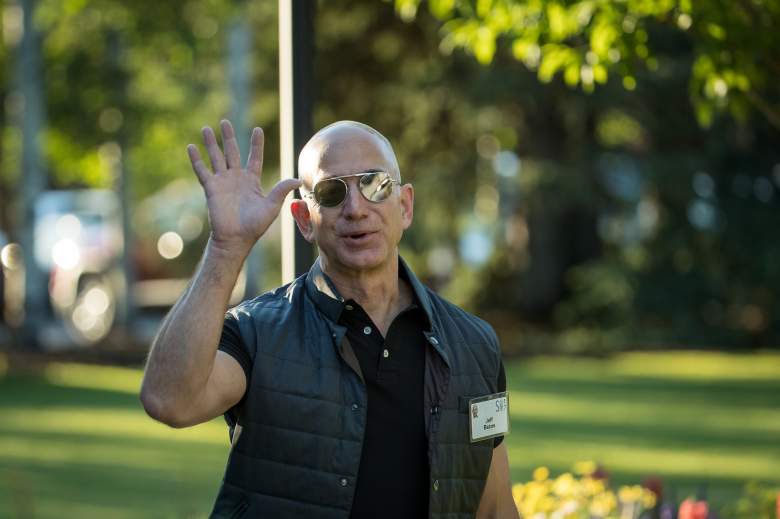 Jeff Bezos lives in Medina, Washington, where he owns a $25 million home and lives with his wife Mackenzie and his four children. He lives near one of the other richest men in the world, Bill Gates.

He also owns a home in Beverly Hills, California, again worth $25 million. He has three connected apartments in The Century Building on Central Park West in New York City, worth $17 million.

Most recently, her purchased a $23 million home in the Kalorama area of Washington, DC, the same neighborhood the Obamas moved to post-presidency. The 27,000 square feet property, which is actually two homes, will be turned into one and will be the largest in DC.

Aside from homes, Bezos owns a 2015 Gulfstream G-650ER. The private jet cost $65 million, according to the Robb Report. It is the longest range business jet a person could buy.

5. He’s Given Tens of Millions to Causes, and Has Shown a Desire to Be Even More Philanthropic In Coming Years

Bezos has given millions of dollars to philanthropic causes, though in comparison to other billionaires like Warren Buffett or Bill Gates, he’s donated a much smaller percentage of his wealth.

These are massive charitable donations, but in comparison to Bill Gates, who has created the largest foundation in the country and started the Giving Pledge, which encourages billionaires to give the majority of their wealth to philanthropic causes, Bezos falls short. (He is not currently a member of the Giving Pledge).

He does have a foundation, the Bezos Family Foundation, which his parents run. So far they have donated more than $68 million of Amazon stock to the foundation, according to Bloomberg.

Bezos could be turning his wealth toward more philanthropic endeavors soon. In June 2017 he Tweeted that he was looking for a philanthropy strategy worked in the short term to “be helping people in the here and now.” He received hundreds of responses.