Steve Jobs is a legendary figure. The co-founder of Apple, he is responsible for commercializing the personal computer and altering the way phones, music, and movies were used and experienced. Without dramatization, many credit Steve Jobs with changing the modern human experience. As you might guess, all these incredible achievements also left Jobs with a pretty incredible bank account.

At the time of his death in 2011, Steve Jobs’ net worth was estimated at $10.2 billion. As the head of Apple, Jobs oversaw the iPod, the iPhone and the iPad. He also purchased a small computer graphics firm that he built into Pixar Animation Studios, the legendary filmmaking group. Finally, he founded the computer company NeXT that he eventually merged with Apple when he reassumed control of the company after a hiatus.

Jobs was a unique, revered, and polarizing figure. Unlike some of his contemporaries and tech scions (e.g. Bill Gates), Jobs was not a major philanthropist. He felt non-profit organizations were hard to measure and therefore difficult to improve. Many of his views, particularly on religion, were considered outside of mainstream. He was influenced by Zen Buddhism while eschewing a lot of modern medicine. Jobs notably and controversially did not undergo traditional treatment for his pancreatic cancer when it returned and ultimately caused his death.

He was also unconventional in business. At Apple, he took a salary of only $1 per year, but made up for it in stocks.

Here’s what you need to know about Steve Jobs’ net worth and how he made his money:

Steve Job’s was, like many other visionary leaders in the tech field, a college dropout. In fact, he was regularly bored in class. He said he made his first income when his 4th grade teacher bribed him to focus in class. In his late teens and early 20s, Jobs and his good friend Steve Wozniak engaged in several tech-based, odd jobs to make money. Often Wozniak would work on the technical design and Jobs would monetize the invention or opportunity. Their first real financial windfall came from the creation of the Apple Computer company. Wozniak had created a prototype computer that Jobs helped design. Their first model was a prototype, but their second iteration, the Apple II, was considered one of the first highly successful microcomputer products. 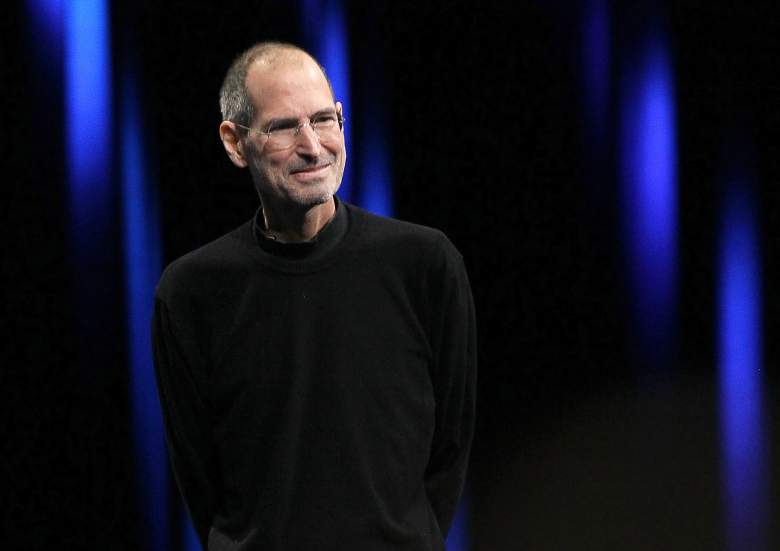 Apple’s early days made Jobs relatively rich. By 1978, at the age of 23, he was worth over $1 million. His wealth mirrored the meteoric rise of Apple and personal computers in general. In one year, he was worth ten times that ($10 million) and a year after that, at just 25, Jobs had more than $250 million in assets.

His fortune, almost entirely derived from the Apple II’s success, made him one of the youngest people to ever appear on the Forbes list of the richest people in the United States. What’s more, Jobs made the list without inheriting any inter-generational wealth, something only a tiny fraction of those under 30 to make the list could claim.

Many people falsely think that Jobs and Wozniak invented the personal computer. Actually, they were behind two other pioneers in their creation and sales. This did not stop them from pulling in over $2 million in profits by 1978 selling the Apple II, which was unique in allowing other tech tinkerers to design and run their own programs. Jobs has credited this experience with the app-based operating models that he employed in his next company, and, most famously, on the iPhone. Whereas Jobs is often seen as a tech-inclined genius, Wozniak was really the inventor. Still, Jobs amassed more than 450 patents in his lifetime.

Apple’s success was not always ensured, and Jobs was ousted from the company during a difficult period. However, he was later brought back, bringing with him experience and his incredible vision. The company was in dire need of cash, leading Jobs to turn to an old friend for funds. That friend turned out to be Bill Gates, who provided the company a $150 million loan. Apple’s next inventions – the iMac, iPhone, iPad, and iTunes – altered forever how we use technology.

Famously, Jobs’ salary at Apple remained $1 dollar for his entire tenure in charge. At the time of his death in 2011, his stake in Apple was worth approximately $2.1 billion, in the form of 5.5 million shares. The company had a market capitalization of around $355 billion, surpassing Exxon Mobil as the the largest in the United States. For context, when Job’s retook control of Apple in 1997, the computer maker’s estimated worth was just $3 billion and the company today is worth an astonishing $915 billion.

2. Most of His Wealth Actually Came From Disney, Not Apple

What many do not know about Steve Jobs is that, at the time of his passing, most of his wealth was not actually from Apple, but from Disney. Jobs always had an interest in emerging technology and how it could be applied. After leaving Apple in 1985, Jobs formed The Graphics Group from LucasFilm’s computer graphics division, which he paid $5 million for. 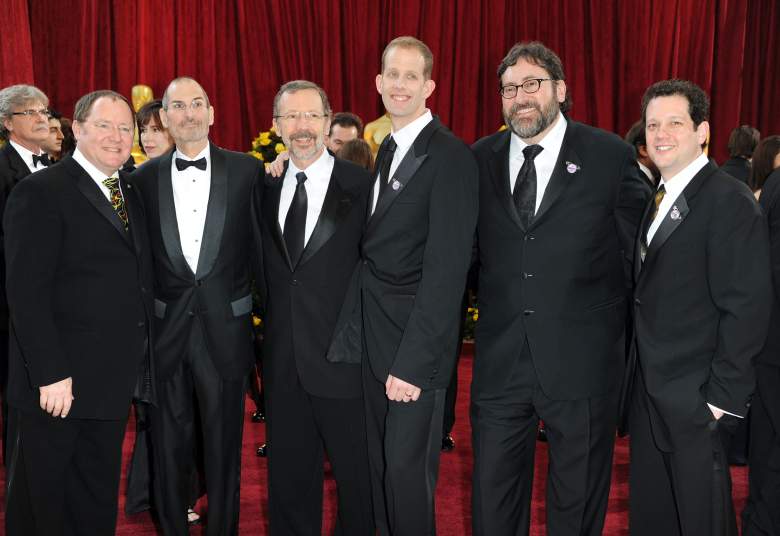 He continued to serve as the CEO until Pixar was acquired by Disney in 2006. The purchase was an all-stock transaction worth $7.4 billion and made Jobs The Walt Disney Company’s single largest shareholder, owning approximately 7% of the company valued at $4.3 billion. He also joined Disney’s Board of Directors. Since his passing, his shares in Disney were transferred to the Steven P. Jobs Trust, worth around $19 billion. Notably, Disney was also known for paying investors an annual dividend of about 35 cents per share. For Jobs, who held about 138 million shares, that amounted to another $48 million of income a year.

Concurrently with taking over Pixar, Job’s continued his foray into computers and innovation. He started NeXT, a company focused on making industry leading computers. NeXT computers sold for around $10,000 each and were considered very powerful, if not practical for home use. In fact, the World Wide Web was first created at the CERN in 1999 using a NeXT machine. NeXT turned out to be Jobs’ avenue back to Apple. The company had, among other innovations, developed a uniquely powerful operations system called UNIX. Apple had been looking to replace its current platform and ended up purchasing NeXT in 1996. As part of the purchase, Jobs was brought back to run the company.

3. He Took Stock Instead of a Salary, a Lucrative Move

Steve Jobs was a wealthy man, however, he rarely made a salary. In fact, his first job as a technician paid him more in a month than he made in wages during his entire second tenure at Apple, when he made $1 a year. 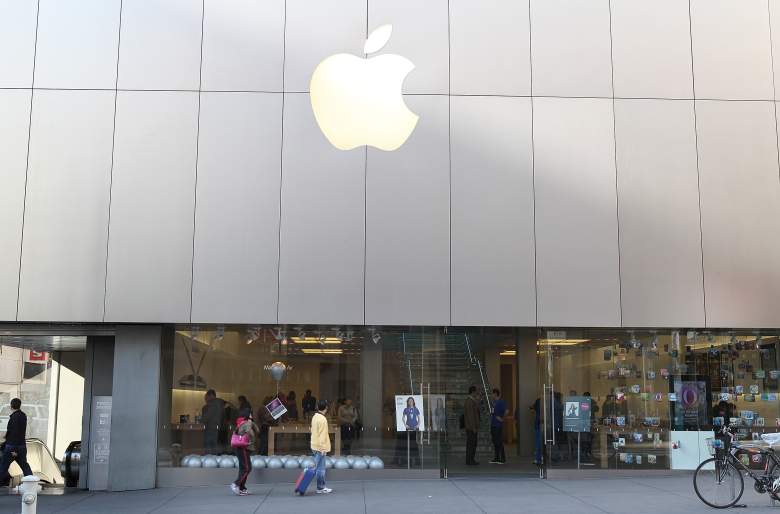 Getty Pedestrians walk by an Apple retail store on January 18, 2011 in San Francisco, California. Apple will release first quarter earnings one day after CEO Steve Jobs announced that he will be taking an medical leave of absence. Apple stock fell less than 3 percent after the announcement was made of his leave. / Getty

Jobs was instead paid in stock. In fact, he took stock more often than salary in most of his major financial dealings. At both Apple and Disney he eschewed the liquidity of cash for the long-term benefit of stock and options, betting that both companies would grow and appreciate in value. His gamble was right – Apple’s stock rose from $3.19 in 1997, when Jobs returned as CEO, to $365 when he retired in 2011.

4. He Wasn’t Flashy With His Billions

Jobs was never ostentatious in his wealth and did not, at least explicitly, pursue it as a means to an end. In fact, in an interview with Playboy in 1985, he was quoted largely dismissing his wealth, saying, “You know, my main reaction to this money thing is that it’s humorous, all the attention to it, because it’s hardly the most insightful or valuable thing that’s happened to me.” 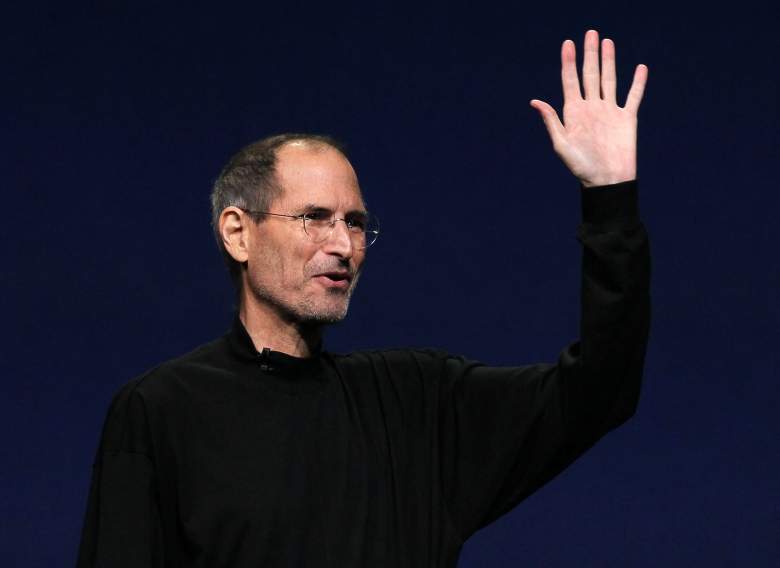 GettyApple CEO Steve Jobs waves to the crowd after speaking during an Apple Special event to unveil the new iPad 2 at the Yerba Buena Center for the Arts on March 2, 2011 in San Francisco, California. Apple unveiled the iPad 2 as the successor to its popular tablet, the iPad. / Getty

Jobs was notoriously rigid with his wardrobe. He always wore the same Levis, New Balance shoes, and black turtleneck. However, he did enjoy some of the trappings of his significant wealth.

In addition to a 257 foot yacht (worth around $120 million) and a Gulfstream IV (worth around $40 million), Jobs owned a mansion in a quiet section of Palo Alto, California. He purchased it after marrying his wife in the mid-1990s. He also owned a two-story penthouse apartment in The San Remo in Manhattan, and spent years renovating it with the help of renowned designer I.M. Pei. Yet, he never lived in the building and he sold it in 2003 to Bono.

In 1984, he purchased a massive 15,000 square foot mansion in Woodside, California near Silicon Valley, known as the Jackling House. Despite a protracted dispute with preservation groups in the area, Jobs let the house degrade after choosing to stop maintaining it in 2000. After fighting local preservation groups for years for the right to rip the historic structure down, he finally began the process of demolishing the house shortly before his death in 2011. His widow, Laurene Powell is continuing construction on a new home in the space.

Part of Jobs’ quirkiness was shown through his car. In California, it is legal to drive in a new vehicle without a license plate for six months. Therefore, Jobs would simply change out his silver Mercedes every six months with another car of the same make and model and continue without a plate.

Jobs was notably, and conspicuously to some, not a philanthropist. In fact, early in Apple’s existence he cut the company’s foundation branch to save both time and money. He stated at the time the company would reinstate the programs when it was more profitable. However, at the time of his death, with Apple holding tens of billions of dollars in cash, no charitable or social impact programs were in place.

5. He Could Have Been Worth More Than Bill Gates and Jeff Bezos Combined

One of the most interesting things about Jobs’ immense wealth is that he could have been much, much wealthier. As in, 10 to 15 times as wealthy. Following Apple’s initial round of funding in 1977, Jobs owned 26 percent of its stock. That would be worth a staggering $237 billion today, more than Jeff Bezos and Bill Gates combined. 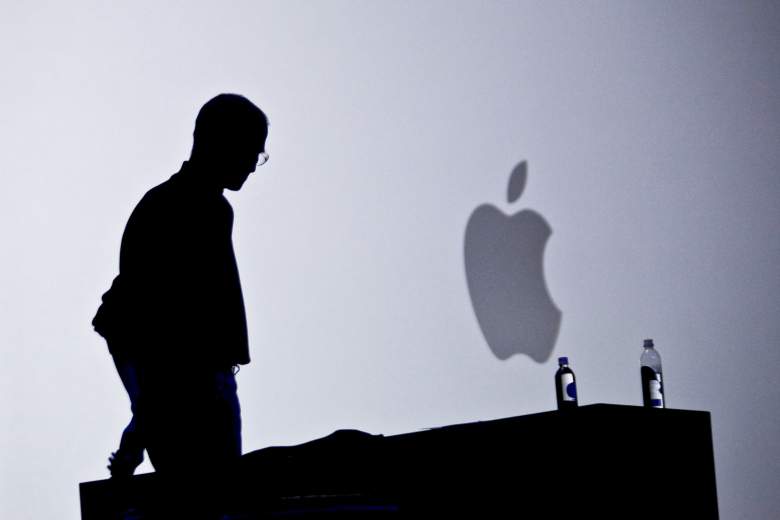 Apple chief executive Steve Jobs introduces the iPhone 4 during the keynote address at the Apple Worldwide Developers Conference in San Francisco on June 7, 2010. Jobs showed off the next-generation iPhone that features the ability to shoot and edit high-definition quality video and a crisp higher-resolution screen. / Getty

However, Jobs often sold off his stock, usually in protest. In 1985, when he was bumped from the company, Jobs dumped most of his 11 percent stake in the company for roughly $130 million, though he did keep a single share in order to receive the company’s annual report. On his return to Apple from NeXT in 1997, he was given 1.5 million Apple shares. Yet, Jobs again sold off his stock in the coming year after losing faith in the Apple board.

Though he could have been the richest man in the world by far, with $10.2 billion, he didn’t do too badly for himself as it was.