Marshall Bruce Mathers III, a.k.a. Eminem, reigns in the rap industry. He’s one of the world’s most popular rappers, has been nominated for 43 Grammy Awards and has won 15, and has even won an Oscar.  Eminem’s net worth is $190 million, according to Celebrity Net Worth, which comes from a mix of revenue sources including album sales, concerts, acting, producing, endorsements, business deals, and merchandise sales.

Eminem Net Worth is $190 million

Eminem donates to food banks regularly and is a contributor to the Eight Mile Boulevard Association,  which works to revitalize the public transportation system in the Detroit area. He also donates regularly to Excellence for Detroit, an organization that helps underprivileged students succeed in college.

Eminem, unlike many other celebs, does not flaunt his wealth. In one instance, he asked his manager whether he could afford to buy a Rolex watch. He could have afforded the entire collection at the showroom.

1. Touring Makes Up the Bulk of His Wealth, and Rihanna Helped 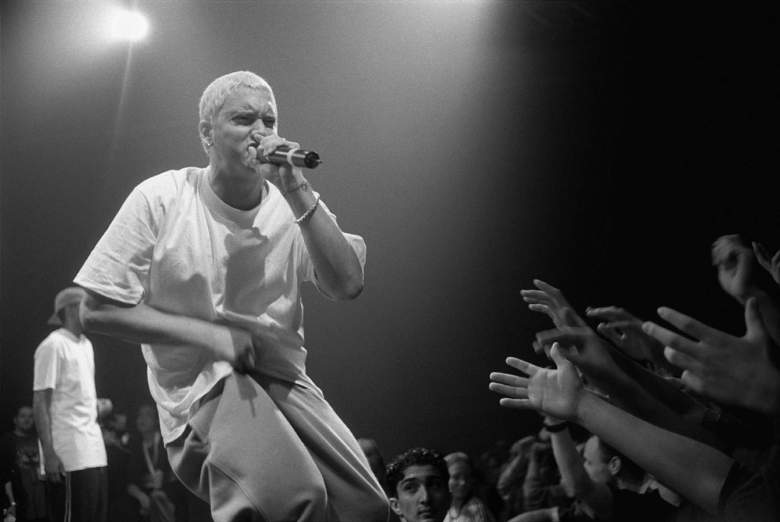 According to this report, Eminem has earned a combined $85 million in the last five years even though he had fewer performances than in other years, didn’t release any albums, and had no other business ventures. This wealth comes from per-show fees.

Eminem raked in $15 million in 2012 from a few performances and catalog sales, and in 2013 he pulled in $10 million. In 2014, Eminem earned $18 million. However, 2015 turned out to be a major year for him as he earned a whopping $31 million in that year, thanks to the $5 million per show fees he and fellow superstar Rihanna charged when they toured together on the Monster Tour. Eminem’s shows at the MetLife stadium alone brought in $12.4 million, which is more than Jay Z and Beyoncé earned at the same venue.

Eminem made $11 million in 2016, mainly for the continuing sales of his classic hits and small tours. He did only three shows that year, but all of them were big successes bringing massive crowds at Lollapalooza in South America.

He has released a total of eight studio albums, selling more than total 155 million units worldwide. He has more than 42 million downloads of his singles. Eminem redefined rap music in the late ’90s and 2000s. His ability to earn wealth every year, despite no new music and very few shows is a testament to his popularity.

2. His Albums, and Those of Others Through His Label, Make Millions

While Eminem’s first 1996 album did not even reach 1,000 sales, his first Interscope Records release, The Slim Shady LP, sold over 5 million units in the United States. The Marshall Mathers LP had  lyrics that created  controversy, but that ultimately helped it end up selling over 10.7 million copies in the United States alone.

‘The Eminem Show’ shipped almost 20 million units worldwide. It was the first album to sell more than a million copies in its second week of sales. The album sales were helped by the success of Eminem’s movie  ‘8 Mile’,  a movie about the artist’s rise from poverty in Detroit. It banked $51 million during its opening weekend and has earned over $242 million in global sales. The movie was made on a tight budget of only $41 million. Eminem got his Academy Award from this movie, for Best Original Song “Lose Yourself.”

Both ‘The Marshall Mathers LP’ and ‘The Eminem Show’ were certified Diamond in the United States, meaning they shipped more than 10 million copies.

A key to Eminem’s financial success came in the form of a partnership with 50 Cent. Eminem and his manager Paul Rosenberg founded Shady Records in 1999, and signed Curtis “50 Cent” Jackson in 2001. He became the label’s first solo artist.  50 Cent’s very first two major releases, “Get Rich or Die Tryin” and “The Massacre”, sold over 5 million units in the United States alone.

3. Eminem Was Not Destined to be Wealthy

Eminem grew up in Detroit and had a troubled childhood, beginning when his father left him and his mother Deborah Mathers for another family. Eminem dropped out of school after failing ninth grade three times.  In school he was “beat up in the bathroom, beat up in the hallways, shoved into lockers.”

He struggled very hard to get his music out into the world, developing a niche that had an underground following in Detroit. Eminem started gaining a lot of attention after creating an alter ego for himself called Slim Shady, which he kept up throughout his entire celebrity life. When he first became famous, Mathers used the stage name M&M, a playful reference to his initials, but later began using Eminem, a phonetic version.

After he was  evicted from his home in 1997,  Eminem went to Los Angeles to participate in the Rap Olympics. He won second place and caught the attention of Dr. Dre, who signed him to his label Aftermath Entertainment. And so began the journey from homelessness to one of the world’s wealthiest rap stars. All of this–from working odd jobs to rap battles, was portrayed by the Eminem himself in the autobiographical film 8 Mile.

4. Though His Fortunes Turned, His Life Has Still Been Filled With Trouble 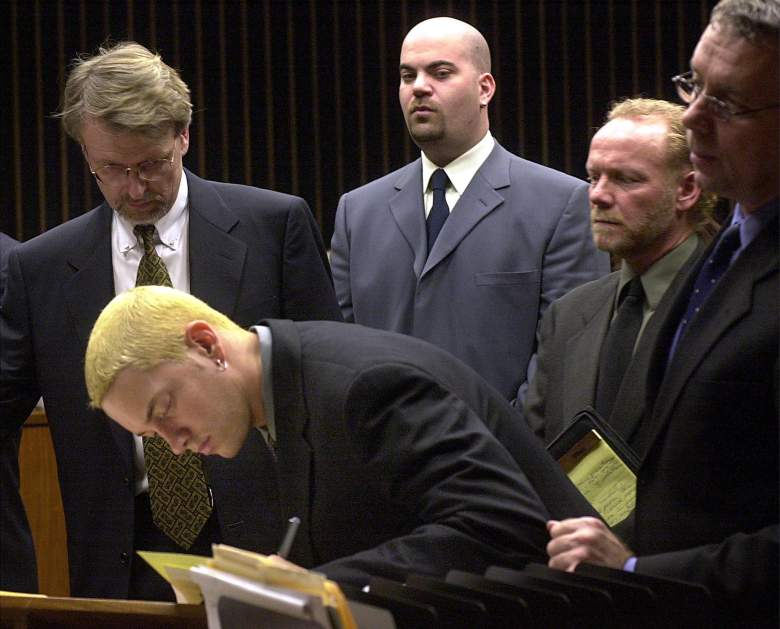 In the documentary How to Make Money Selling Drugs, Eminem opened up about his addiction and how he was completely at its mercy in the past. At one point, he almost died from a drug overdoes.

Eminem had a sleeping pill addiction in 2005. He documented this in his 2010 record Recovery, where he admitted that he used to take up to up to 30 Vicodin and 60 Valium pills every day. “Valium, Ambien, the numbers got so high I don’t even know what I’m taking,” he said after rehab.

He has been married twice to the same woman. He and Kimberley Anne Scott started dating in 1989 and had a daughter named Hailie in 1995. The two were married on June 14, 1999, but divorce in 2001. They married again in January 2006, but divorced in April of that same year. In 2010, Eminem adopted Scott’s two nieces–her twin sister’s daughters.

Eminem had a rocky relationship with his mother too. He used aggressive lyrics against his mother in his early albums, leading her to sue him for around $10 million for slander.

In 2001, he was sentenced in Michigan for carrying a concealed weapon.

While many rappers spend millions on luxurious lifestyles, Eminem is reserved in his spending. US News even wrote an article about how others should look to him for money lessons.

In an Independent profile, there was a story about Eminem calling his manager to see if he could afford a Rolex. The article says:

“He really liked a watch, but was worried that he’d not be able to afford it, so called his manager, Paul Rosenberg, to check he had enough cash. The watch turned out to be $15,000. At the time, Em was one of the hottest artists on the planet. He was worth millions. So Paul told him not to be silly, and just buy the watch.

“But Em was like, ‘I don’t want to run out of money, I want my daughter to be able to go to college.’ That’s really tells the kind of guy he is. I think fame surprised him. I don’t think he really had realised who he was what kind of money he had, and what he’d achieved, until suddenly he woke up one day as the biggest star in the world. Whoever you are, that’s going to make you a bit nuts.”

He told 60 Minutes host Anderson Cooper that he didn’t like spending money and relayed his version of the watch story.  “The whole money thing, it was brand new to me,” he said in the interview. Of the watch he said “I don’t wear it because I don’t want to get a scratch on it.”

As far as houses, he put his $2 million mansion in Detroit up for sale in 2017. He owned the house for 14 years, originally paying $4.75 million. The house is 17,000 feet, with six bedrooms, nine bathrooms, a tennis court, and a private lake.