Johnny Depp, one of the highest paid actors in Hollywood, has a net worth of $200 million according to The Richest. On average, the A-lister charges $20 million per film, he even won a spot in the Guiness Book of World Records in 2012 for the world’s highest-paid actor (he made $75 million between 2009 and 2010).

Johnny Depp Net Worth is $200 million

A native of Kentucky, Depp traveled to California in pursuit of a music career after dropping out of high school. Years later, he found himself on a different path thanks to his first wife, Lori Anne Allison, who introduced him to Nicholas Cage, who in turn advised him to pursue an acting career. His breakthrough role was playing Officer Tom Hanson in the TV series 21 Jumpstreet.  Since, Depp has had a long list of quirky and challenging characters throughout his career, including nine roles in director Tim Burton films. He owes most of his earnings to his iconic role as Captain Jack Sparrow in the Pirates of the Caribbean franchise.

Despite the large fortune he’s amassed from acting and other sources of income, Depp has found himself in financial trouble over the last few years.

Here’s what you need to know about Johnny Depp net worth and how he makes his money:

1. He’s Made His Millions by Playing Iconic Characters

Depp’s most successful role around the world is that of Captain Jack Sparrow in the Pirates of the Caribbean films. Having started in 2003 with The Curse of the Black Pearl, the five-film franchise has grossed over $1,451,780,833 in America and $4,524.4 billion worldwide. From this group of films alone, the actor has earned a salary of over $300 million. In regards to his income, Depp said in an interview with Vanity Fair that he is “overpaid.”

In 2016, Depp was at the top of the Forbes list of Hollywood’s most overpaid actors for the second year in a row. Reportedly, his movies make only $2.80 for every dollar that he is paid.

‌Johnny Depp in Pirates of the Caribbean/ Getty

Other memorable roles in Depp’s career include Willy Wonka in Charlie and the Chocolate Factory, the Mad Hatter in Alice in Wonderland, and Edward Scissorhands, one of his earlier roles. Depp has been rewarded with nominations and awards for many of these performances. His portrayal of Sweeney Todd earned him a Golden Globe for Best Actor in a Musical or Comedy and an Academy Award nomination in 2008. He was also nominated for an Academy Award for Pirates of the Caribbean: The Curse of the Black Pearl in 2004, and for Finding Neverland in 2005. He has been nominated for numerous Golden Globes, BAFTA Film Awards, and Screen Actors Guild Awards.

Most recently, Depp portrayed the evil wizard Gellert Grindelwald in the Fantastic Beasts and Where to Find Them franchise, the first installment of which grossed $814,037,575 worldwide.

2. His Production Company Is Behind Some Big Films, and He’s a Musician Too

Depp fulfilled his original dream of becoming a professional musician when he formed the rock band Hollywood Vampires, along with Alice Cooper and Joe Perry of Aerosmith. Their first self-titled album was released in 2015, and their second album is currently in the works. In 2018, they will tour Europe and the UK for the second time. Depp has also collaborated with rock legends such as Paul McCartney, Oasis, and The Black Keys, among others.

In 2004, Depp founded his own production company, Infinitum Nihil, based in Los Angeles. Christi Dembrowski, Depp’s sister, is the president of the company. Infinitum Nihil has produced films such as The Rum Diary, Dark Shadows, and Mortdecai. Behind the scenes, Depp has produced works such as the film Hugo (nominated for 11 academy awards, including Best Picture),  The Lone Ranger, and Dark Shadows, among others. He also wrote and directed The Brave and the short film Unlovable.

In 2012, Depp launched his own publishing company under the same name of his production company and as a division of HarperCollins.  Depp stated that it is his ambition to “deliver publications worthy of peoples’ time, of peoples’ concern, publications that might ordinarily never have breached the parapet.”

Depp is also the face of Dior’s fragrance Sauvage. However, the campaign, which shows him in a desert rolling up his sleeves, was not well received by the public because of the controversy surrounding his marriage to Amber Heard. The actress had accused Depp of domestic violence. Multiple people and the charity organization Women’s Aid called for a boycott of the campaign.

3. His Spending Caused a Lawsuit Between Him and His Financial Management Group

The actor filed a lawsuit in 2017 against The Management Group, the company that had been in charge of his finances for 17 years. According to Celebrity Net Worth, Depp said The Management Group mishandled his finances, claiming the company had cost him millions of dollars in losses, indebted him for $40 million, failed to pay his taxes properly, and made loans to third parties without his authorization, among other accusations. Depp sued for at least $25 million worth of damages.

The company countersued, declaring that Depp’s careless waste of money had caused his finances to plummet. Supposedly, the actor would spend around $2 million monthly to cover basic needs, and he was running out of cash to maintain this habit. The Management Group assures that they did everything in their power to warn Depp against his spending behavior, which they qualified as “extravagant and extreme.” The group claims that some of his expenses include several properties around the world, each with a complete full-time staff; around $150,000 a month on security for him and his family; and $30,000 a month on wine, according to Business Insider. 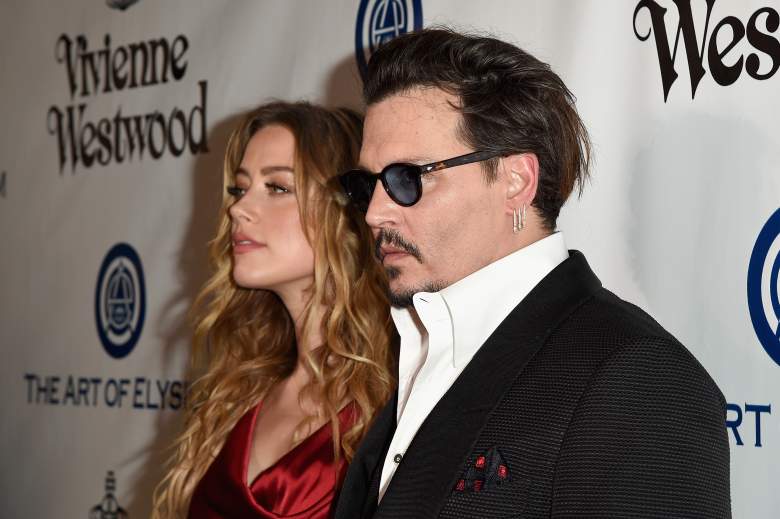 Depp has spent his money in fulfilling his own wishes as well as those of his friends. For example, author Hunter Thompson requested that his ashes be blasted from a canon over Aspen, Colorado. Depp paid $3 million for the construction of a specially-made cannon to make it happen.

Additionally, his very public divorce to Amber Heard ended in a settlement granting Heard an estimate of $7 million, which she donated to charities in support of women victims of domestic abuse and to the Children’s Hospital of Los Angeles.

4. He Has an Impressive Home, Art, and Memorabilia Collection, Though Some of It Is Up for Sale or Auction

According to the countersuit against Depp, in the years working with The Management Group, the actor earned more than $650 million. With that money, he has acquired 14 properties in different parts of the world, on which he spent more than $75 million, including a three-island property in the Bahamas, which he bought for $5.3 million.

Many of these homes are currently on the market. He’s selling his estate in the south of France for $55 million, more than double its’ price in 2015, when he first listed it. The property sits on 37 acres and has 15 bedrooms and 14 bathrooms in total. He has invested more than $11 million in restoring its 18th century architecture. Depp has also listed his five penthouses in the Eastern Columbia Building in LA for $12 million. Business Insider reports that Depp also sold a yacht valued in $18 million to J.K. Rowling, the author of the Harry Potter series.

This impressive collection of more than 200 items cost him millions of dollars to keep safe, and required 12 storage units. In the midst of his divorce to Amber Herd, many items were put up for auction. He sold part of his Jean-Michel Basquiat collection for $13.7 million in the auction.

5. He Donates to Hospitals, a Personal Passion After Seeing His Daughter and Mother Fall Ill

In 2007, Depp’s daughter was hospitalized due to a kidney failure caused by contracting an E. Coli infection. Depp donated  $2 million to the Great Osmond Street Hospital in London, the hospital that treated his daughter and treats children suffering from rare conditions. Ever since, he has worked closely with that hospital and with the Children’s Hospice and Palliative Care Coalition and the Helen & Douglas House, organizations that provide support for ill children and their families. He also supports War Child and the Children’s Hospital of Los Angeles. In addition, he contributes to other charities such as the Actors Fund of America, Dogs Deserve Better, and Environmental Justice Foundation, among others.

Depp is involved in charities dedicated to helping cancer patients. In 2016, he received the Rhonda’s Kiss Healing and Hope Award for his work with cancer patients. Of the donation, Depp said, “Cancer affects many families, and this year it was my family’s turn.” This cause became especially important to the actor after losing his mother to lung cancer. He has also made contributions to the Cedars-Sinai Hospital,, which works with those affected by cancer.  Depp has deemed the hospital’s work “invaluable.”  Dr. Mirhadi, a doctor at Cedars-Senai, has said that Depp’s donations have been instrumental for cancer research.

Depp also donates his time. He is an active member of Sophie’s Gift, an organization that works with celebrities to record voice messages for coma patients. He also often dresses up as his most popular character, Captain Jack Sparrow, and visits children’s hospitals. He is seen here in British Columbia Children’s Hospital in Vancouver, and here in London’s Great Osmond Street Hospital.