Justin Bieber turned 24 on March 1, 2018, but he’s been earning millions for a decade already. The Canadian Youtube sensation rose to fame after Usher’s interest in him, quickly becoming a heartthrob among teeny boppers. Today, he has a net worth of $265 million according to Celebrity Net Worth.

Justin Bieber Net Worth is $265 million

His earnings come from concerts, endorsements, and music album sales. His music sales total  $44.7 million in the United States alone, and he has sold an estimated 140 million album copies, which makes him one of the world’s best-selling stars. His endorsements with Calvin Klein, Adidas, and more bring him millions each year. Bieber is the 13th highest paid celebrity in the world according to Forbes.

Bieber has 100 million followers on Twitter,  a number he reached on August 2017. The only other celebrity who has more followers is Katy Perry. He also surpassed 10 billion total Vevo video views–the only singer to reach that number. His career has been plagued by scandals, but he still draws millions to see him perform.

Here’s what you need to know about Justin Bieber net worth and how he makes his money:

1. Most of His Net Worth Comes From Tours, and His Most Recent Was One of the Best Selling Ever 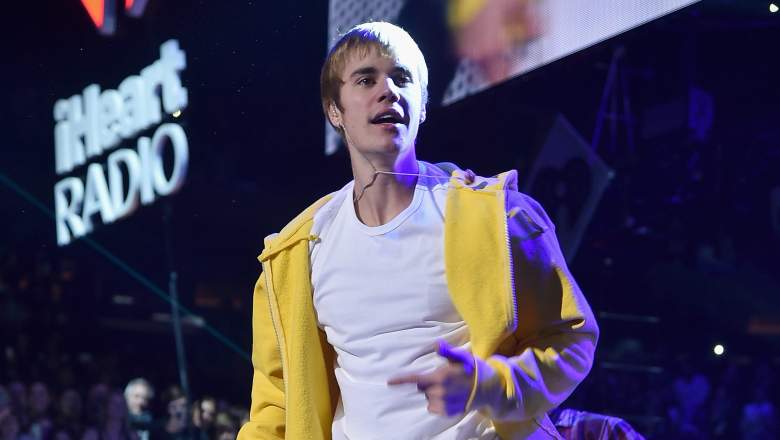 The “Purpose” tour was one of Bieber’s most successful tours in history. The tour had 140 shows and sold nearly 2.77 million tickets each worth an average of around $93. According to Billboard, the tour made $250 million total around the world. In 2016, the tour earned $163.3 million and was the sixth best selling tour of 2016.

Bieber’s ‘Purpose’ Tour merchandise was a hit with stars like Robbie Williams and Brooklyn Beckham who were seen wearing the hoodies sold on ASOS and H&M. Numbers aren’t released, but a store owner said it had broken records three days in a row.

Related to music, Bieber has made two documentaries. Never Say Never, released in 2011 and named after one of his songs, grossed about $73 million domestically and $26 million in foreign countries, according to Box Office Mojo. Believe, released in 2013, grossed $6 million.

Looking back, Bieber’s wealth has always been on an upward trajectory. At age 20, he topped Forbes’ list of under 30 celebs earning the most of everyone with $80 million. Most of his wealth at that time also came from tours.  When he was 19, he earned  $58 million from the revenues of his 2012 and 2013 parts of the “Believe” tour. He earned an extra $14.43 million from  YouTube views. Bieber also earned a reported $400,000 per concert appearance in 2012. An accumulated $7.1 million came from the “Believe” album sales, and $12.25 million from 35 shows on his “Believe” tour.

His song “Sorry” was the most streamed song ever, until that spot was taken by Luis Fonso’s “Despacito,” which Bieber also appeared on.

Bieber’s Calvin Klein endorsement had a big impact on his wealth, and he had a big impact on the brand. Calvin Klein got a 13% rise in one quarter thanks to the Bieber underwear campaign. That’s an increase to about $723 million from $654 million in the prior quarter, according to Racked. It’s not clear how much Bieber made from the ads, but other Calvin Klein contracts have been around $4 million.

His ad for Calvin Klein, above, featured him playing drums and shots with model Lara Stone. He also posed for a number of magazine and billboard ads.

Bieber was also part of an Adidas campaign alongside NBA star Derrick Rose and Venus Williams in 2012. He reportedly wears Adidas shoes while on tour, and as the face of the brand earned $3 million in a three-year contract signed in 2012. and he endorses Beats By Dre, Elizabeth Arden, Proactiv, and Best Buy.

He released four fragrances for men and women along with his debut song Someday, resulting in an earning of more than $3 million at Macy’s in just three weeks. The perfume line became the best-selling celebrity fragrance ever and the best-selling new women’s fragrance of any kind brought out in 2011, according to the New York Times.

3. He Has Had a Lot of Expensive Rental Properties Over the Years 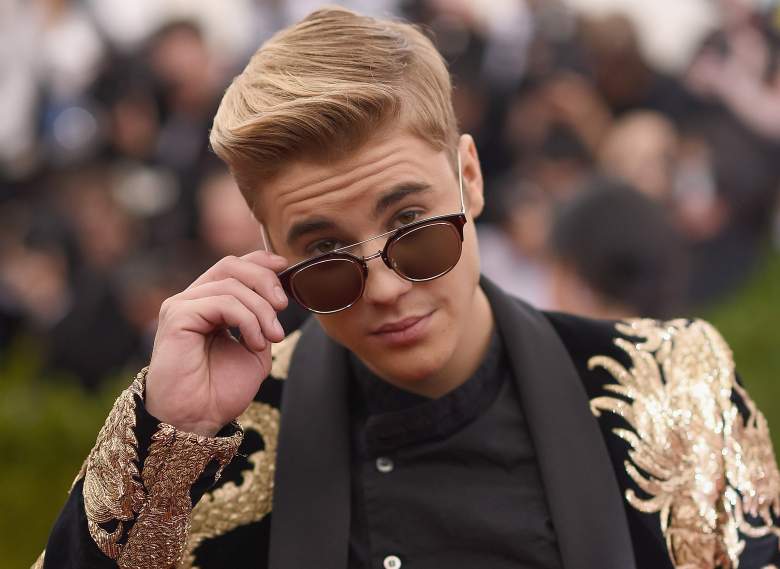 Bieber lives a high-profile life and he spends his earnings on buying luxury homes and cars. He purchased a 9,214 sq. ft., $6.5 million mansion in Calabasas, California in 2012, but sold it just two years later to Khloe Kardashian for $7.2 million.  His  partygoing nature clashed with the calm feel of the neighborhood, according to Time.

Recently, Bieber reportedly became interested in an $11 million Brentwood property. He currently rents a West Hollywood home for about $55,000 a month as of April 2018.

He also spends a lot of money on tattoos.  Pop Star Tats estimates that Bieber has more than 50 tattoos. They range from quotes to animals to symbols, and are all over his body.  One tattoo he has of an eye on the inside crease of his arm cost at least $1,000, according to En Stars. He got the tattoo at Bang Bang and the shop said there were people asking for the same tattoo shortly after, despite artists asking between $300-$400 per hour. The tattoo took at least two hours to complete and according to Bang Bang artist Keith McCurdy, Justin said “the tattoo was about his mother always watching over him, kind of like a protection… He wants more tattoos. He likes realistic stuff.”

4. His Scandals Range from Hilarious to Dangerous, and His Relationships are Rocky 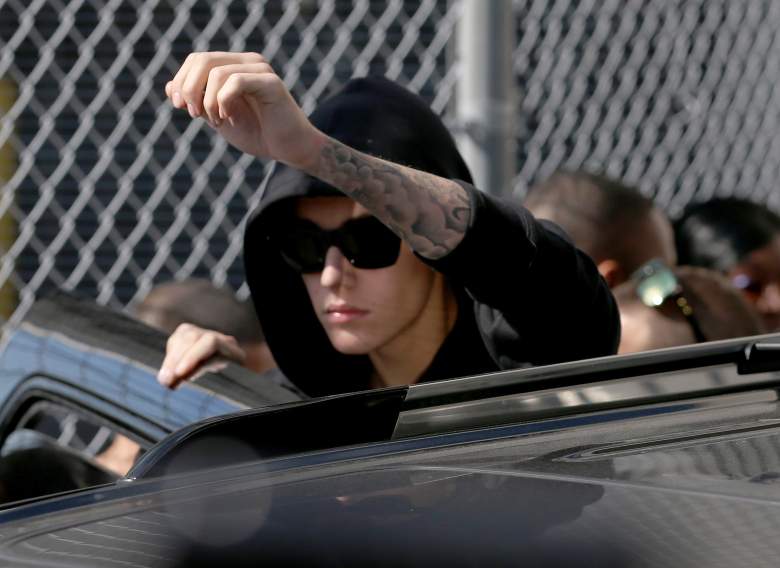 Justin Bieber prepares to stand on his vehicle after exiting from the Turner Guilford Knight Correctional Center on January 23, 2014 in Miami, Florida. Justin Bieber was charged with drunken driving, resisting arrest and driving without a valid license after Miami Beach police found the pop star street racing Thursday morning. / Getty

Bieber’s partying has sometimes gotten him in trouble. In early 2013, he was photographed holding marijuana. In 2014, his neighbors accused him of pelting their property with rotten eggs. Also in 2014, he was arrested for drag racing in Miami in a yellow Lamborghini. Traces of marijuana and alcohol were found in Justin’s blood during the check after the incident. He’s also been involved in several car accidents, one involving a pedestrian. Aside from these, he’s been involved in numerous scandals–from yelling at paparazzi to being seen leaving a brothel to having his guards carry him up the stairs of the Great Wall of China.

During his Tokyo tour in April 2014, Bieber outraged the internet users with a selfie against Yasukuni Shrine, a revered military memorial in Japan. Similarly, during an individual tour of the Sistine Chapel, he paid a  €20 thousand as fine for starting to play with a football between the corridors of the Vatican Museum. In 2013, he visited the Anne Frank House in Amsterdam and said he hoped she would have been a “belieber,” causing outrage.

Bieber and singer Selena Gomez had a on-again-off-again relationship that started in 2010.  Their relationship became so intense in 2011, Selena Gomez removed the ring she had put on her finger in 2004 as a vow to stay a virgin until marriage. They broke up again in 2012, but there are always rumors that they’re still in love and will get back together.

Since Gomez, Justin has dated Hailey Baldwin, Moldovan model Xenia Delhi, and Kourtney Kardashian, among others.

5. His Charitable Efforts Help Make Up for His Scandals 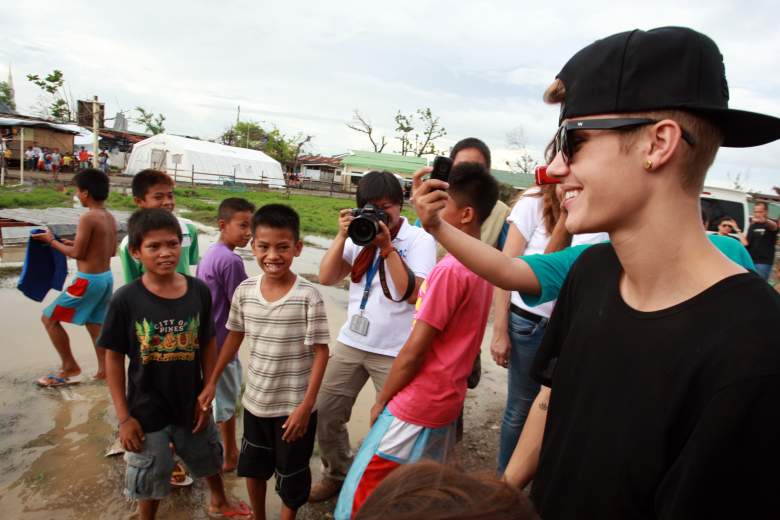 Justin Bieber’s reputation took a nosedive due to the above mentioned scandals, but he has been consistent throughout his career in donating and fundraising. On his 17th birthday, Bieber encouraged people to donate to a clean water campaign, raising more than $47,148. He did the same on his 18th birthday, bringing in $19,591.

Bieber has donated the $3 million income from his Someday perfume to charity, and has participated in numerous benefit concerts for different causes. He also donated to the Stratford House of Blessing food bank via an eBay auction in which a pair of his Nike basketball shoes sold for $62,000. Other charities he’s donated to over the years include the ACLU of Southern California, ALS Association, Alzheimer’s Association, Autism Movement Therapy, charity:water, Children’s Miracle Network Hospital, City of Hope, Comic Relief, Cure Duchenne, Dave Thomas Foundation for Adoption, DoSomething.org, Food Bank for New York City, Give Back Hollywood Foundation, GRAMMY Foundation, It Gets Better Project, Jumpstart, KaBOOM!, Make-A-Wish-Foundation, Musicians on Call, Pencils of Promise, PETA, Red Cross, Save the Children, Starship Foundation, Usher’s New Look Foundation, and World Vision.

He is the first recording artist to grant 250 wishes via the Make-A-Wish Foundation. In 2015, he gifted the shoes off his feet to a child in Guatemala. Justin Bieber received the Champ of Charity honor at the Young Hollywood Awards in 2014, which was awarded by a Make A Wish charity receiver.