Mike E. Smith is a professional horse racing jockey. He was born in New Mexico, and began riding horses when he was just a boy. Over the course of his career, Smith has won dozens of horse races, including several Triple Crown races.

Smith is having a pretty stellar 2018 so far. He rode the Bob Baffert-trained Justify to victory in both the Kentucky Derby and the Preakness Stakes, and is looking to win the Belmont Stakes on Saturday, June 9, putting him in an elite class of Triple-Crown-winning jockeys.

Mike E. Smith’s net worth is $10 million, as estimated by Celebrity Net Worth. Horses he has ridden have earned more than $312 million over the course of his career, according to Equibase. He has earned a percentage of each purse in addition to a mount fee, which can range from $40 to $500, depending on the jockey — and the race.

1. Horses He Has Ridden Have Earned More Than $6 Million This Year Already

Smith has earned quite a bit of money riding Justify, the heavy favorite going into today’s Belmont Stakes. Justify finished first place at the Kentucky Derby, earning Smith 10 percent of the total purse of $1.24 million. That means that Smith took home about $124,000.

Smith won a nice sum of money at the 2018 Preakness Stakes, riding Justify to victory once more. The purse was a bit higher than the Derby at $1.5 million, which means that Smith raked in about $150,000.

If Smith can get Justify to cross the finish line first at the Belmont Stakes, he will earn another $150,000, 10 percent of the $1.5 million purse.

Smith’s highest-earning year of his career came in 2017, when his wins earned a total of $20.5 million. Those purses came over the span of 275 starts, including 70 wins, 38 second-place finishes and 45 finishes in third. His winnings equalled $74,694 per start.

Smith had several successful rides in 2017, earning thousands of dollars each time he crossed the finish line. One of his big pay days came in November, when he rode Caledonia Road to a first place finish in the Breeder’s Cup, juvenile fillies race. The $2 million purse won Smith more than $100,000.

Smith rode Daddys Lil Darling to a first place win at the American Oaks in December. The purse of $300,000 was a nice way for Smith to end the year.

3. He Has Won the Most Breeder’s Cup Races of any Jockey

The Breeders’ Cup World Championships is an annual series of Grade I Thoroughbred horse races.

“The Breeders’ Cup is the richest two days in sports, with $30 million paid out in purses and awards over the entire weekend. Winnings are paid out to owners, stallion nominators, and foal nominators. Owners share their winnings with their trainer and jockey on their own terms,” according to the Breeder’s Cup website.

Smith captured his first win with Lure in the 1992 Mile at Gulfstream Park. His most recent came atop Royal Delta in the Distaff (formerly Ladies’ Classic) and Mizdirection in the Turf Sprint last year. Smith detailed that overtaking legendary riders like Jerry Bailey in Breeders’ Cup wins and Pat Day in earnings was “very humbling, very gratifying,” according to Daily Racing Form.

Smith is listed as the seventh-highest earning jockey of 2018 by Equibase. According to the horse racing database, Smith is also the second-highest earner or all time.

Smith’s winnings have totaled more than $6 million in this year alone. Those winnings come off the strength of 25 first-place finishes in 111 starts. He’s placed second 20 time in 2018 and come in third a dozen times. Those figures are good enough for a 23 percent rate of victory and an average of $55,218 per start.

Smith’s career winnings total $312 million across 33,098 starts, with 4,904 first place finishes. These stats are good enough for a winning percentage of 19; Smith has finished in the top three in 49 percent of his starts.

5. Arrogate Has Earned Him the Most Money to Date

Arrogate was sired by the Breeders’ Cup Juvenile winner Unbridled’s Song. Arrogate’s dam, Bubbler, was also a successful racehorse, who won six of nine career races. Suffice it to say, this horse was born to race. 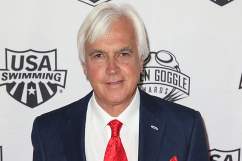 Bob Baffert Net Worth: 5 Fast Facts You Need to Know