Vincent Kennedy McMahon, called Vince by most and ‘the Boss’ by many wrestlers, has a net-worth of $1.82 Billion, according to Forbes. He founded the WWE and is currently the CEO, but also wears multiple hats as a commentator, promoter, and even an occasional wrestler. He turned the business from a small family wrestling enterprise into a massive public company, partly by being involved in every aspect of it.

Vince McMahon Net Worth is $1.82 billion

Outside the ring, he has been a successful movie producer and is close with Donald Trump. His wife was tapped by Trump to head the Small Business Administration. He owns multiple houses around the country and a bomb-proof vault to store a collection of wrestling tapes.

Here’s what you need to know about Vince McMahon net worth and how he makes his money:

1. He Started Life in a Trailer Park and Became a Billionaire 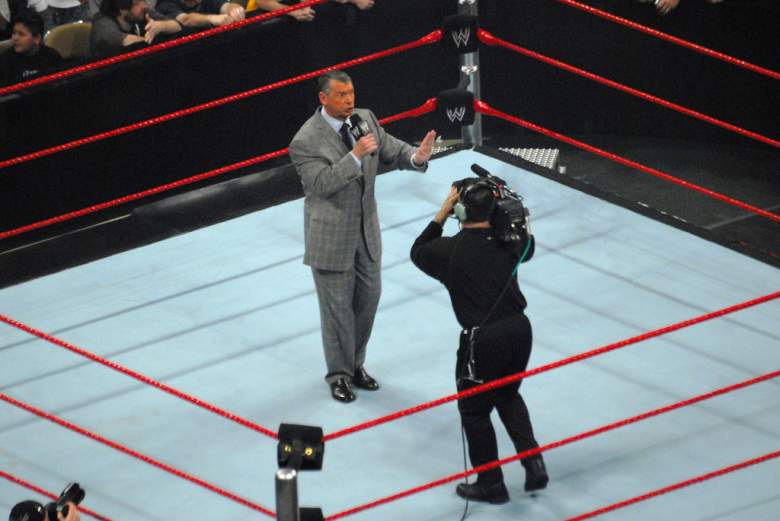 Vince McMahon wasn’t always a billionaire, or even close. His father was a successful wrestling promoter, but McMahon grew up in a trailer park in Havelock, North Carolina and didn’t meet his father until he was 12-years-old. His stepfather, Leo Lupton, worked as an electrician at the local air base and beat McMahon when he was a kid. About his stepdad, McMahon told Playboy in an interview that “it’s unfortunate that he died before I killed him. I would have enjoyed that.”  When McMahon finally met his real father Vincent James McMahon, a second generation wrestling promoter, he fell in love with the business. His father was part of the National Wrestling Alliance, a group of promoters who ran different geographic territories. In the 1970s, the Northeast promoters formed their own alliance, called the World Wrestling Foundation. McMahon purchased the company from his father in 1983, and immediately started spreading his brand of wrestling to other regions, and eventually the world. One of McMahon’s first ideas, which helped make wrestling appealing to a larger audience, was the “Rock & Wrestling Connection.” The show combined pop stars and wrestlers to draw in an audience that might not have tuned into wrestling otherwise.

2. He’s Grown the WWE Into an Empire

The WWE hosts bi-weekly live shows ‘RAW’ and ‘Smack Down’ that see 20,000-25,000 fans across the United States (apart from frequent tours abroad). These shows are telecast live in the U.S. and various other parts of the world and watched by millions of fans.  The WWE is a money making machine. While it primarily deals with wrestling shows and makes direct revenue from ticket sales, sponsorship, and TV licensing, it also makes a major chunk of its money from product licensing, films, music and reality shows, video games, merchandise and more. As of 2017, the WWE continues to be the biggest and the most cash-rich professional wrestling company in the United States. It hosts more than 300 televised and non-televised shows in a year and broadcasts to more than 35 million viewers across 151 countries around the world. The company went public in 1999. In 2017, the WWE’s revenue increased 9% to $211.6 million as compared to the prior year quarter, according to the company’s financial report.

WWE is a global organization and Vince McMahon shuttles between its head office in Stamford Connecticut to its various global branches spread across London, Tokyo, Shanghai, Mexico, Munich and Mumbai. As the Owner, CEO, Chairman of the board, and majority shareholder of the WWE, Vince runs the WWE as a strictly family owned enterprise. He is aided by his wife Linda and their two children, Shane and Stephanie McMahon. After Stephanie’s wedding to Hunter Hurst Helmsley (HHH), one of the most popular wrestlers of the 1990s (popularly known as the Attitude Era), he too has become an integral part of the company’s corporate affairs. His brainchild, the NXT, is a  reality series that showcases the training and development of talented rookies as they learn the ropes of wrestling under the eyes of experienced trainers, usually popular wrestlers retired from the sport.

All of McMahon’s wealth comes from the WWE, which he essentially started from scratch. He owns about 57% of WWE’s Class A stock, which is about 40 million shares. In December 2017, WWE traded at about $32 per share.

3. McMahon Occasionally Wrestles Professionally, and Was Recently Featured in a Viral Tweet

McMahon has occasionally competed in the ring as a wrestler, and has held the ECW World Championship and WWF Championship. He fought Donald Trump in the ring on numerous occasions. In one video, Trump is seen pummeling McMahon. That video was the same one Trump tweeted in July 2017, but McMahon’s face was covered by a CNN Logo.

Though he appears on television less these days, he still competes occasionally. In 2008, he was awarded a star on the Hollywood Walk of Fame. At the award ceremony he said “I already know I’m a star. I’m the biggest star of all time.”

4. He Owns Three Houses, Including One in Trump’s Property 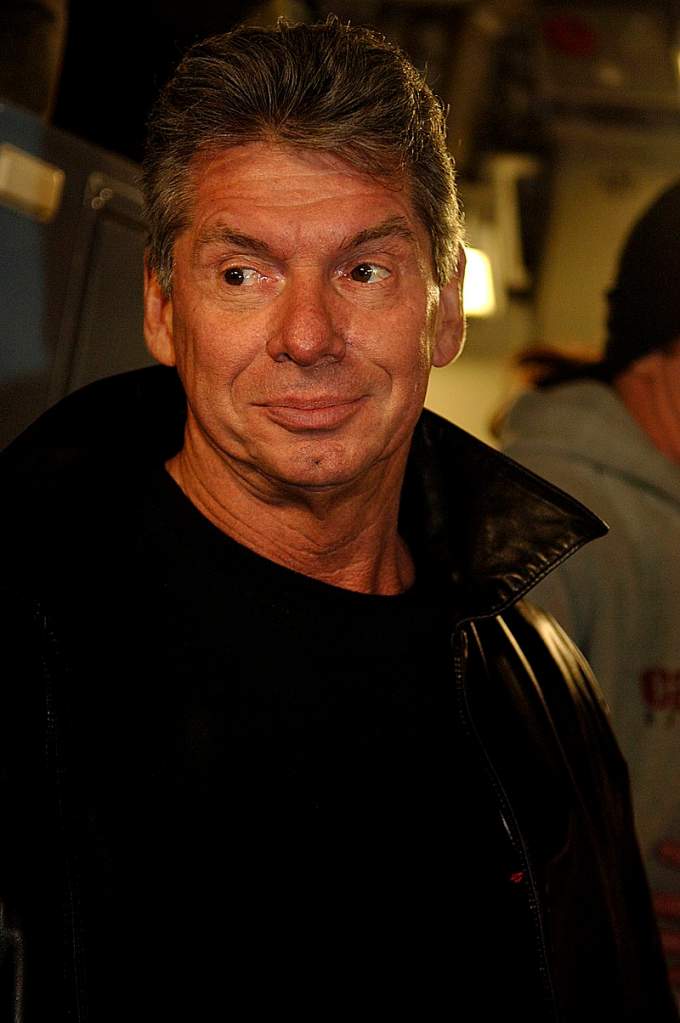 The McMahon’s main home is a 10-acre estate in Hurlingham Drive. Conyers Farm, as it was christened by the family, is located in the suburbs of Greenwich. The neighborhood is home to several A list celebrities and business tycoons. Though you won’t find any livestock on the farm, you will come across a nice collection of cars including a Bentley GT Speed, a custom designed GMC Yukon XL and a Mercedes SL 600R.

The mansion is nestled in the middle of the 10 acre estate and is divided into two separate dwellings – the main residential complex and a separate apartment overlooking a detached garage. The 14-room farm has 7 bedrooms and 9 bathrooms. It was originally purchased in the name of Vince’s wife, Linda McMahon, in order to help her to meet the residency requirements to run for the United States senate in 2010 and 2012. She didn’t win either election, but the family kept the house.

McMahon also owns a penthouse in Trump Parc, which is nearby the WWE studios. McMahon and Trump, who owns the building, are close friends. The 4,365 square-foot, three-bedroom penthouse apartment includes access to a gym and sauna, a heated pool, a private screening room, and rooftop decks. It cost $4 million.

The McMahons own another home in Boca Raton, Florida, which they frequent during winter months. The two-story high-rise has views of the ocean and cost $2 million. Once purchased, the house was remodeled to remove the separation between the two floors to create high ceilings.

5. The Rest of His Money Goes to Cars, Yachts, and Secret Vaults

Though he started with humble beginnings, McMahon is now no stranger to luxury. Aside from his three homes, he rides a  Limousine to the office, owns a 47-foot yacht named Sexy Bitch, and also a private corporate jet. The jet seats 14 passengers and has a conference room, a shower, work stations, and a rest area. It cost $36 million. His Bentley Continental GT 2010 model cost $200,000, plus has a stereo system worth $100,000. He also owns a Mercedes SL600R, a two-seat sports car that goes from 0-62 miles per hour in 5.8 seconds. His customized version cost $130,000. Finally, he owns a GMC Yukon XL.

His wife Linda McMahon spent $100 million of the family’s money on her two senate bids, according to the New York Times. The biggest spending categories were for “consultants, digital marketing experts, and other political professionals,” the Times said. She lost both the 2010 and 2012 elections.