Getty Wilbur Ross net worth has been disputed in recently by Forbes, who claims the millionaire is just that - a millionaire, and not worth the billions he claims to be worth.

Wilbur Ross, United States Secretary of Commerce, is in a heated multi-million dollar lawsuit with his former employee, private equity manager named David Storper, according to Forbes. The details of the lawsuit have only just come to light recently, and Forbes reports that $4 million is on the line.

“The pair worked side by side for more than a decade, eventually at the firm, WL Ross & Co.—where, Storper later alleged, Ross stole his interests in a private equity fund, transferred them to himself, then tried to cover it up with bogus paperwork,” Forbes reports.

The two allegedly came to a quiet settlement “whose existence has never been reported and whose terms remain secret.” Here’s what you need to know about Ross’s net worth:

1. Ross Built Much of His Reputation on Finding Failing Companies, Buying Them Out & Flipping Them for Profit 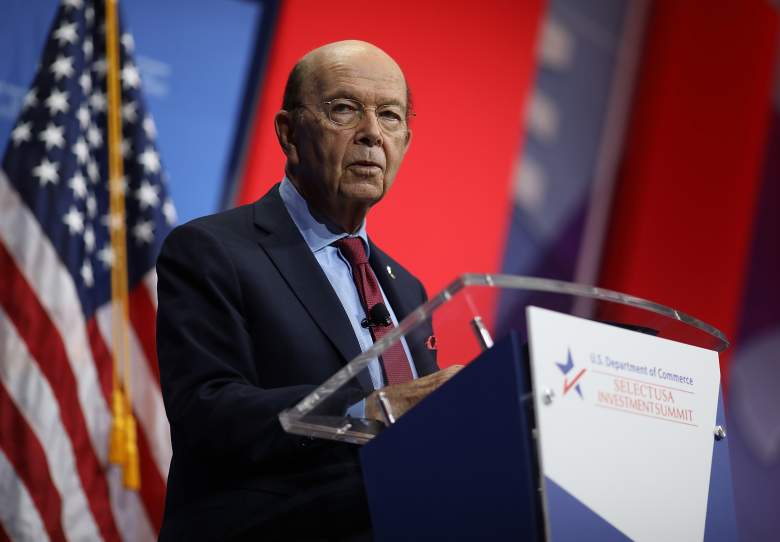 Known for buying up failing companies and flipping them into successful businesses, Ross’ net worth is listed as $700 million, according to Celebrity Net Worth.

“Wilbur Ross is best known for restructuring failed companies in industries such as steel, coal, telecommunications, foreign investment and textiles. He specializes in leveraged buyouts and distressed businesses,” Celebrity Net Worth reports.

Ross received his undergraduate degree from Yale College before moving on to Harvard Business School, where he earned his MBA. An advisor at Yale helped him get his first summer job on Wall Street, and by the mid-1970’s, Ross had built himself quite the reputation as a bankruptcy advisor, according to Celebrity Net Worth.

“In 2000, Ross bought out his equity fund and opened WL Ross & Company in New York. His staff includes four top mangers who along with Ross, make up the firm’s investment committee,” reports Celebrity Net Worth.

2. Ross Made Several Million Dollar Investments Throughout His Life 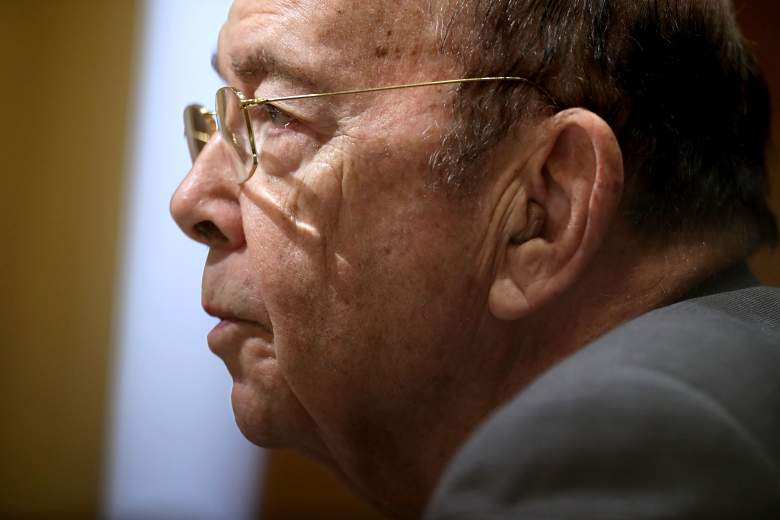 WASHINGTON, DC – JUNE 20: U.S. Secretary of Commerce Wilbur Ross testifies before the Senate Finance Committee in the Dirksen Senate Office Building on Capitol Hill June 20, 2018 in Washington, DC. Ross was questioned by committee members about his department’s proposed tariffs actions, including an additional $200 billion on goods from China, which the Trump Administration accuses of aggressive and unfair trade policies. (Photo by Chip Somodevilla/Getty Images)

Ross has made many international investments that have helped propel him to millionaire status. In 2002, Ross founded the International Steel Group after purchasing assets of several bankrupt steel companies. Ross had support from the local steelworkers union, negotiating a deal with them to “save” Pennsylvania’s steel industry. He eventually sold the group of $4.5 billion, half in cash and half in stock, in 2005.

He formed International Automotive Components Group in 2006, and Ross also invested $100 million (along with several other investors) to purchase Oxford Automotive. He eventually merged Oxford with Wagon Automotive.

The International Coal Group was founded by Ross in 2004, which was also formed after multiple coal companies went bankrupt. The Sage Mine explosion in 2006 that killed 12 miners was owned by Ross, which led to the discovery of several issues within the company. Ross eventually sold the company to Arch Coal for $3.4 billion in 2011.

3. Forbes Accused Ross of Misleading the Magazine by Claiming Billionaire Status, When He Wasn’t Actually a Billionaire 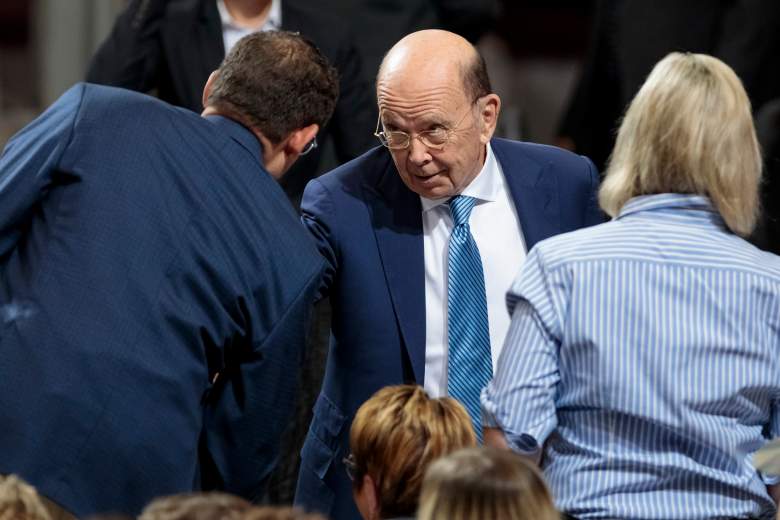 In November, 2017, Forbes published a report accusing Ross of lying about his billionaire status. In 2016, Forbes had posted a list of the top 400 wealthiest people since 2004, but eventually released a new list to correct their mistake. Ross was listed as #232 at the time of the original publication.

Forbes had listed his net worth at $2.9 billion on The Forbes 400, which, at the time, Ross had claimed was too low. He alleged that his net worth was closer to $3.7 billion, but after examining the financial-disclosure forms he filed after he was nominated to President Trump’s Cabinet, Forbes found that he had less than $700 million in assets.

The magazine claimed that “It seems clear that Ross lied to us, the latest in an apparent sequence of fibs, exaggerations, omissions, fabrications and whoppers that have been going on with Forbes since 2004.”

4. Ross Eventually Sold His Share of WL Ross & Company & Used to Work With Donald Trump on a Casino Recapitalization in 1990 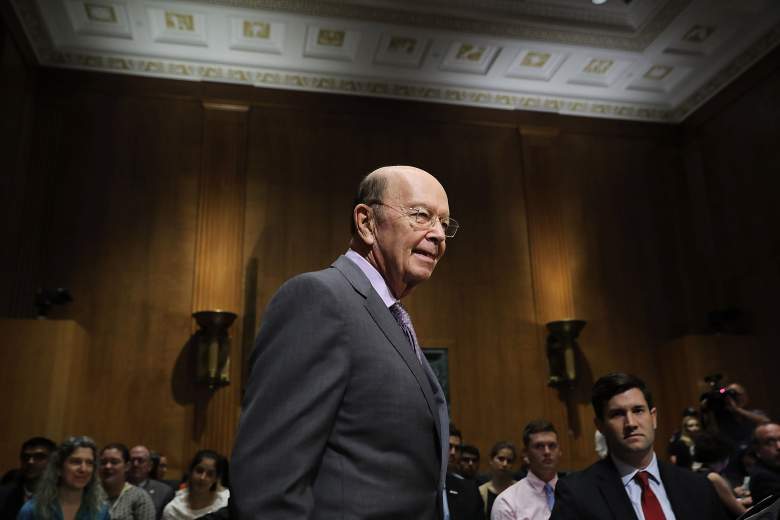 WASHINGTON, DC – JUNE 20: U.S. Secretary of Commerce Wilbur Ross arrives before testifying to the Senate Finance Committee in the Dirksen Senate Office Building on Capitol Hill June 20, 2018 in Washington, DC. Ross faces questions and criticism from members of the committee about the Trump Administration’s imposing of tariffs on steel and aluminum. (Photo by Chip Somodevilla/Getty Images)

Ross is known for “offloading assets” which included the selling of Homeward Residential, a firm that collects mortgage payments, in October 2012, to Ocwen Financial Corp., mortgage-service lender for $750 million, The Richest reports. In the early of 2013, his stake in the Bank of Ireland had gained in value about 9% as the Irish economy has started to recover.

According to Forbes, Ross used to work with President Trump 28 years ago on a casino revitalization project in 1990. He eventually sold WL Ross & Co. to “publicly traded Invesco for $100 million up front and the ability to earn another $275 million in 2006,” Forbes reports.

In 2005, Forbes ranked Ross as the 346th richest person in the world, with a net worth of $1 billion, but after Forbes uncovered issues with his net worth, that number has been disputed. He is now ranked as 814th.

5. Ross is Accused of Siphoning Millions of Dollars & Is Being Sued By a Former Business Partner 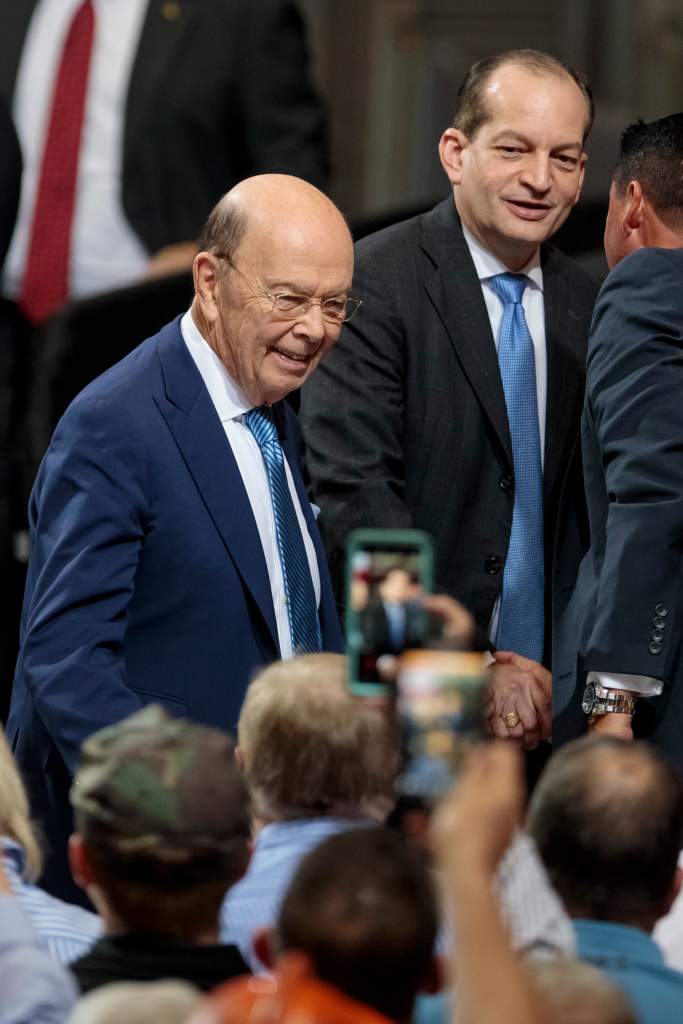 Now, Ross is under scrutiny once again for issues surrounding money. Ross is being accused by a former business partner and somebody Ross worked “side-by-side” with for over a decade of stealing millions of dollars from him while the two worked together at WL Ross & Co.

According to Forbes, there has allegedly been a very private multi-million dollar lawsuit between David Storper, Ross’s former business partner, and Ross that’s been dragged out for three years, and now Forbes reports that a $4 million settlement has finally been reached between the two.

Aside from Storper’s accusations, others have stepped forward who worked directly beneath Ross, claiming he “siphoned or outright stole a few million here and a few million there,” according to Forbes.

You can read the full story on the lawsuit against Ross here.

Read More
5 Fast Facts, Breaking News, Money
Wilbur Ross net worth has been disputed in recently by Forbes, who claims the millionaire is just that - a millionaire, and not worth the billions he claims to be worth.