Getty Cher has amassed a net worth of over 300 million.

Cher is performing on The Voice this evening, and is currently making headlines with her incredibly successful, smash hit Broadway performance called “The Cher Show.” She recently surprised cast members of “The Cher Show” to watch them perform, while admiring their portrayal of her life.

“It’s hard to see your life portrayed onstage, but I couldn’t have asked for a better cast to portray my life,” she told the cast, after flying in between performances of her own show in Vegas.

With all eyes on the singer and actress lately, many are marveling at her success and curious how much money she has amassed over the years. According to Celebrity Net Worth, Cher has a net worth of $360 million, most of which has been accrued over decades spent in the entertainment business. Here’s what you need to know:

Cher was born in El Centro, California, on May 20, 1946. Also known as Cherilyn Sarkisian, Cher dropped out of high school after struggling with severe dyslexia. She quickly met Sonny Bono, who she hit it off with, married, and started her music career.

According to Celebrity Net Worth, Cher kickstarted her career with Sonny after the release of the 1965 classic, “I’ve Got You Babe.” The pair continued to make music into the 1970’s, before Cher decided to go solo. “Believe” and “Strong Enough,” are two of her many successful songs over decades’ worth of performing and 20 studio albums.

2. She Has Brough Home Several Awards For Her Music & Acting, Including a Golden Globe, a Grammy & an Oscar

After she rose to fame with her music, Cher navigated into acting, where she turned out to be just as talented as she was singing. She was cast in several films, including “Moonstruck,” “Mask,” and “Silkwood,” with “Moonstruck” landing her a 1987 Academy Award and Golden Globe, according to Celebrity Net Worth.

In 1990 she also starred in “Mermaids,” for which she was reportedly paid $4 million, Bankrate reports.

She has brought home dozens of awards throughout her career, including an Oscar, and an Emmy, and she even broke a Guiness World Record for Highest Grossing Music Tour by a female artist. You can check out all 35 wins and 53 nominations here, on IMDb.

3. Cher Earned $300 Thousand Per Week Due to Her Residency in Las Vegas 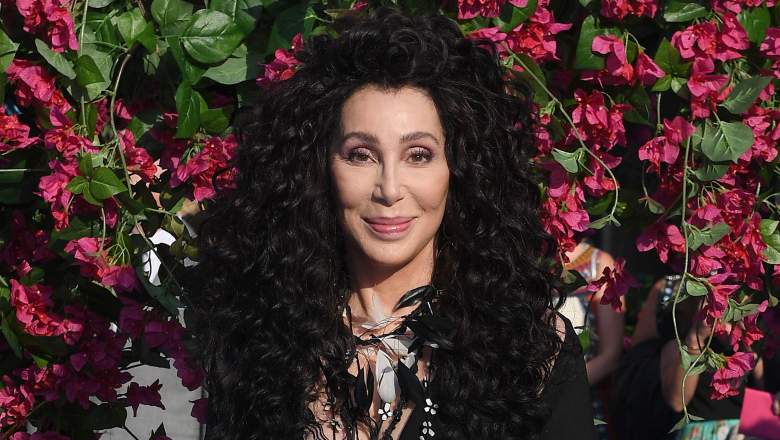 Cher had a residency in Las Vegas from 1980 to 1982, according to Celebrity Net Worth, which earned her a staggering $300 thousand per week. She headlined for three years at the Colosseum at Caesars starting in 2008 and reportedly grossed $180 million from the series.

She was also recently cast as the lead in the “Mamma Mia!” sequel, alongside Meryl Streep, Amanda Seyfried, Colin Firth, Lily James, and others.

4. She Had Dozens of Songs Reach #1 & Her Best-Selling Album Sold More Than 11 Million Copies

Over the years, Cher has had dozens of songs reach #1 on various charts around the world, including “If I Could Turn Back Time,” “Half-Breed,” “The Shoop Shoop Song (It’s In Her Kiss),” and “Believe,” among many, many more.

5. Cher is a Real Estate Mogul & Owns Properties Around The World Worth Millions

This pic is circa 1970. Salvatore Bono (1935 – 1998) and Cherilyn Sarkasian LaPier, better known as the husband and wife duo, Sonny and Cher, at their home in California. (Photo by Keystone/Getty Images)

Cher owns several properties, investing in houses on both the east and west coasts. She owns properties around the world that have an estimated value of $100 million, according to Celebrity Net Worth. Her Italian villa on the coast of Malibu alone is worth $50-70 million.

According to Love Property, Cher and late husband Sonny bought the Owlwood estate in Los Angeles in 1974 for close to $750 thousand. The 12,000 square foot mansion was built in 1936 on Carolwood Drive, not far from Sunset Boulevard. The property sold for $90 million in 2016, making it one of the priciest residential sales in Los Angeles County’s history.

READ NEXT: Chris Kroeze, The Voice: 5 Fast Facts You Need to Know

Read More
5 Fast Facts, Celebrities, Net Worth
Cher's net worth in 2018 is staggering, and well deserved after decades in the entertainment business. Read on to see how the singer built her empire over the years.