Getty Penny Marshall passed away on Monday from complications related to diabetes, according to a statement from her family

Penny Marshall, the actor and director best known for her role as Laverne DeFazio on the 70’s sitcom “Laverne and Shirley,” and many more beloved films, passed away on Monday, according to a statement from her family. She was 75.

“Our family is heartbroken,” Marshall’s family said in a statement. “She was a comedic natural with a photographic memory and an instinct for slapstick.” A spokesperson for Marshall’s family told The Los Angeles Times that she died peacefully due to complications from diabetes.

Marshall was an actress, television and film producer and director who had a net worth of $45 million at the time of her death, according to Celebrity Net Worth. She acquired her wealth through decades’ worth of acting and directing, including blockbuster films such as “Big,” and “A League of Their Own.”

1. She Began Acting With Small Roles on Various Shows & Appeared in  The Occasional Advertisement 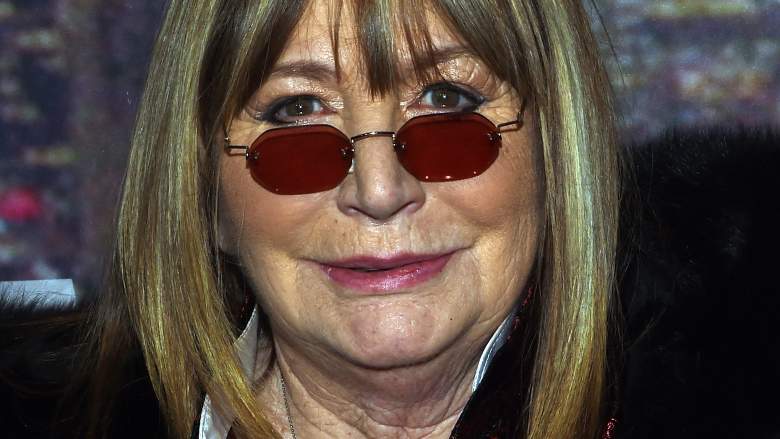 GettyPenny Marshall has died at the age of 75.

According to Celebs Net Worth Today, Marshall started her career by working in a TV advertisement for a cosmetic shampoo. The actress played an adolescent with plain, unattractive hair, whereas her counterpart Farrah Fawcett was selected to perform role of a person with “thick and bouncy hair.”

She eventually transitioned into television, snagging many minor television roles prior to her breakout role on “Laverne & Shirley.” Her brother, Garry Marshall was the mastermind behind the sitcom, as well as a part-time writer for this show.

Marshall was also known for her recurring role as Myrna Turner on “The Odd Couple” between 1971 and 1975, before starring as Laverne.

2. Marshall Landed a Role on “Laverne & Shirley” & Her Acting & Directing Career Took Off

Once “Laverne & Shirley” took off, Marshall’s acting career soared, and she appeared in all 178 of the show’s episodes between 1976 and 1983, according to Celebrity Net Worth. Marshall and fellow actress Cindy Williams, who starred as Shirley Feeney, portrayed single roommates who worked as bottle-cappers in a fictitious Milwaukee brewery called Shotz Brewery. Their two characters were originally introduced in the wildly popular 70s sitcom, Happy Days.

Over the course of her years on “Laverne & Shirley,” Marshall began directing a few episodes, which led her into directing some massive blockbuster films later on.

3. “Big” Became The First Movie to Gross Over $100 Million That Was Directed By a Woman

GettyPenny Marshall at the 2008 SAG Awards

Once she started getting behind the camera, she directed several well-known films, including “Jumpin’ Jack Flash,” “Renaissance Man,” and “Riding in Cars with Boys,” among many others. She also produced movies such as “Cinderella Man” and “Bewitched.”

However, her big break came with two movies starring Tom Hanks – “A League of Their Own,” and “Big.” “Big” became the first movie to gross more than $100 million that was directed by a woman. “Big” centered around a 12-year-old boy named Josh Baskin who makes a wish that turns him into a 30-year-old man, where he goes on to get a job at a toy company. Eventually, after a co-worker takes a romantic interest in him and life as an adult starts to overwhelm him, Josh long to return to his simple life as a pre-teen.

4. Marshall Has Received Several Awards Throughout Her Years as an Actress, Director and Producer 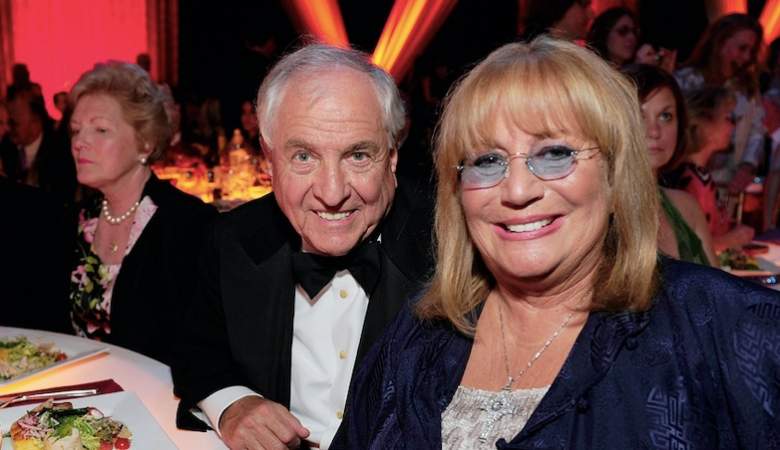 Marshall has been honored with several awards over the years, including the Creative Achievement Award, Golden Swann Award, Icon Award, Career Award, High Hopes Award, and many others. Check out a full list of all 15 wins and 6 nominations on IMDb.

According to Celebs Net Worth Today, “Awakenings” was nominated for an Academy Award for Best Picture, and in 1991, she was awarded the ‘Women in Film Crystal’ Award. In 2013, she received the ‘Women of Vision Award’ from the organization Women in Film and Video.

She was nominated for a Golden Globe for “Best Actress in a Television Series – Comedy or Musical” three years in a row for her role on “Laverne & Shirley.”

5. She Was Married Twice, Has One Daughter & Fought Lung Cancer Before Succumbing to Diabetes-Related Complications on December 18, 2018

AZ Republic Obituary/GettyPenny Marshall was married to her first husband, Michael Henry, in the 1960s.

Marshall married her first husband, Michael Henry, in 1961 while they were both attending the University of New Mexico. She had a daughter named Tracey before divorcing three years later. She went on to marry actor and director Rob Reiner in 1971, who she was married to for 10 years, according to Celebrity Net Worth. Reiner adopted Tracey and raised her as his own daughter.

She was diagnosed with lung cancer in 2010, and fought it for two years before she was finally in remission. According to Celebs Net Worth Today, her good friend and fellow actress Carrie Fisher supported her through her battle with cancer.

Read More
5 Fast Facts, Celebrities, Net Worth 5 Fast Facts
Penny Marshall passed away on Monday from complications related to diabetes, according to a statement from her family. Read on for information about her net worth.