Getty Rose McGowan is worth approximately $6 million, according to Celebrity Net Worth. Read on for more information on her career, investments and endorsements.

Rose McGowan, the former actress-turned-activist and one of Harvey Weinstein’s first accusers to come forward with allegations of sexual misconduct by the movie mogul, is one of the most prominent faces of the #MeToo movement.

Before McGowan became an important voice of the #MeToo movement, she was featured in several TV shows and movies, and had several large endorsement deals. Here’s what we know about her net worth and career:

McGowan is Worth $6 Million in 2019, Much of Which Came From Her Years as an Actress

McGowan is reportedly worth approximately $6 million today, according to Celebrity Net Worth. Before she turned her focus on activism and taking down Harvey Weinstein, McGowan was an actress for several years.

She is best known for her roles in movies such as “Scream,” “The Black Dahlia” and the double-feature “Grindhouse,” directed by Robert Rodriguez and Quentin Tarantino. Although she rose to notoriety for many of her movies, her breakout role was from the TV show “Charmed” in 2001. She appeared in 112 episodes of the series, starring as a witch named Paige Matthews.

McGowan reportedly made $5 million alone on movies such as “Going All The Way,” “Devil in the Flesh,” “Ready to Rumble,” “The Black Dahlia,” and the 2011 remake of “Conan the Barbarian.”

Her first movie role was in the Pauly Shore comedy “Encino Man,” which led to her acclaimed role in the film “The Doom Generation,” according to Celebrity Net Worth. She was nominated for “Best Debut Performance” at the Independent Spirit Awards for her role in “The Doom Generation.” 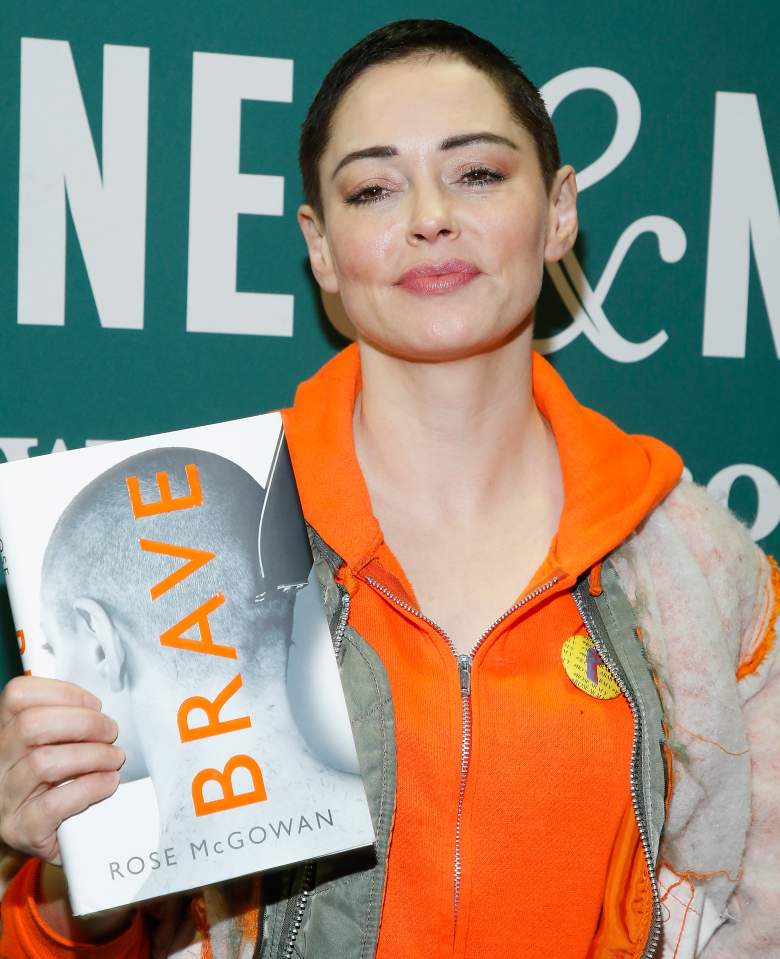 She also received around $500,000 from her endorsement deals over the years as an ambassador for the Palladium jewelry line and was the face of the clothing line Bebe from 1998 to 1999, according to Earn The Necklace. Throughout her career, she has also been featured on the cover of multiple magazines such as Seventeen, Maxim, GQ, Entertainment Weekly, and Rolling Stone. She also recently published a book titled “Brave,” which documents the realities of Hollywood’s misogynistic ways and treatment of women.

McGowan owned a beautiful villa in the Los Feliz area of Los Angeles in 2004. The house was nearly 5,000 square feet, had four bedrooms, arched doorways, a large balcony, and French doors opening out into the gardens. She listed it on the market in 2011 and it sold for $1.8 million, according to ETN. She purchased a different, smaller home in the same area after selling her house.

She reportedly sold her home to cover the legal costs and council she had been receiving ever since she began publicly speaking out against Harvey Weinstein. “I am having to sell my house right now to pay legal bills fighting off the monster,” she said, according to the Daily Mail.

Harvey Weinstein Payed McGowan a Settlement of $100,000 After Allegedly Raping the Actress in 1997 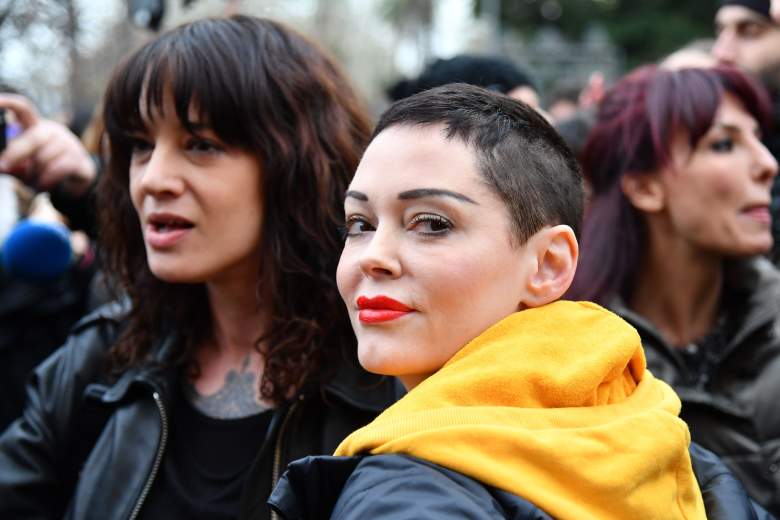 Italian actress Asia Argento (L) and US singer and actress Rose McGowan, who both accuse Harvey Weinstein of sexual assault, take part in a march organised by ‘Non Una Di Meno’ (Me too) movement on March 8, 2018 as part of the International Women’s Day in Rome. – ‘Non Una Di Meno’, which translates as Not One (Woman) Less, is the equivalent of the movement that grew out of the Harvey Weinstein-spurred sexual harassment and rape revelations. (Photo by Alberto PIZZOLI / AFP) (Photo credit should read ALBERTO PIZZOLI/AFP/Getty Images)

In the bombshell report by the New York Times that uncovered decades’ worth of allegations of sexual assault against Harvey Weinstein, McGowan revealed that she was allegedly paid a $100,000 settlement in response to an incident that took place during the 1997 Sundance Film Festival. McGowan claims that Weinstein raped her in a hotel room during the festival, and she settled for $100,000 and signed a Non-Disclosure Agreement in return for her silence.

“I told the head of your studio that HW raped me. Over & over I said it. He said it hadn’t been proven. I said I was the proof,” McGowan wrote. “I had already sold a script I wrote to your studio, it was in development. When I heard a Weinstein bailout was in the works … I forcefully begged studio head to do the right thing. I was ignored. Deal was done. Amazon won a dirty Oscar … I called my attorney & said I want to get my script back, but before I could, #2 @amazonstudios called to say my show was dead … I am calling on you to stop funding rapists, alleged pedos and sexual harassers. I love @amazonstudios but there is rot in Hollywood.”

McGowan has since been extremely vocal about the incident with Weinstein, and quickly became a catalyst for the #MeToo movement. Besides the rape allegation, McGowan also accused Weinstein of blacklisting her and damaging her career.

READ NEXT: Tracy Tutor Maltas’ Net Worth Is Unknown

Read More
Celebrities, Net Worth
Rose McGowan is worth approximately $6 million, with much of that from her years as an actress. Read on for more information on her career, investments and endorsements.