Denise Richards returns with the other ladies of Real Housewives of Beverly Hills tonight at 9/8c, and Bravo is promising a “crazy,” “epic,” “unbelievable,” and “shocking” season for all you RHOBH fans out there.

The trailer for the newest season was released back in December, and opens with headlines teasing some major drama between the ladies. Fans can expect this to be a season of lies, heartbreak, and betrayal by the looks of the trailer.

Richards has had a long and illustrious career, and has garnered herself a $12 million empire in the process, according to Celebrity Net Worth. Much of her net worth stems from her time as an actress, fashion model and reality television star. Here’s what you need to know about Richards’ net worth:

1. Richards Started Modeling When She Was a Teenager & Traveled The World For Work

Richards was born in Illinois, and moved to California when she was still a teen, after her father grew tired of the harsh Midwestern winters. After graduating high school, Richards started modeling, traveling to Paris, Tokyo and New York for work. She quickly made a name for herself in the modeling world, which propelled her into doing print and television commercials.

MSN recently reported that the actress had voluntarily had her child support payments from Charlie Sheen reduced after signing on to star on RHOBH. 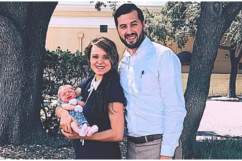 2. She Snagged Her First, Breakthrough Role For The Sci-Fi Movie “Starship Troopers”

Wishing we were back home…. #malibustrong

It wasn’t long until she started getting roles on shows like Beverly Hills, 20210, Seinfeld and Melrose Place, before transitioning to film acting. Her breakthrough role started as sci-fi soldier Carmen Ibanez in the film “Starship Troopers” (the 1997 film based on the Robert A. Heinlein book). She eventually landed a huge role in the James Bond film “The World Is Not Enough” as Bond girl Christmas Jones. She has also been featured in shows and movies such as Friends, “Undercover Brother,” “Scary Movie 3,” and her critically acclaimed role in “Drop Dead Gorgeous.”

3. She Was Signed on For a $4 Million Deal With Real Housewives of Beverly Hills

Richards has found plenty of fame through her appearances on reality TV as well. She is currently starring on Bravo’s Real Housewives of Beverly Hills, with a reported $4 million paycheck. In 2009 she competed on the reality television series Dancing with the Stars. She also starred in her own reality TV series titled “Denise Richards: It’s Complicated”, which appeared on the E Network.

Speaking to People about her role on RHOBH, she said: “I am looking forward to spending time with all the ladies… and hopefully meeting Boy George!!” referencing Dori Kemsley’s close friendship with the pop star, whom she shares a house with. 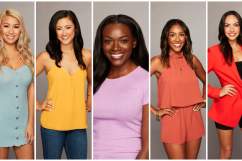 Who Quits & Leaves The Bachelor Tonight?

4. She Was Married to Charlie Sheen & Shares Two Children With The Actor

Richards was married to Two and a Half Men actor Charlie Sheen for several years, and the former couple share two children. The two first met on the set of “Loaded Weapon” in 1991, although others claim it was while filming Good Advice in 2000.

In 2016, Richards sued Sheen for raiding a $7 million trust that was meant for their daughters, Sam and Lola, and for the previous eviction incident (when Sheen kicked Richards and their children out of his house), according to Daily Mail.

5. She Was Dubbed The “Worst Bond Girl” of All Time & Won A Razzle Award For Worst Supporting Actress

Here we go? 2019…. #rhobh And I’m terrible with this Instagram thing. I will get better. I don’t even know how to do a link? http://www.bravotv.com/the-real-housewives-of-beverly-hills/season-9/videos/heres-one-thing-you-need-to-know-about-denise

After her appearance in the James Bond film, “The World Is Not Enough”, Entertainment Weekly magazine dubbed her “the worst Bond girl of all time”. She also “won” the 1999 Razzle Award for “Worst Supporting Actress,” according to Celebrity Net Worth.

She has been nominated for 7 awards, including Favorite Actress – Action and Favorite Female Newcomer for the Blockbuster Entertainment Awards, and an MTV Movie and TV Award. She won a shared award for Best Ensemble Cast for the movie “American Satan.” Check out the full list of awards and nominations here.

Read More
5 Fast Facts, Celebrities
Denise Richards is worth $12 million in 2019, according to Celebrity Net Worth. She has garnered most of her worth through acting, modeling and reality television.