Julian Edelman, New England Patriots’ wide receiving star, helped the Pats win two AFC Championships and a Super Bowl Championship in 2015. Edleman has played with New England for his entire career, and was drafted #232 in the 2009 NFL Draft. He has since remained a top wide receiver on the team, with a current, four-year contract of $17.5 million.

According to Celebrity Net Worth, Edelman’s estimated net worth is approximately $25 million. Most of his wealth was acquired over his years with the NFL, although the WR has also released several books, including “Flying High,” “Flying High 2,” and his memoir, “Relentless.”

Here’s what we know about Edelman’s net worth in 2019:

According to Hero Sports, Edelman has career earnings of $26.22M over ten seasons as of 2018, which ranks 465th among active NFL players last year. He ranked 12th on the Patriots active roster in 2018 with a $3.73 million cap hit, which was 2.1 percent of the Patriots’ cap total for the season. Edelman’s cap hit for 2019 of $4.67 million ranks 366th overall in the NFL, including “any and all roster and signing bonuses,” Hero Sports reports. 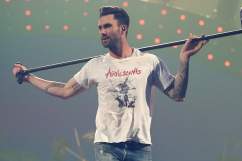 2. He Played Football Throughout High School & College Before Drafting 232nd With The NFL 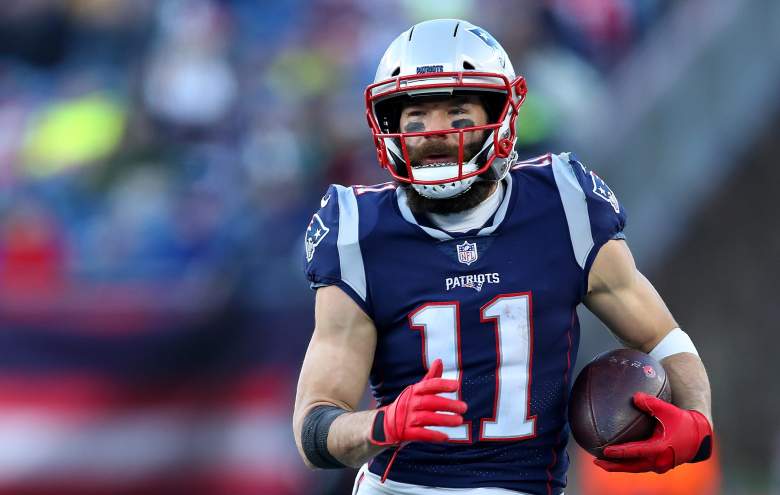 Edelman played for Woodside High School’s football team while he finished off his high school years, according to The Richest. He recorded 2,237 yards and 29 touchdowns passing, with 964 yards and 13 touchdowns rushing.

Once he entered college, he decided to join the Kent State Golden Flashes football team. During his tenure with the team, he was named as the “Kent State University Offensive Player of the Year” and a Second-team All-MAC in 2006, The Richest reports.

“The New England Patriots selected him as the seventh round, 232nd overall pick during the 2009 NFL Draft,” according to The Richest. “Edelman was one of the members of USA Today All-Joe Team in 2013. During his stint with the team, they won against Seattle Seahawks during the Super Bowl XLIX in 2014.”

3. Edelman is a Best-Selling Author of a Memoir & Two Children’s Books

“Flying High” was a collaboration between Edelman and his creative partner Assaf Swissa, and was illustrated by David Leonard and published by Superdigital, according to CBS Sports. The books are loosely based on true events of Edelman’s life, according to CBS, with the first edition of the “Flying High” series noting that the Patriots’ receiver “grew up among the Redwood trees of Northern California” and earned the nickname “Squirrel” in professional football because he’s “small, speedy and energetic.”

The book, a second in the series, is about a scrappy squirrel named Jules who teaches young readers about persevering and believing in themselves. Back with his toughest challenge yet, Jules teams up with his friends Tom the Goat, Danny the Fox and Dont’a the Rhino to face the furious falcons.

He also became a New York Times best-selling author thanks to his October, 2017 memoir “Relentless,” which he released shortly before writing the sequel to “Flying High.”

4. He Lost Nearly $1 Million Over a Four-Game Suspension in 2018 for Drug Violations

Throughout his career, Edelman has been fined and suspended, which has lost him a fair bit of money. In 2016, he was fined $26,309 by the NFL for hitting Deone Bucannon during the match, according to The Wealth Record.

He also faced a four-game suspension in 2018 following a reported violation of the NFL’s policy on performance-enhancing drugs (PEDs). Although he appealed the decision, the NFL upheld their decision to suspend him, and Edelman dealt with significant loss of income over the suspension, according to Forbes.

5. He Has Brought Home Several Awards Throughout His Career

Edelman was awarded the “Best Game Award” against the Patriots vs. Falcons at the Super Bowl LI,” according to Celeb Net Worth Today. Rapper Snoop Dogg presented the award to Edelman. According to The Wealth Record, Edelman was also listed 87th on the NFL Top 100 Players of 2016, as well as a Super Bowl champ.

Tune in Sunday at 6:30 p.m. on CBS for kickoff, and catch some of the pregame coverage all day starting at 11:30 a.m until kickoff.