Getty Mama June, whose real name is June Shannon, stars on the hit reality series "Mama June: From Not to Hot."

Mama June, whose real name is June Shannon, is a reality television personality who makes approximately $50,000 per episode of WE tv’s hit reality series Mama June: From Not to Hot. Her net worth in 2020 is between $1-1.5 million, according to The Cinemaholic and Cheat Sheet.

Born in 1980 in McIntyre, Georgia, June first rose to fame through the reality series Toddlers and Tiaras, as well as her daughter Alana Thompson’s spinoff, Here Comes Honey Boo Boo. The reality star has continued to gain attention throughout the years and has built herself a comfortable net worth over the last decade. Keep reading for a rundown of Mama June’s wealth and how she’s earned it: 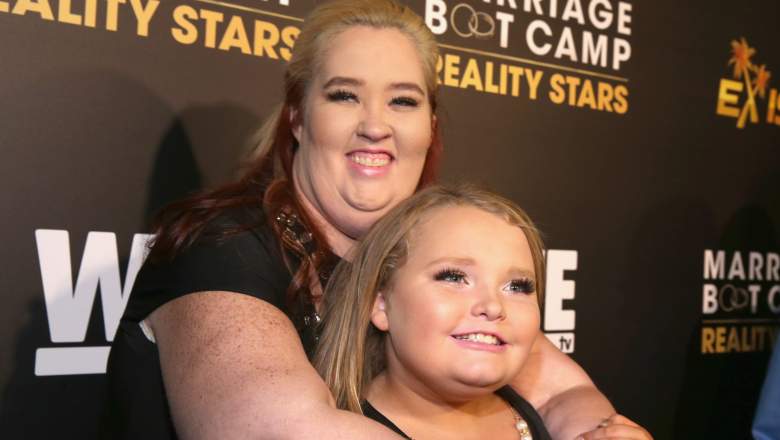 She Got Her Own SpinoffMama June: From Not to Hot in 2017

Mama June from Not to Hot! Tune in Feb 24th on @wetv to see how I did it! #Grmedia @grmedia @natashafett

After Here Comes Honey Boo Boo was canceled, June featured on a variety of other reality shows, including WE tv’s Marriage Boot Camp: Reality Stars in 2015. However, her career really took off after she landed her very own reality show – Mama June: From Not to Hot, which showcases June’s shocking weight loss transformation and her life after receiving gastric sleeve surgery.

According to The Wealth Record, June’s family made $50,000 per episode while Here Comes Honey Boo Boo was airing, and she continues to make approximately the same per episode of From Not to Hot.

There is some discrepancy with June’s reported net worth however; according to Celebrity Net Worth, June’s gross income is only $50,000, although several outlets state that she gets paid $50,000 per episode, so it’s unclear why the site reports such a significantly lower number. We believe her net worth to be a great deal higher than what the page states, as reported by numerous sources.

The site also reports that June is still in a relationship with Alana’s father, so it appears the page hasn’t been updated in quite some time.

#ad Going strong with my @boombod program! Been taking my shots and avoiding those late night cravings ? For anyone wondering these are actually really tasty so they’re easy to stick with, and they’re buy one get one Free tonight – try them out ?

June, like many reality stars, promotes several sponsored products on her Instagram page. Some of the products she promotes include Teami tea detoxes and Boom Bod weight loss drinks. June usually adds a code to her promotional posts to help fans get discounts on the sponsored products.

“Going strong with my @boombod program! Been taking my shots and avoiding those late night cravings,” she captioned the photo above. “For anyone wondering these are actually really tasty so they’re easy to stick with, and they’re buy one get one Free tonight – try them out.”

#TBT This was a fun shoot with @people magazine #mamajune #fromnottohot

Mama June has done a plethora of photoshoots for various publications throughout the years, including several spreads for People Magazine; however, it’s unclear exactly how much money she brings in from photoshoots and promos.

New episodes of Mama June: Family Crisis air on Friday nights at 9 p.m. ET on WE tv. In the meantime, you can find all the latest in TV coverage and entertainment news here.