Alex Trebek has died after battling pancreatic cancer according to TMZ. Trebek, known as the longtime host of Jeopardy!, was 80-years-old. In March 2019, he revealed his diagnosis.

“Just like 50,000 other people in the U.S. each year, this week I was diagnosed with stage 4 pancreatic cancer,” Trebek said in a video message on Jeopardy! “Now normally the prognosis for this is not very encouraging, but I’m going to fight this, and I’m going to keep working, and with the love and support of my family and friends, and with the help of your prayers also, I plan to beat the low survival rate statistics for this disease. Truth told, I have to, because under the terms of my contract, I have to host Jeopardy! for three more years,” he added. “So help me keep the faith, and we’ll win. We’ll get it done. Thank you.”

Trebek has been the host of Jeopardy! since 1984 and has over 50 years of hosting experience, Newsweek noted. In 2020, he hosted the 37th season of the trivia show.

A Message From Alex Trebek | JEOPARDY!"Hi everyone, I have some news to share with all of you and it’s in keeping with my longtime policy of being open and transparent with our Jeopardy! fan base. I also wanted to prevent you from reading or hearing some overblown or inaccurate reports regarding my health. So therefore, I wanted to be the…2019-03-06T22:03:32Z

Here’s what you need to know about his net worth:

1. Trebek Had a Hefty Salary From Jeopardy! 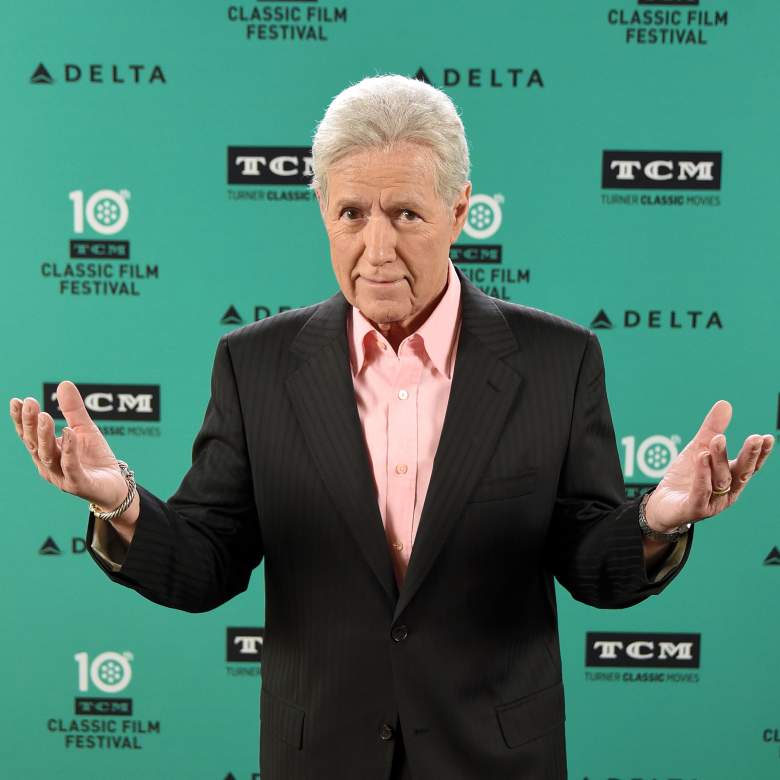 For each season of Jeopardy, Trebek made $18 million, Celebrity Net Worth said. 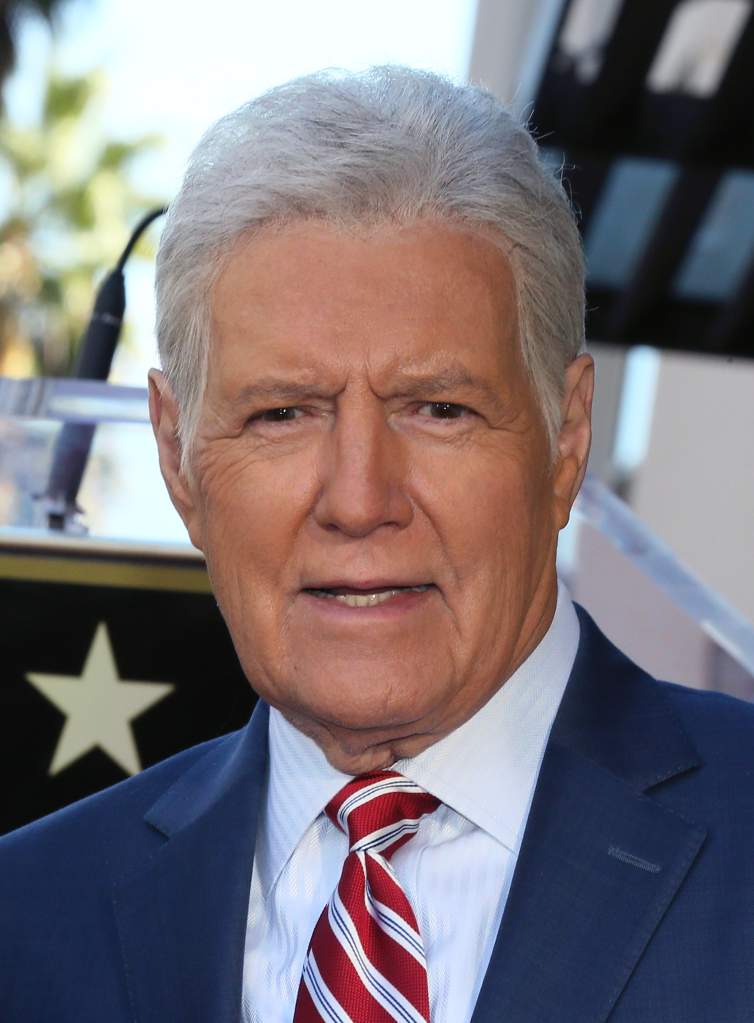 Alex Trebek attends Harry Friedman being honored with a Star on the Hollywood Walk of Fame.

At the time of his death, Trebek was worth $75 million according to Celebrity Net Worth. This is a big jump from 2018 when his net worth was listed at $50 million.

Trebek made generous donations from his huge income. In March 2020, he gifted the Hope of the Valley Rescue Mission, a homeless outreach organization, with a $100,000 gift.  In an Instagram post, the CEO Ken Craft shared the story of Trebek making the donation:

Recently I was sitting in my office and I received a phone call from Alex Trebek. He said he would like a tour of our new shelter being built. I gave him a tour of the NoHo shelter and the navigation center. Two weeks after that, he asked if I would come to his house. I went to his house and he said he wants to contribute to the homeless crisis and he handed me a check for $100,000.

In June, Good Morning America reported that Trebek and his wife, Jean, donated another $500,000 to the Mission.

Recently I was sitting in my office and I received a phone call from Alex Trebek. He said he would like a tour of our new shelter being built. I gave him a tour of the NoHo shelter and the navigation center. Two weeks after that, he asked if I would come to his house. I went to his house and he said he wants to contribute to the homeless crisis and he handed me a check for $100,000. I gave him a hug and asked if I could have a picture, he said you’ll have to come to @jeopardy , so my wife and I went to Jeopardy and got a picture with Alex a couple weeks ago. What an incredibly kind, gracious and generous man. We continue to pray for his health and healing. Thank you Alex and Jean Trebek! #jeopardy #alextrebek #hopeofthevalley #grateful #payitforward 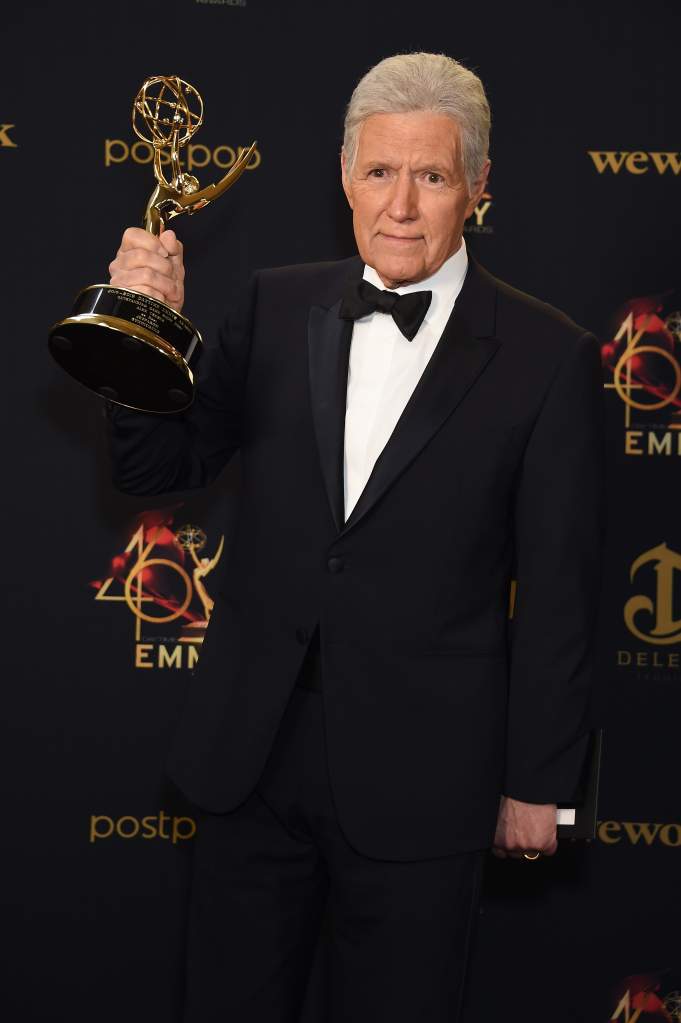 According to Celebrity Net Worth, Trebek filmed five episodes per day. For each episode, he made around $78,000 which means at the end of the day he had earned about $391,000. Jeopardy! filmed 46 days a year.

4. Trebek Hosted Other Shows Besides Jeopardy!

Jeopardy! is saddened to share that Alex Trebek passed away peacefully at home early this morning, surrounded by family and friends. Thank you, Alex. Read more in the link in our bio.

All of Trebek’s wealth didn’t come from hosting Jeopardy!

Over the five decades he has been a game show host, he has hosted shows like NBC’s Wizard of Odds in 1973, Double Dare, The New Battlestars and Super Jeopardy! He also hosted Reach for the Top, a high school trivia program, in 1966. He then moved on to host shows like The $128,000 Question and The New High Rollers.He also hosted a show titled Pitfall, but the show was short-lived and he never received pay because the production company went bankrupt, Celebrity Net Worth pointed out.

After he took over Jeopardy! in 1984, he still hosted other shows. He served as the host for a NBC game show called Classic Concentration from 1987 to 1991.

WIZARD OF ODDS opening credits rare NBC daytime game showWIZARD OF ODDS was not an auspicious beginning for ALEX TREBEK in the US, but he more than made up for this short-lived show with HIGH ROLLERS and JEOPARDY!2016-10-03T23:51:01Z

Trebek’s first gig as a game show host was for a Canadian music show called Music Hop in 1963. He entered the television business when he began working for the Canadian Broadcasting Company after he graduated from the University of Ottawa in 1961. According to Good Housekeeping, he was a staff announcer where he “covered the news, weather, and regional sports on radio and television broadcasts.”